Over 1000 people shut down the French city last weekend, in a major demonstration against Adama Traore’s death in police custody 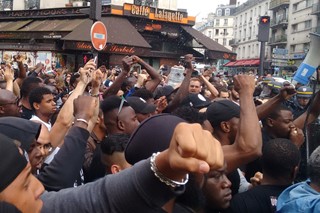 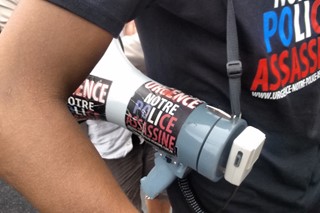 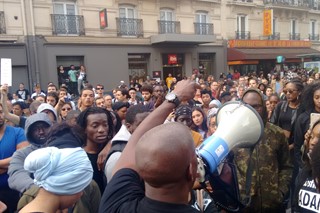 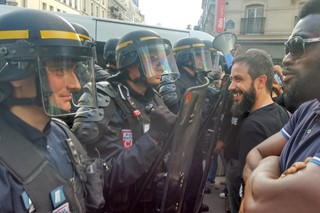 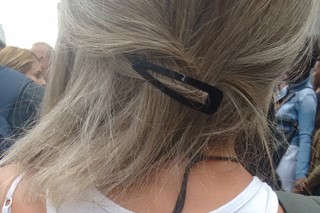 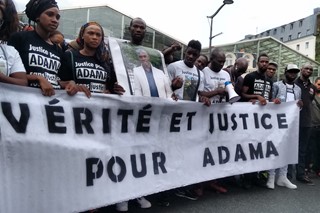 When Adama Traore died in police custody, cars burned in the suburbs of Paris. Black, 24-years-old, and previously healthy, it’s hardly surprising his death on July 19 provoked riots. Protests in the suburbs have since simmered down, but at a major demonstration in the centre of the city on Saturday July 30, tensions flared once more between the police and aggrieved, grieving ethnic minorities.

Adama was arrested in Beaumont-sur-Oise, 20 miles to the north of Paris, as part of an operation targeting his brother, Bagui. The police initially claimed he died of an unexpected heart attack, but Bagui says he saw Adama being violently restrained by multiple policemen. An autopsy revised the cause of death to a severe, undetected infection. A second autopsy opted for ‘asphyxiation’. The cause of this asphyxiation was left unspecified. Bagui was released without charge.

As I pass a skulking phalanx of riot police and round the corner to the Gare du Nord, I come upon a waiting crowd of over 1000 demonstrators. It is a model of mixité: poly-ethnic, full of children and flirting teenagers, bustling but calm. My immediate sense is that this march is something new, even if police harassment and discrimination are not. Though the usual propaganda-wielding anarchists and Communist Party members circulate, many of the crowd are clearly not regular demonstrators. So what has driven them onto the streets?

“There’s now a dictatorship in France,” says Riad, 30. He is referring to the state of emergency imposed in the wake of the November 2015 attacks in Paris, legalising warrantless police raids and the imposition of house arrest without recourse to a jury. The étatd'urgence was renewed following the recent ISIS-linked truck attack on revellers in Nice, but Riad sees this very incident as proof the policy is not being used to effectively combat terrorism.

“There are a lot of police and soldiers in the streets, but there are still big massacres,” he continues. “So what are they doing? Who are they here for? It’s clear they are here to watch us. It’s the first time things have become this dark in France.”

Another demonstrator takes issue with the assertion that Adama’s death is merely a product of recent tensions. Mainela, 34, says her brother Sayarath died some years ago as a result of the brutal incompetence of the French police, falling from an eighth storey window as he tried to escape an apartment raid that should have targeted a neighbour.  Riad nods sympathetically. “It can happen to anyone,” he says. “That’s why we’re here today.”

But though “it can happen to anyone”, it mostly seems to happen to young, black men like Adama.

Events begin with a brief address from his sister, Assa. She implores the crowd not to accept the official verdict: “My brother is dead, but tomorrow it could be your brother, your uncle, your mother. Who killed my brother?” she asks, choking up with tears. The crowd think they know the answer, and they surge away down the street, towards the police.

“Justice is for all people, and I respect justice, but it has to be for the black man too, for the Arab, for the people from the hood” – Tiro, 18

President Françoise Hollande has recently attempted, unsuccessfully, to use the étatd'urgence to ban street protests in Paris, and it is clear the police are here to do what their president could not. (Today’s march was not granted permission, with the authorities claiming they were not given enough notice to “preserve public order” or ensure “the safety of the protesters”.) The crowd is allowed to cover perhaps 100 yards of Parisian tarmac before the cops move in. Guillotine-quick, they trap the marchers in the street leading away from the station.

The French riot police (or CRS) are notoriously heavy-handed. Clad in Robocop armour and carrying pistols alongside their truncheons, they wear no numbers on their uniforms. As soon as the march meets the police lines there is a clash, shouts, and a flurry of batons. As they will do all afternoon, it is the stewards who restore a fractious peace, linking their arms and coming between the snarling CRS and the incensed protesters.

The marshals wear black t-shirts emblazoned with the slogan “without justice, you never have peace”. Most are young black men themselves. When I approach one raucous knot of youths during a lull in the action, they say they were personal friends of Adama, and nominate Tiro, 18, as their spokesperson. In effect, though, they speak as a collective, interrupting one another to argue, take the piss, and finish one another’s sentences. “Not all the cops are bad,” Tiro says. “But they use contrôles to make life difficult for black people and Arabs.”

Roughly equivalent to British stop-and-searches, contrôles were last year ruled to be ‘grossly negligent’ racial profiling by the French Court of Appeal. Black and North African people are six to eight times more likely to be stopped than white people, and Tiro and his friends say they have all been repeatedly harassed by the police for the crime of being young, black and poor. “Justice is for all people, and I respect justice,” Tiro says. “But it has to be for the black man too, for the Arab, for the people from the hood.”

The protest is trapped and will move no further. But nor is there any repeat of last week’s political violence: Adama’s family have requested a peaceful demonstration, and sporadic bursts of aggression are quickly shut down by the marchers themselves. A minute’s silence is held, flares, chants and fists are raised, and more speakers take the megaphone (until it is confiscated by the CRS). Friends, family and campaigners speak passionately and at length, as people swarm up scaffolding to get a better view.

The ugliest moments come as the protest winds down four hours later, and the CRS enforce a quasi-contrôle on the remaining few hundred protesters. As tempers fray, an open-topped tourist bus rolls past the battalion of riot police. Tourists gawp, point, snap pictures. The sight of armour-clad, gun-toting policemen lashing out with batons at unarmed black youths is a rare fracture in their picture-perfect tour of the French capital. For Adama’s friends and family, it merely confirms what they knew already: that black lives do not matter to the Parisian police.