From Donald Duck on Viagra packaging to manga characters on Chanel carrier bags, artist Ben Frost is cashing in on the discarded advertising that he finds in the streets 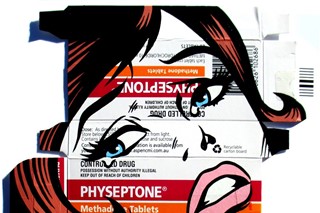 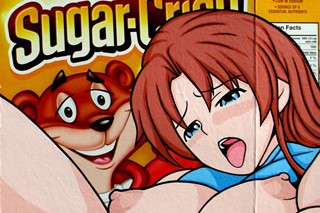 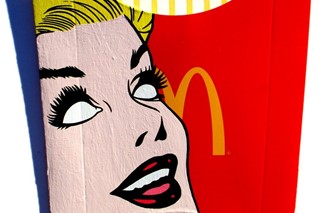 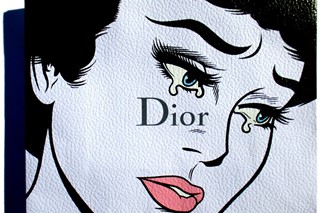 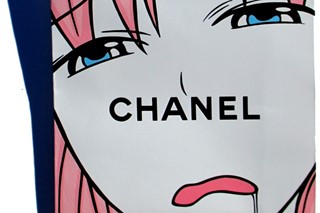 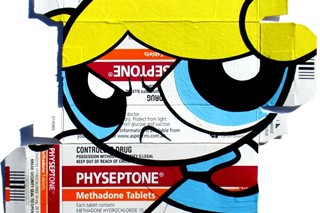 There's so much advertising around us every day that it often feels that you could literally pick it up off the street – which is what Melbourne-based artist Ben Frost is doing. His awareness of the direct environment and how much we are consuming was intensified when he started painting familiar cutesy characters onto discarded product packaging that he would find lying about outside of grocery stores.

In an attempt to one-up the branding system, Frost’s process involves taking this existing corporate fluff and returning it back into the world with its own new and noteworthy message. “If the companies are trying to place these items in my house or on my streets, whether purchased or as trash, then I think it’s fair to claim ownership of it, make art out of it.”

His passionate dislike for advertising just so happens to manifest as a deep and inherent love affair for it – the push and pull versus the repulsion which eggs him on. Mickey Mouse may have entertained us all at some point  but we were also oblivious to the fact that he was a profitable puppet hanging from the strings of the Disney’s empire, just as much as those golden arches are to McDonalds on the box that Frost paints him over. Even if we’re now more conscious of these messages and approaches, relationships are formed with these characters and logos as soon as we exit the womb.

“If the companies are trying to place these items in my house or on my streets, whether purchased or as trash, then I think it’s fair to claim ownership of it, make art out of it” – Ben Frost

Aware of the ever-increasing ad space that is planet Earth, he quips, “I think our current interest in travelling to Mars is purely so we can find more places to stick billboards.” With advertising so widely accepted as part of our environment, Frost likes to create dialogues about not only the impact of advertising on society but also how enthusiastic we ourselves are towards it as consumers. “It's almost as if we were put on this earth to destroy it – conservation and sustainability are the boring channels we gloss past while searching for the next episode of 'Game of Thrones'.”

On show at LA’s Soze Gallery this month, Frost takes these ideas for his exhibition Brand X, which  sees sexualisation unpicked in the context of advertising and consumerism. Whether bearing an obviousness that is completely intended or a subtlety that’s supposed to go unnoticed, the imagery reveals the sexual act as a metaphor for our intimate experiences with corporations.

Five of the most explicit anime films ever
Arts+CultureLightboxStreet ArtArtDisney