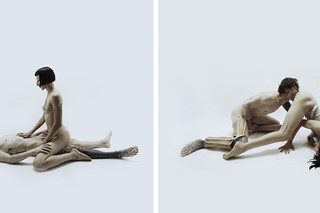 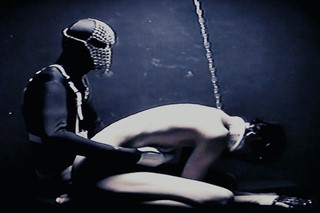 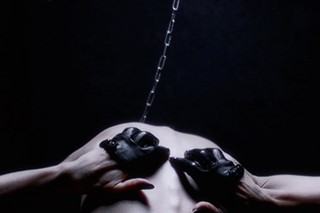 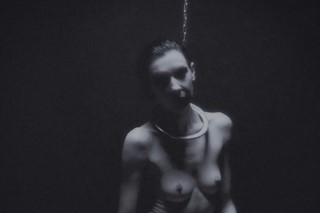 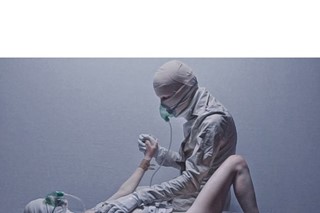 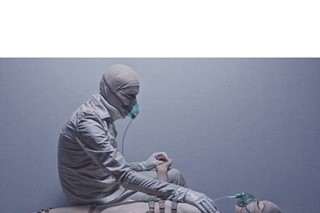 Inside Flesh was born out of resistance to such norms, as well as the need to evolve. “IF and SUKA OFF are two very different platforms and the first one starts where the latter cannot reach,” Wegrzynski said. “The hyper-narrative world where everything is possible starts where the timeline of SUKA OFF stage stories reach their limit.” From its inception, SUKA OFF was about exploring “human carnality in all its biological and physiological aspects.”

The collective pushed limits of gender and communication with live performances and club appearances, installations and visual art. But although no sexual intercourse ever took place, they were accused of making pornography. At one point, they were even sued for allegedly showing pornographic content to an underage audience at one of their events. Despite the prosecution’s inability to find any evidence of illegal acts, the duo were labeled as “pornographers and scandalists anyway.” Festivals and galleries became “instantly unavailable.”

For one, the emphasis on “fashion porn” is sometimes misinterpreted as clothing fetishes. “Wearing leather clothes, touching them, rubbing wouldn't turn us on,” said Wegrzynski, who describes the featured couture as a valuable part of foreplay and Inside Flesh as a “crash test” for outfits that look good during sex. “It is not hard to shoot a sex scene wearing only a few straps of underwear,” Lajbig added. “When you have on yourself extremely limiting range of moves full leather armour by Leonard Wong or low crotch pants and hoodie by Monarc1, things start to complicate. All these clothes are sexy in their own kind, but making them sexy during sex, obtaining the perfect balance between the flesh and fabric – that's another story.”

As for Inside Flesh, the creators say it imposes no such restrictions on its audience: “I have no limits or borders,” said Wegrzynski. ”I want to explore the sexuality of every sex and relationship.”