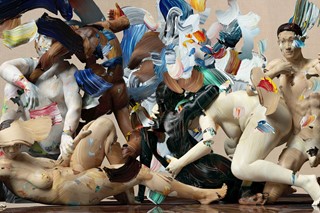 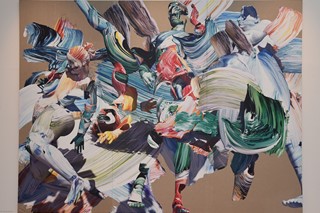 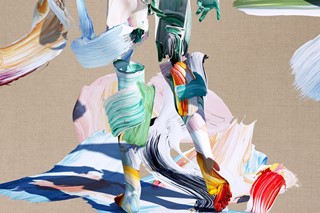 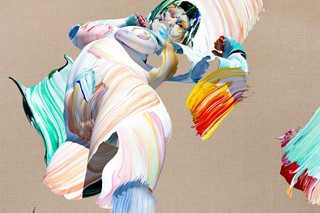 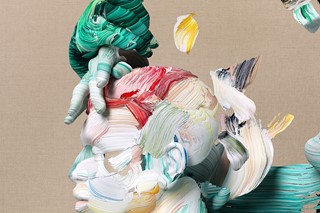 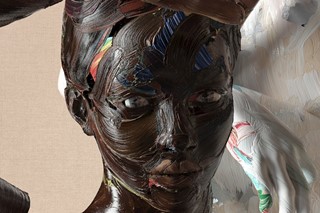 Is an artistic utopia possible? Even if it’s not, it’s an intriguing concept to explore – especially when it’s artist, shaman and co-founder of now-disbanded east London creative network and art collective !WOWOW!, Matthew Stone, leading the exploration.

If you are familiar with his work, then you’ll know that things are never as they seem, and Stone’s work both utilises and subverts traditional art techniques in order to redefine disciplines such as painting, performance or collaging.

Opening today at Somerset House in honour of the 500th anniversary of Thomas Moore’s book Utopia – where work by fellow artists, such as Ibrahim Kamara is also on display – his latest exhibition Healing Wounds debuts a series of digital paintings, created through computer-generated 3D sculpting, painting, and rendering that bring forth nude bodies from Stone's brushstrokes.

The interconnected bodies, he says, symbolise the importance of interdependence and collaboration with other people in order to “heal” ourselves. As such, while previous work has played with notions of whether utopia exists, Stone reveals that through Healing Wounds he instead explores identity and conflict resolution.

As England plunges deeper into darkness with the recent referendum result piling on top of pre-existing issues such as the cost of living, gentrification and the quashing of London’s culture that feel more dystopian than utopian, Stone’s Healing Wounds is a subtle reminder of how much more beautiful the world (and our art) can be if we celebrate one another.