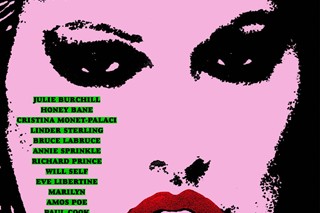 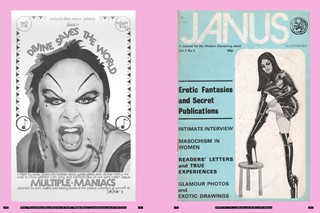 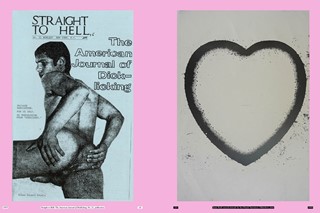 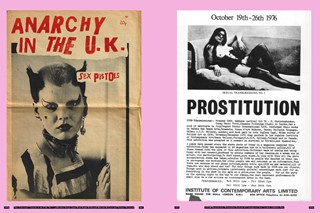 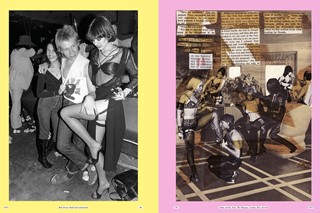 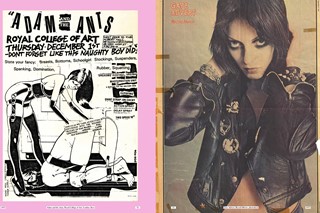 “Punk was often read as an almost asexual movement on account of its brutal aversion to romance”, writes archivist Toby Mott in the introduction of his new book Showboat: Punk / Sex / Bodies. Because punk wasn't bothered with mainstream recognition, it was able to subvert censorship and explore sex how and when it wished. Whether that was through Johnny Rotten’s vivid description of sex as “2 minutes and 52 seconds of squelching noises”, or through the sadomasochistic and bondage outfits that streamed out of Vivienne Westwood and Malcolm McLaren’s infamous King’s Road shop, SEX.

Designed by Dazed’s own Jamie Andrew Reid – who has colour-coded pages to differentiate between contributions (yellow) and archival material (pink) – Mott adds, "What we hope we have created is a visually-led celebration of punk culture, which examines the historical relationship between punk and sex, as well as punk’s legacy and enduring influence on our contemporary positions on sex and sexuality."

Showboat: Punk / Sex / Bodies – published by Dashwood Books – will be released as 1,500 copies, available via pre-order or at the NY Art Book Fair in September. Find out more about The Mott Collection here

Your guide to a safe acid trip
Arts+CultureLightboxNewspunkSexporn