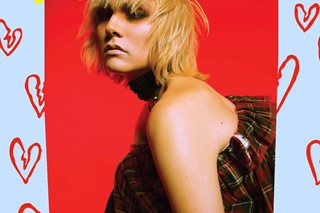 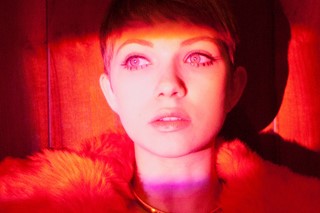 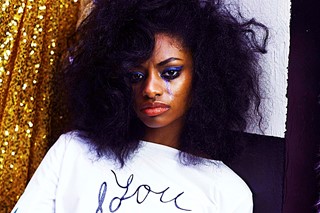 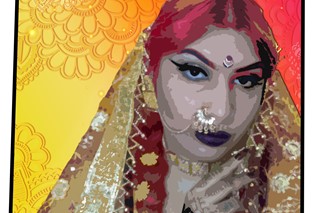 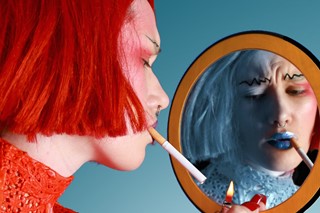 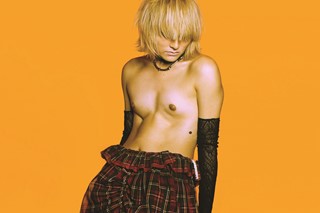 It’s been a whole six months since a new issue of Polyester last blessed our eyesight. But good things come to those who wait, and it seems the zine’s team have been biding their time by putting together incredible shoots with covergirls like Rookie founder Tavi Gevinson and trans designer GoGo Graham (who is brilliantly kitted out as a Gerard Way/My Chemical Romance groupie), digi-artist Molly Soda, Girls Only NYC founder and curator Antonia Marsh (fantastically draped in sausages, mind you) and singer-songwriter Rina Sawayama, to name a few. Launching on Tuesday – pre-order issue four here – with a party at Hackney’s MOTH Club, below we speak with founder Ione Gamble as she gives us the exclusive preview of some of the best bits.

Obviously all issues of Polyester have been brilliant – however, this one feels like a real push forward in terms of the people involved and the content, how are you feeling about it all?

Ione Gamble: I feel like for this issue, possibly for the first time, I've actually made very little compromise and just completely pushed the agendas the team and I care about as opposed to worrying about what other people think. Towards the beginning of production I got really tied up in the fact that some fashion PR's weren't loaning to us, or worried about what the industry thought and whether this issue was going to be better, how we should be scaling up all the time, making money and so on. Realising that these aren't the people I should be worrying about and instead focusing on what our community of contributors and readers wanted, and creating a publication that could be as weird or political as I felt was important was a really liberating experience and one that I think benefited the zine as a whole.

Do you think you'll ever cross over from zine to proper mag?

Ione Gamble: The main reason we started as a zine was because we didn't have a huge influx of cash to pour into the project. However, over time I feel like the publication has become more closely affiliated with the zine community and DIY culture in general, and I really appreciate the support circle existing within the zine scene provides. I also feel like the self-publishing community provides more room for marginalised communities to air their views, which is something really important to me. With that and the fact we are unfunded/non-profit in mind, for the foreseeable future I see us remaining a zine.

Tavi and Gogo Graham are your two cover stars for issue four, how did the conversation with Tavi begin?

Ione Gamble: When Tavi came to London late last year our mutual friend Eleanor Hardwick suggested we shoot an editorial for Polyester, it was all really last minute and we ended up shooting the cover at the Peckham Working Men's Club 24-hours after I received Eleanor's text asking if I'd be up for it. We then hung out with Tavi for a couple of days on the shoot and while she was in London, and I conducted the interview afterwards when she returned to NYC over the phone.

A lot has changed in the mainstream since Polyester began, particularly in the past year. Since the beginning you’ve always been genuinely vocal about your support for minorities, LGBT community, women etc… you mention in your editor’s letter that sometimes coverage of this can now risk feeling like tokenism, particularly when featured in the mainstream press – how, in your opinion, can this be avoided?

Ione Gamble: The most obvious way this can be avoided is by hiring the minorities you want to feature, but not only for 'minority issues'. Not every female who makes art is a feminist artist and not every viral campaign that launches is progressive or body positive, and I think the current urge to label everything as such is what often makes the wider coverage of these issues seem tokenistic, especially if it's from huge corporations or companies that have never cared for these issues before. I think there's a lot of good words on this from people we feature or who have contributed this issue, and people like Tavi, Liv Wynter and Victoria Sin can probably sum it up much more eloquently than me. But, unfortunately there's no one magic way to dissolve systematic oppression and it instead requires a lot of effort on all fronts but actually listening to what these people think or feel is a good start.

Lastly, in your editor’s letter for this issue, you mention it would be tough and maybe impossible to launch in the current climate – what advice would you give to people starting a zine/their own publication, in 2016?

Ione Gamble: I would say depending on the type of zine you make there are still ways around it if you're motivated. Try not to focus on the fact you're probably never going to make much money. Having the guts to actually launch something was most daunting for me because I didn't really think anyone would care about what I had to say. But writing for other zines and generally meeting inspiring women doing their own thing taught me it was possible for me too. Also working with a team who are also my really close friends really helps for affirmation and support!