When Bethany Lamont was a 22-year-old student she was suicidal. That’s what prompted her to set up Doll Hospital. “I sent out a tweet which was less “I hate myself and want to die” and more “Hey, does anyone wanna set up a mental health zine?” It turns out they did.

There’s nothing much out there like Doll Hospital. It’s an art and literature mental health journal which encourages an intersectional focus. Rooted in self-advocacy, it centres the voices of those who are largely unheard in the mainstream narrative of mental health. It aims to be an alternative and does an excellent job of it. It takes submission from anyone who has experienced mental health illness firsthand and wants to talk about it in their own words and on their own terms.

Today Issue Two has come out and addresses neglected issues within mental health: mental health within women’s prisons, coping with emotional impermanence, the intersection between mental health and physical disability, the stigma of mental health in Muslim society, dealing with being in a mental health ward whilst still in high school, to name just a few. There’s even a long-form poem about being an astronaut with anxiety. We spoke to Bethany about Tavi Gevinson, smug inspirational Instagram accounts and the manic pixie mental health girl.

Your guide to a safe acid trip
Doll Hospital4 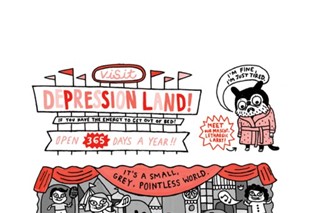 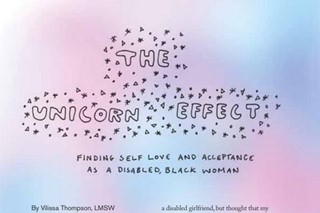 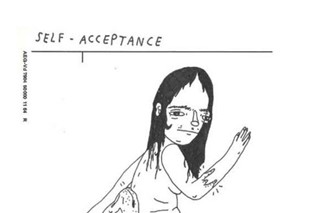 How did you go about creating it and what were your goals and aspirations from the outset?

Bethany Lamont: I was so clueless. We were lucky to have the support of some amazing editors such as Tavi Gevinson of Rookie and Nicole Cliffe of The Toast, without them I don’t think we would have got off the ground, this also helped us reach our target for our Kickstarter, which funded the print run of our first issue.

With the actual content I wanted to cultivate an environment which went beyond the “harrowing personal essay” popularised by popular online media, which seems to involve offering up the most traumatic pieces of your life in exchange for boosting some random magazine’s ad revenue. Equally mental health discussions are not some smug inspirational Instagram account and not everyone is gonna feel better through popular models of self care or it-gets-better rhetoric (though if that helps some people that’s great).

I don’t have my shit together, I’m severely mentally ill and I find basic stuff really hard. I’m in my mid twenties now, and I’ve had serious mental health problems since I was 10, so I’ve had mental health struggles for over half my life now. As a result, I want to cultivate a model of mental health discussion for people who might not necessarily get better, who might have to be on meds their whole life. I don’t want to talk about recovery, I want to talk about surviving.

“I want to cultivate a model of mental health discussion for people who might not necessarily get better, who might have to be on meds their whole life”

What do you think about the fetishisation of the mentally ill female and the damaged manic pixie girl idea?

Bethany Lamont: This is something I think about A LOT. Me, Cat Smith (who is a contributing editor at Doll Hospital) and Claire Biddles (who actually contributed a piece on this very subject for Issue One) are even working on a feature length documentary on these mental illness stereotypes in popular culture called Sad Girl Cinema. A lot of these issues of mental illness fetishisation are pretty obvious at first glance, it’s super white, middle class, focussed on youth, on a superficial level it seems centred on the male gaze.

These constructions genuinely fuck people up. We get so many submissions by mentally ill people shaming themselves because, unlike the movies, they don’t find having a panic attack or getting swallowed up by depression or psychosis as a radical creative experience. Actual mental illness is not inspirational, it’s just exhausting.

But it’s important to understand who these movies, these songs, these books mean the most to. And that so often is mentally ill young women and girls. I was a hardcore Virgin Suicides fan girl for years. I know the entire book off my heart, I can basically replay the entire movie in my head, scene for scene, it’s like a childhood friend to me.

From reading both of the issues it’s clear including experiences of people of colour and other minority groups is important to you.

Bethany Lamont: Mental health does not exist in a vacuum. We need to realise that certain individuals in our society are more vulnerable to trauma and mental illness than others. We can’t address our international crisis of mental health without questioning issues of police brutality, chronic illness, unemployment, physical disability, racism, shitty health care and homelessness. We need to question why the popular voices of mental health are so rooted in the politics of respectability.

The zine has an interesting use of comics and sketches. Does that work for you as a medium for talking about mental health issues?

Bethany Lamont: I’m a huge fan of using images, artwork and other playful forms for telling stories for a number of reasons. The first being that often difficult messy subjects require unconventional mediums, which favour urgency and the experimental over perfectly crafted prose or whatever. The picture book has always been a site of radical action (Maurice Sendak, Raymond Briggs and Tove Jannsson are three of my idols) and it’s no coincidence that the graphic novel has become the medium of choice for the trauma of history (thinking of the work of comic greats such as Joe Sacco and Art Spiegelman).

Secondly, I have learning and developmental disabilities, combined with attention problems as a result of mental illness. So I love reading but I don’t always find it easy to sit down and read a massive novel or something. Doll Hospital has to be accessible to those who need it, and that includes people who don’t, or can’t, read long form writing for pleasure.

What do you think about the current climate in the UK for those with mental health issues in 2015?

Bethany Lamont: In all honesty being a mentally ill woman in the UK in 2015 is rubbish. People are dying from losing their benefits, killing themselves from losing their benefits, hate crimes towards physically disabled people is at a critical high, homelessness is at a critical high, chronically ill people are struggling to get the help they need: all of this affects the climate of mental health.

Furthermore, as a first generation Syrian woman myself we need to prioritising the mental health needs of Syrian refugees seeking shelter in the UK, and of course elsewhere in the world too. There is so much trauma, so much suffering and we need to ensure health care is accessible and translators are available to ensure Syrian people, and any other refugees, seeking help, can access the help they need.