This profile is part of the On the Up series spotlighting the next generation doing great things to push London’s creative scene forward. In partnership with Microsoft’s most recent Windows upgrade, Windows 10, the series explores the past, present and future of eight trailblazing, tech-savvy artists. Here, we speak with singer and creative polymath Hannah Diamond who used Surface 3 with Windows 10 to create her mirror selfie above exclusively for Dazed

As Diamond herself will tell you, her sonic palette is a “mishmash” of influences – one that's got both journalists and comment-board contributors alike into a tizzy over comparisons with 90s pop, UK garage classics, Balearic trance, vaporwave, J-pop and electro house. Call her music what you will, but what we know for certain is that in the last couple of years there's been no stopping her setting the online realm alight.

Your guide to a safe acid trip
Hannah Diamond19 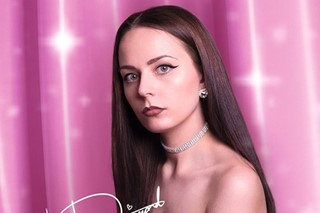 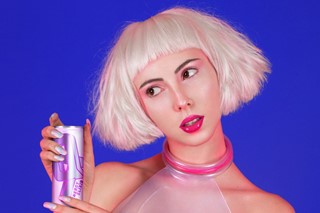 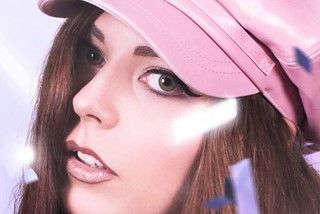 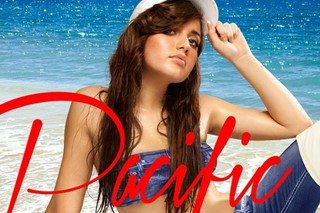 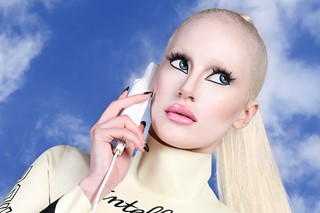 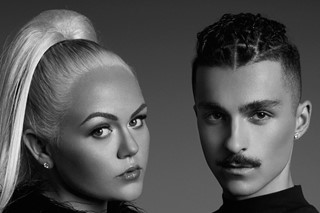 In 2014 Fact Magazine placed Diamond’s 2013 debut single “Pink and Blue” fifth on its list of “The 100 best tracks of the decade so far”, while her 2014 pop banger “Every Night” racked up close to 200,000 plays on SoundCloud within just two weeks of its release. In turn, “Every Night” was Diamond’s first song to make it into Billboard’s Twitter-trending ranking, reaching 28/100 in its “Emerging Artists” chart.

But Diamond’s music isn’t the sole reason why her tracks have gone viral, because on top of being a recording artist, she also moonlights as a professional image-maker – the photographic maestro behind the glossy, candy-coloured mirage of her HD self. Check her Instgram page and the canny, razor-sharp selfie she produced exclusively for Dazed (see above), and you'll get the visual gist. “I’m obsessed with Photoshop and retouching”, she confesses. “For me, it’s not part of a post-production process, but the creative process itself”.

Asked where all the digital magic happens, Diamond admits, “at the end of my bed”, where her multi-screen “home studio” has most recently been replaced by a portable device. With Windows 10 this allows multiple apps to be used on a singular screen, facilitating the multi-tasking demanded of a tech-savvy artist, fully commanding her own image. And it’s “sexy technology” that feeds her penchant for hyperreal aesthetics – filtered through 90s and millennial pop culture. Specifically, Diamond cites the futuristic liquid visuals in TLC’s “Waterfalls” video, and the 3D rendered snowflake that opens J-Lo’s “All I Have”; “it spins and swirls”, she muses “and then lands on J-Lo’s fur collar, before suddenly disappearing.”

Such an “obsession with detail” Diamond says, can be traced back to her childhood when she would “draw for hours, replicating fashion campaigns.” Her passion for illustration eventually led to a Fashion Communications degree, during which time she interned at SuperSuper magazine. There she met Editor and Art Director William Wright, with whom she began creating subversive, hyper-commercial visuals (with the aura of digital diamentés) in an on-going collaborative project that's been tapped by Charli XCX. Meanwhile, her individually manufactured imagery recently made it onto the first ‘cover’ of stylist Louby McGloughlin's cyber teen zine Okgrl! graced by the American, Tumblr generation singer LIZ.

But Diamond and her photoshop partner in crime – together known as Diamond Wright – have also collaborated with PC Music signees, contributing to the engineering of their satin-sleek identities. One such affiliate is QT, fronted by New Yorker Hayden Dunham. A successful performance artist in her own right, in this scenario she serves as the doll-faced façade for the musical collaboration between the label’s founder, A.G. Cook and SOPHIE (another producer with links to the collective). Yet, as Diamond clarifies, the gang isn’t as obscure as it sounds: “it really comes down to what people’s end goals are with pop music – if your end goal is to be a high-level producer, you don’t necessarily need to push your personality as forward as someone who wants to be a pop artist.”

“I wanted the first thing I put out to be from me, not an interview in a magazine; I felt that it was important that it was self-made” – Hannah Diamond

Under the PC Music label, Diamond is probably as baffle-free as you’ll find. Earlier in the year she launched her webseries HDTV to shed light on her work, because “the press didn’t fully understand where I was coming from”, she confesses. “I wanted the first thing I put out to be from me, not an interview in a magazine; I felt that it was important that it was self-made.”  Fully conscious of the weight that comment carries in our Instagram era of self-curation, Diamond represents a new generation of female artists taking complete control of their self-image.

For Diamond, a “seamless link” between her visuals and sound is integral to forging what she terms her “HD whole”, epitomised by the video for her latest track “Hi”, centred on tinder-era love. As she trills, “feels like I know you, though all I have is your picture”, the glittery pink universe that unfolds lies somewhere in between fantasy, the virtual and reality. Calling into question the notion of authenticity in an increasingly online world, there's no doubt that Diamond's cutesy lyrics and sparkly sounds offer much more than her shimmering surfaces might initially suggest.

Listen to Hannah Diamond's track "Every Night" below

The Windows 10 upgrade is available to download free for a Windows 7 or 8.1 PC here