Whatever your opinion, K-Stew is forging a new path for what it means to be an actress 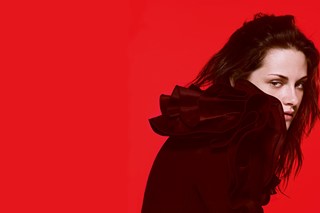 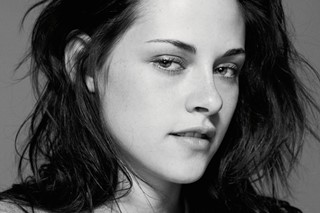 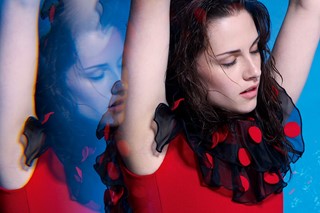 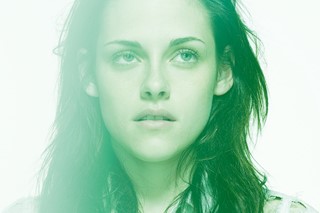 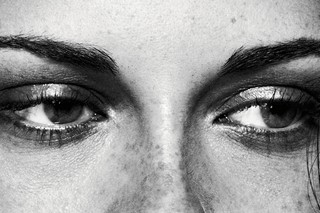 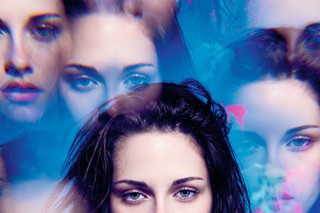 Everyone is out to get Kristen Stewart. The vitriol is real. Most recently, K-Stew hate appeared in the comments section when Indiewire’s Peter Knegt dared to suggest Stewart be nominated for an Oscar for her performance opposite Juliette Binoche in Clouds of Sils Maria.

“Congratulations,” fired off a commenter named Britt, “you’ve found another way to write about Kristen Stewart and assure hundreds of clicks from her fangirls and detractors alike who will swarm your site to stage yet another battle royal (sic) about her epic talent or lack thereof. How many more times do we have to read that she deserves an Oscar but due to the vagaries of timing and the injustice of the universe in general she won’t get one?”

Charlie, another commenter, adds, “Honestly, Kristen Stewart just played herself in (Clouds of Sils Maria), she showed zero range. She did nothing extraordinary. She didn’t change her voice, her walk, she played with her hair, bit her lip, did that ‘head shake’ thing she does in every film – was there any acting involved? Yes, she recited dialog and hit her marks, but they don’t give out Oscars to actresses for just playing themselves.”

Whether or not you fall into the camp of thinking Stewart is a “moody brick” who can only emote through hesitant lip-bites and head-shakes, it doesn’t really matter. Her supposed “zero range” won her a César award, the French equivalent of an Oscar, for her role in Clouds. Stewart is the first American actress to ever win a César – no mean feat.

Instead of being celebrated, she’s been prematurely written off. Her fate was sealed as a sparkly vamp-banging teen in the Twilight series. It’s a bit hard to flex your acting chops when you’re in a dubious love triangle with a stone-faced vampire and a dweeb who thinks he’s a wolf. Although the franchise ended in 2012, she told Interview earlier this year, “It wasn’t entirely cohesive. We ebbed and flowed. I will definitely acknowledge that. But the intention is so fucking pure in a weird way. Anybody who wants to talk shit about Twilight, I completely get it, but there’s something there that I’m endlessly, and to this day, fucking proud of. My memory of it felt – still feels – really good.”

“Anybody who wants to talk shit about Twilight, I completely get it, but there’s something there that I’m endlessly, and to this day, fucking proud of” – Kristen Stewart

She’s cashed her cheques and her acting choices post-Twilight reflect how truly done she is with insipid blockbuster roles. You can only criticise K-Stew if you’ve been paying attention. To clock these selects, let’s take a closer look at how she’s successfully swerved from summer seat-fillers in favour of grittier roles. In Peter Sattler’s Camp X-Ray, she stiffs up to play a hardened prison guard in Guantanamo Bay, striking up a forbidden relationship with one of the prisoners. Her performance is harrowing, emotional and excellent.

Opposite Julianne Moore in Still Alice, she plays the disaffected daughter. Obsessed with making it as an actress in Hollywood, she ends up being the most sympathetic to her mum’s Alzheimer’s, flying home to be by her side. As Valentine in Clouds of Sils Maria, her magnetic relationship with Juliette Binoche’s character will have you transfixed. Screen-stealing would be accurate here. But don’t take my word for it. “Kristen Stewart achieves the impressive feat of outshining Juliette Binoche in this rich drama from Olivier Assayas,” wrote Little White Lies in their review of the film. “(Olivier Assayas) real genius is casting Kristen Stewart as Binoche’s harried and bespectacled personal assistant,” adds The Times.

She’s impressed critics, won awards, and managed to avoid the pitfalls of a dried-up career after starring in a huge franchise. She’s the edgier equivalent of Emma Watson, who has similarly emerged the other side of a huge franchise and whom people can’t seem to get enough of. While you’ll no doubt recall all the times Watson has seized the opportunity to declare she’s a feminist, scant attention is being paid to Stewart, who’s been doing the much same thing with turns like this Funny or Die sketch, where she points up the difference between questions male and female actors get asked by the press.

“It’s much easier for a guy to say what he wants and not to be cute and funny all the time, but, if you’re a strong sort of woman, you’re just, for lack of a better word, a bitch” – Kristen Stewart

Then there’s her stance on fluid sexuality: “I think in three or four years, there are going to be a whole lot more people who don’t think it’s necessary to figure out if you’re gay or straight,” Stewart told Nylon. “It’s like, just do your thing.”

Even Karl Lagerfeld praised her in his recent T magazine profile, “Of the younger generation, I love Kristen Stewart. She is gifted. She looks tough but in fact she’s the nicest person in the world.”

It’s that toughness that has often unknowingly put off so many. She is the paragon of what’s called Resting Bitch Face. What does she think about looking like an accidental bitch? “Being a public figure, I’m supposed to present myself in a certain way, but it’s hard and you’re never going to be able to tell people who you are through the media. It’s much easier for a guy to say what he wants and not to be cute and funny all the time, but, if you’re a strong sort of woman, you’re just, for lack of a better word, a bitch.”

Now, the 25-year-old actress is stepping even further outside her comfort zone. Information is thin on the ground, but she’s currently filming a new project with Woody Allen. “I’m probably allowed to generally say (the character I’m playing is) a stretch for me,” she said on Live! With Kelly and Michael in August. Even further afield from the norm, she’s teaming up once more with Clouds director Olivier Assayas for Personal Shopper. The film will be “a ghost story set on the fringes of the fashion world”, wherein Stewart plays a personal shopper to the stars with psychic powers that she once shared with a recently deceased twin brother. Think Maps to the Stars meets Shopgirl.

“Sometimes, I’ll read something and it has something about it that makes you need to live it, and if you don’t, it’s like an unconsummated relationship,” she told us back in 2009. “Reading a script and loving a character and not being able to play it… That’s like having a crush on someone and not being able to fuck them. But when you get a part you love, it’s so scary because you then have the ability to kill this character right there on the page. Unless you do this right, she will be dead and nobody’s ever going to get to meet her.”

Forget “zero range”, Kristen Stewart is redefining what it means to be an actress today with zero fucks to give. Her stellar performances in recent films prove that she is anything but a Wonderbread stand-in; by pushing herself beyond any constrictive parameters, she’s forcing herself to grow. What’s more, she’s vocal about her opinions, and doesn’t subscribe to the notion that she has anyone to please. That’s what we need more of – and hey, if that’s not enough for you, there’s always Twilight.