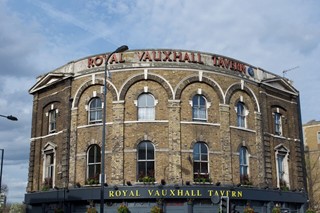 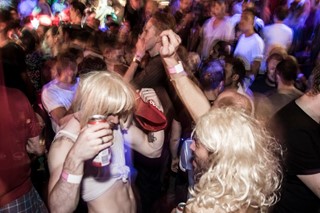 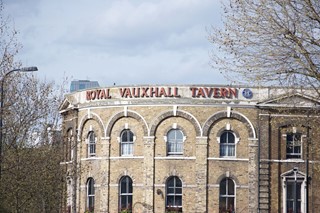 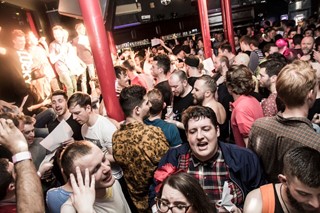 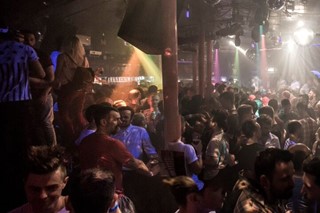 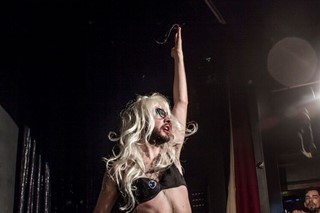 It’s always gut-wrenching when a place that is the centrepoint of a subculture or community closes. The Royal Vauxhall Tavern is one of those places for London’s LGBTQ community, and it’s currently under threat. It’s such a landmark that even Boris Johnson has called for it to become a listed building and who knew he cared?

The Royal Vauxhall Tavern (RVT) in Vauxhall is the oldest continually operating LGBTQ venue in the UK. It was built around 1860 and has been a space for LGBTQ drinking, socialising and cabaret since the post-war years. It’s described itself as "a haven before decriminalisation, a crucial hub during the AIDS crisis, a thriving site of culture and community today."

Its four walls have seen Princess Diana dressed as a boy getting messy with Freddie Mercury, as well as a riot started by Lily Savage after a police raid.

The venue is facing closure after it was bought by property development company Immovate, which has declined to say what it plans to do with the venue. According to the Future of the Royal Vauxhall Tavern campaign, which is trying to save the venue, around a quarter of London‘s LGBTQ venues have closed in the last couple of years, being sold off to operate as more lucrative space such as luxury flats. The campaigners are fighting to save the historic venue by turning it into a listed building, cementing its future as a place for LGBTQ people to drink, dance and do what the fuck they want.

We spoke to Ben Walters, a spokesperson for the campaign who is also a journalist and programmer. He’s been attending RVT since 1996, but was Time Out‘s cabaret editor from 2009 to 2013, the years during which he really fell in love with the place. We asked him why the venue is so well-loved and why it needs to be saved.

What sort of things are you guys doing to campaign against the possible closure?

Ben Walters: First of all we encourage people to go to the Tavern and support it by seeing shows and buying rounds! We vigorously support the RVT as an ongoing business and you’re likely to bump into RVT Future members at the bar. We are not commercially naive and we’re not against change. We want to ensure the spirit and atmosphere that first attracted us to the Tavern – and still thrive there – aren’t lost for short-term gain.

Last year, we succeeded in having the RVT registered by Lambeth as an Asset of Community Value. This means no subsequent sale can take place unless the community are given a chance to bid first. It also means the pub cannot be demolished or have its use changed without planning permission.

Now we’ve applied to make the Tavern a listed building. Built around 1862, the RVT has a wealth of history, from its links to Vauxhall pleasure gardens to its unique role in LGBTQ heritage and culture. It’s the oldest surviving continually operating queer venue in London, if not the country. Getting listed status would make it very hard for an owner to demolish or alter the building in a way that damaged its character. Ultimately, we’d like the RVT to be owned by the community that cherishes it, so this unique beacon of community and culture can shine on for decades to come.

What’s the most memorable night out you‘ve had there?

Ben Walters: So many to choose from! Some of David Hoyle’s shows are unforgettable – a festive spectacular involving interfaith pornography, a coat-hanger and a Christmas tree comes to mind. And last year, Duckie put on a "summer school" show featuring young queer performers that paid tribute to the venue‘s 150 years of history – that was really moving in the way it activated the site’s deep past while imagining lots of new futures. But to be honest some of the best nights at the RVT are the ones where the memories are haziest.

Are other places in Vauxhall (notorious for its LGBTQ scene) threatened?

Ben Walters: We’ve already seen numerous LGBTQ places closed in Vauxhall recently, from Area to Barcode to Paris Gym. There are different factors at play but the rapid changes to the neighbourhood can‘t be separated from the rapid increase in high-end property redevelopment.

Are other venues supporting you?

Ben Walters: We’ve got links with various other campaigns facing similar challenges, from Friends of the Joiners Arms to #WeAreTheBlackCap. And we’ve had brilliant local support from the Vauxhall Griffin and the Cinema Museum, who have both hosted RVT Future get-togethers and film screenings.

Who are the most notable people who have performed there?

Ben Walters: Pretty much everyone in the capital’s drag, cabaret and alternative performance scenes over the past few decades. It’s where Paul O'Grady developed Lily Savage into a legendary character over a long-running regular residency – he called it "my very own school of dramatic art". It‘s also been home to drag royalty like Adrella, Regina Fong and the DE Experience, and groundbreakers like Conchita Wurst, Neil Bartlett, Duckie, Ursula Martinez, Scottee, Marisa Carnesky and Chris Green. All kinds of people have been on its stage, from Vivienne Westwood to Maggi Hambling.

When is it potentially going to close?

Ben Walters: We don‘t know – and we hope never. But Immovate have threatened to close the RVT if it is made a listed building. They claim a listing would make running costs too high to function, but hundreds of pubs and shops operate profitably from listed buildings. We believe if Immovate really wanted to keep the Tavern going – rather than, say, knock it down and build flats or a hotel – they’d see a listing as a tremendous boost. Instead, we fear they’re going to use it an excuse to close the place and try to blame us for daring to speak up in defence of the place we cherish.

What can people do to help?

Ben Walters: Sign up to our mailing list, get to the Tavern if you haven‘t been before, and tell us your favourite stories about the place here.