With thousands of stills from classics like Clueless and Ghost World, Luke Goodsell is documenting disaffected youth 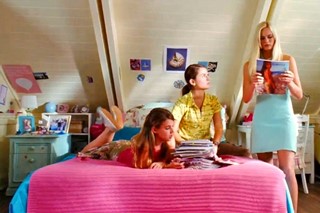 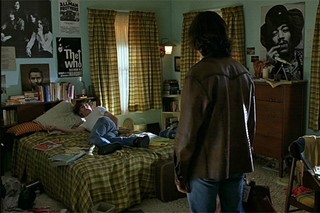 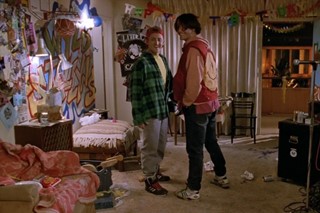 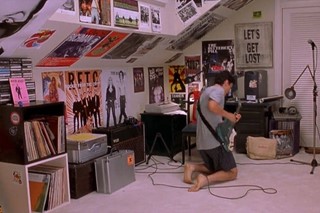 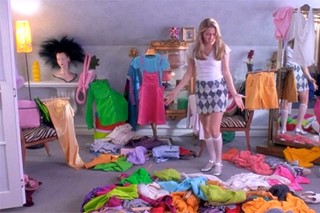 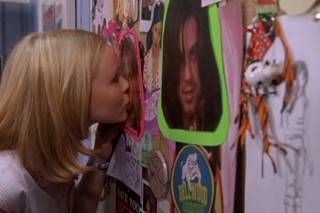 Picture Enid's octopus arms flailing around in the opening credits of Terry Zwigoff's paragon of disaffected youth, Ghost World (2001). Bumpin' to "Jaan Pehchaan Ho" from the Gumnaam (1965) soundtrack in her silk red graduation gown, we get our first glimpse of Enid's exotic palate. As outsiders granted access into her most private sanctum (the viewer is literally placed 'outside' her bedroom window), her entire world is visually delivered in a split second. Chock full of knicknacks, mannequin heads, and an amazing backlit waterfall picture, we can quickly determine her personality type from her bedroom detritus.

Looking at the pastel, poster-covered walls of a teen's bedroom is that most concentrated injection of personal identity. We know, for example, that all of the suburban teens in John Hughes' films curiously shared Hughes' love of English new wave bands. Amassing an archive of images of teen bedrooms from films like Clueless, Almost Famous, and Bill and Ted's Bogus Journey on his Tumblr, nobody knows the on-screen adolescent better than LA-based film writer and editor Luke Goodsell.

“The idea was to create an exhibit that was filled wall-to-wall-to-ceiling with images of teenage bedrooms in movies,” explains Goodsell of his project, which started in August 2011 and has since gained a 100k strong following. “Teenage Bedrooms on Screen was sparked by watching movies like Disturbia (2007), where Shia LaBeouf's room revealed his character to allegedly be the world's biggest Clash and Ramones fan. It made me wonder who designed these things, how they'd changed over time and what things remained constant.”

Now that Goodsell's collection of stills range in the thousands, he's noticed a few tell-tale patterns that define teenagedom: the evergreen classic "Keep Out" and "No Parking" signs, photo collages around mirrors, band posters and record players. And David Bowie. “Everyone loves David Bowie,” he laughs. “As they should… In a lot of films, the teenage bedroom provides more social insight to the period than some of the main plots and characters. I love that sense that they’re all part of some big long now. It’s like you can look at images from 1958 and 1986 and 2015 and marvel at how not much really changes.”

There is one scene in Paris is Burning where downtown ball fixture Octavia Saint Laurent gives us a tour of the pin-ups on her bedroom wall. “This is my idol, Paulina (Porizkova),” she says, petting the image. “Someday I hope to be up there with her.” As it was then, it still is now – we lionise our idols by blu-tacking them to the wall in the hope of joining them up there. In his cultural cross-section of teen rooms, Goodsell saw that not much has changed in how rebellious youth decorate their personal spaces. “As essential hideaways and shrines to ego, they're pretty much fundamentally the same from the 50s til now,” he says. “Teenager's rooms have always existed as a parallel universe to the domestic family home – the only place you have complete control, and a kind of purgatory where you exist until you escape.”

“Teenager's rooms have always existed as a parallel universe to the domestic family home – the only place you have complete control, and a kind of purgatory where you exist until you escape”

“The most fun rooms are the ones that are just explosions of ego on screen, which is why one of my favourites is Gregg Araki’s Nowhere, which literalizes the character’s mind by having a huge painting of himself (with guns to his head, of course) on the wall. I love anything that Sofia Coppola does – she's a director who understands how set details are essential to establishing the unspoken nuances of her characters. For its explosion of mad, teen-riot design alone, though, I'd have to say the girls' room in Vera Chytilová's Daisies.” So four years later, how long does Goodsell plan on keeping this up? “As long as there are movies there'll be teenage bedrooms, so there's always more. I get surprised by something new every week. That's the beauty of this thing – it never ends.”