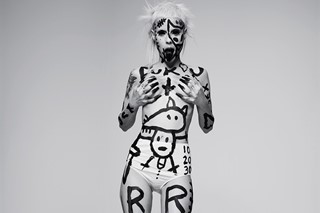 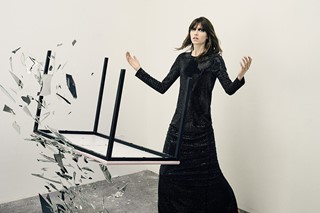 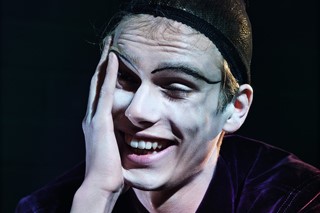 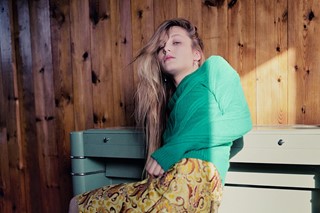 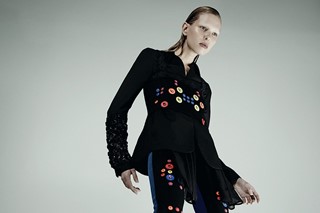 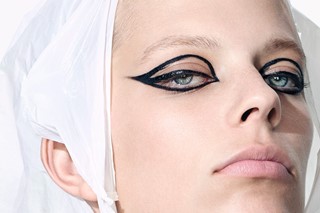 For the bumper spring edition of Dazed, we take a look at the world through the onyx-black eyes of Die Antwoord star Yo-landi Visser, as she prepares for her first major movie role in Neill Blomkamp’s sci-fi blockbuster Chappie. Photographer Pierre Debusschere and fashion director Robbie Spencer turn up the weird on the zef-rap frontwoman as she grants her first-ever solo interview to Caroline Ryder, shining a light on fame, motherhood and her crazy life. “I roll with bodyguards when I go back home to South Africa,” she says. “Like full-on. People want to f**king assassinate me.”

In fashion, Jeff Bark and Robbie Spencer take model-of-the-moment Molly Bair to a brave new world of blood-red roses and raw meat for our Comme des Garçons special. And we blast the heat up to boiling point with 50 pages of SS15 collections showcasing the best of the season – Drew Jarrett and Robbie Spencer travel back to 70s suburbia; Sharif Hamza and Elizabeth Fraser-Bell get set for an extreme performance; Casper Sejersen and Hannes Hetta smash the place up, and Sean and Seng and Emma Wyman get playful with the virgin and the vamp.

Elsewhere, Against Me!’s Laura Jane Grace talks us through her gender transition, Jean Paul Gaultier indulges in his passion for Mexican wrestling masks, and Meadham Kirchhoff, Faustine Steinmetz and Ryan Lo weigh in on SS15’s nostalgia trend. Maestro of modern desperation Gregg Araki opens up on his new film, White Bird in a Blizzard, and there’s also time for a heartfelt hardcore moment with Perfect Pussy frontwoman Meredith Graves, plus a revealing encounter with dance super-troupe Future Brown. For our spring art residency, we feature a series of stills from Belgian trio Leo Gabin’s latest project – an uncanny, torrid adaption of Harmony Korine’s novel A Crack-up at the Race Riots.

Subscribe to Dazed here, and pick up your copy of the new issue from newsstands now