Avant-garde filmmaker Arthur Lipsett was revered by George Lucas and Stanley Kubrick. He may be long forgotten, but without him Star Wars wouldn't exist

Arthur Lipsett is cinema’s lost prophet. Outside of Canada, his unique legacy of work has long been forgotten. But the Montreal-born filmmaker’s masterpiece, 21-87 (1964), inspired an idea that is probably worth the GDP of a small country these days. “When George saw 21-87 (1964), a light bulb went off,” says George Lucas collaborator Walter Murch. That spark formed Lucas’s ideas for “the force” and the rest is Star Wars history. Lucas himself acknowledged the influence in a hidden code Lipsett might have appreciated – Princess Leia’s cell number on the Death Star was 2187, while the action in his dystopian sci-fi THX 1138 (1971) took place in the year 2187.

Growing up in suburban Montreal in the 40s, the son of Russian Jewish parents, Lipsett’s childhood was traumatic. As a young boy, he had watched his mother walk out into the snow and drink rat poison, dying days later. By the mid-50s, Lipsett was studying art at Montreal’s Musée des beaux-arts, under the wing of expressionist painter Arthur Lismer, a member of the influential “Group of Seven” art movement. On graduating, a recommendation from his mentor led to work as an editor at the National Film Board, based in Montreal’s Ville St-Laurent.

As the evening crept in and his co-workers began to leave, he would embark on bizarre experiments until dawn – chain-smoking and raiding the garbage, he would dig out scraps of sound and visuals, and recycle them into collages that used the cinema screen as their canvas. In 1961, the results of Lipsett’s frenzied late-night scavenging surfaced in the short film Very Nice, Very Nice (1961). In the film, Lipsett turned apparently ordinary stock images into a horror story of modern life. As washing machines, Bakelite TVs and Ford Thunderbirds rolled off conveyor belts into suburban homes, and American and Soviet relations cooled into nuclear dread, Lipsett distilled the Cold War climate into six minutes of controlled hysteria. Like some finely-tuned antenna, it portrayed Lipsett’s perception of the universe in all its absurdity, laced, as it was, with pitch-black humour. Influenced by the Beats and the cut-up technique that William Burroughs pioneered, his images of cityscapes, crowds, circus acts and hydrogen bombs jostled for space alongside a soundtrack of random conversation, heavy breathing, chanting and car horns. 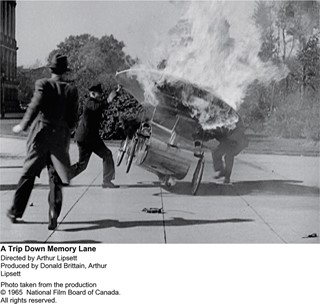 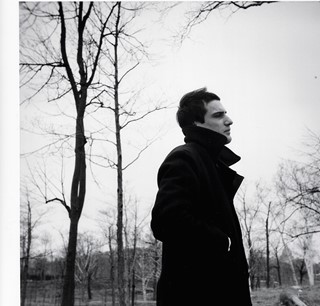 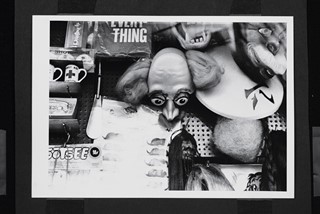 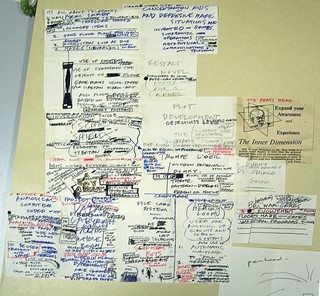 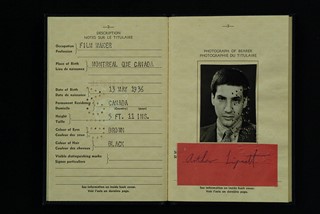 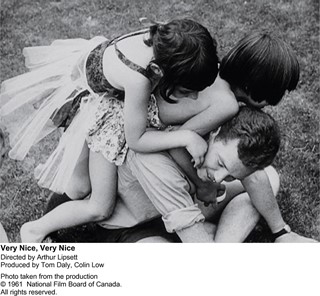 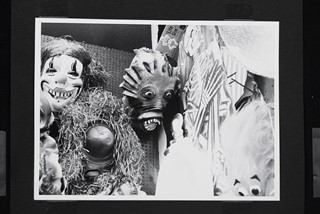 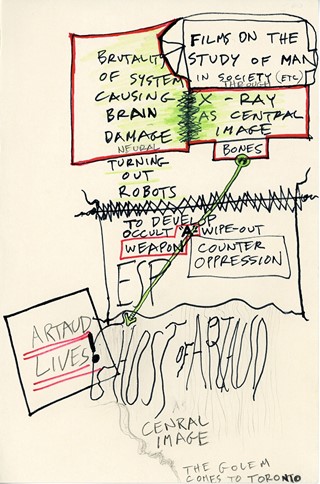 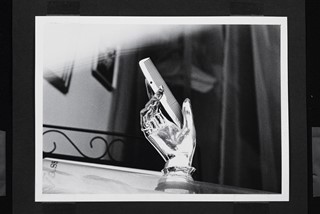 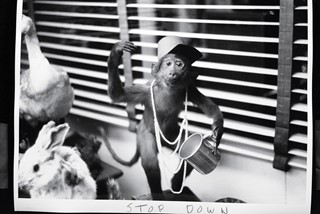 While some critics found Lipsett’s machine-gunned images baffling, the younger generation felt he was talking their language. So did Stanley Kubrick, who sent him a letter describing Very Nice, Very Nice (1961) as “one of the most imaginative and brilliant uses of the movie screen and soundtrack that I have ever seen”. It’s rumoured that Kubrick even asked Lipsett to create the trailer for his cold-war satire Dr Strangelove (1964) and was turned down by the 25-year-old. Pablo Ferro stepped in with the now famous opening, featuring a couple of B-52s in a mile-high metallic love scene. Meanwhile, Lipsett was nominated for an Oscar in 1962, and he became something of an outsider celebrity in Montreal’s avant-garde circles. He was operating in the right place. The city may be hyped these days for its music scene (Arcade Fire’s Win Butler claims it took just two days to put a band together on arriving), but Montreal’s film scene has long been a hot-bed of homegrown talent. In keeping with its liberal attitude, the Film Board gave Lipsett free reign to conjure up his next creation, 21-87 (1964). This time, the filmmaker used his own footage as well, captured around Montreal on his Stellavox Candid Tape Recorder. For the soundtrack, field recordings, gospel music, church hymns and conversation were instinctively cut together like some wired jazz improvisation. Opening on a skull, cutting to a woman suspended from a trapeze, a corpse being sawn in half, funhouse mirrors, circus elephants and monkey astronauts, it was Lipsett’s breathtaking indictment of mass-consumerism. The film wasn’t just a portal into Lipsett’s own brain – he had plugged into, as he put it, “the collective consciousness and unconsciousness of a civilisation”. Featuring conversations with Warren S McCulloch, pioneer of artificial intelligence, and Roman Kroitor, a director who helped develop IMAX, he questioned what it is to be human in the age of technology.

Montreal filmmaker Eric Gaucher, who recently completed a beautifully shot documentary on Lipsett, describes him as an accidental filmmaker. “He always approached film from an artist’s perspective. He challenged mathematicians to re-edit and re-structure his films just to see what could happen,” he explains. “He was very liberal in that sense.”

Lipsett followed up with Free Fall (1964), inspired by a Dylan Thomas poem and intended as a collaboration with avant-garde composer John Cage, employing his use of “chance music”. With its rapidly edited flashes of disconnected faces on city streets and sunlight streaming through trees, Lipsett talked about his film as an attempt to “hold time together” and described his intentions in typically apocalyptic language – “An attempt to express in filmic terms an intensive flow of life – a vision of a world in the throes of creativity… a visual bubbling of picture and sound operating to create a new continuity of experience… it is as if all clocks ceased to tick – summoned by a big close-up or fragment of a diffuse nature – strange shapes shine forth from the abyss of timelessness.”

Next came the time-capsule A Trip Down Memory Lane (1965), followed by Fluxes (1969) and N-Zone (1970), each film becoming progressively darker. Fluxes (1969) featured newsreel footage of the architect of the Final Solution, Adolf Eichmann, recorded over a soundtrack of 50s science-fiction dialogue. By the time Lipsett completed N-Zone (1970), with its repeated chant “In ten years, Margery has not slept once” playing over pictures of dead animals and injured dogs, the NFB was beginning to find his vision of life impossibly bleak. At the same time, Lipsett’s mental health was rapidly deteriorating. He resigned from the Film Board in 1978, and began to grow increasingly paranoid with the onset of chronic schizophrenia.

“He had spent his time there,” Gaucher counters. “This was a serious artist within a government institution – I mean, how long can that last? So, it’s quite amazing that those films were made.” Lipsett’s brief resignation note signals the internal pressures he was suffering:

“I, Arthur Lipsett have developed a phobia of sound tape. Also, my creative ability in the film field has disappeared. There is no way to explain this and the result is that I cannot continue to work for the government. Sincerely, Arthur Lipsett.”

“During his Film Board years, the guy was a star,” says Gaucher. “He was definitely a jovial, happy man starting out. I think the more he progressed into making his art, and the more he learned about himself and about life, the less he cared about a connection with the viewer.” His final film, Strange Codes, shows the signs of Lipsett’s troubled obsessions at the time. Friends remember him taping his hands into Buddhist mantra positions to protect him from the voices he was hearing, and staying up all night listening to the refrigerator, or the static between radio stations. A compulsive collector of objects, fascinated with the Tibetan Book Of The Dead and 16th-century Latin texts, he had turned his house into a living sculpture, inspired by Dada artist Kurt Schwitter’s Merzbau. After Strange Codes (still unreleased to this day), Lipsett abandoned filmmaking altogether.

“Friends remember him taping his hands into Buddhist mantra positions to protect him from the voices he was hearing, and staying up all night listening to the refrigerator, or the static between radio stations”

After his move to a house overlooking an enormous cemetery, Lipsett’s life story grows hazy. He found himself in and out of hospitals and on and off medication. He briefly returned to cinema once, with an idea for a film on “the occupation of corners”, but it never materialised. After a series of failed attempts at suicide (what he called his “little experiments”), he took his own life in 1986, just before his 50th birthday.

Over two decades later, his films remain available only at the expansive National Film Board archive. While the likes of experimental filmmakers Bruce Conner or Maya Deren find ever-expanding audiences, Lipsett has fallen through the cracks. Gaucher’s vital documentary (some of which was shot with Lipsett’s own Bolex) is only the second attempt to analyse his life on film. Record company Honest Jon’s valued Lipsett’s soundtracks highly enough to release a limited-edition compilation on vinyl, but outside of a small filmmaking community, the man once described as the William Blake of cinema remains an enigmatic figure. “His films generate a severe emotional reaction to humanity,” says Gaucher. “That’s what I get out of most people who watch them.” For all his contemplation of spiritual disillusionment, Lipsett found the human warmth in what he described as “the super-machine age” and it still resonates today.