As part of our new summer US project States of Independence we've invited our favourite 30 American curators, magazines, creatives and institutions to takeover Dazed for a day. This week, we take on the State of Sex, which tackles an all-encompassing look at sexuality, gender and all the flavours of the American rainbow.

Original Plumbing is one of the freshest magazines for the trans community, with an unapologetically honest (and pretty fucking sexy) perspective on queer issues. Amos Mac, the co-founder and editor of the quarterly magazine, takes us into the OP world with his manifesto for print and columnists Arisce Wanzer and Diana Tourjee talk love, sex and politics.

For a decade beginning in 1958, there was a cross-country beauty contest for drag queens in the USA, aptly titled The Nationals. It was founded and run by a fag from south Philly named Jack Doroshow. At 19, Jack slipped into a custom-made old-lady suit with wide hips and low tits, adorned in the best blond wig that money could buy, and thus adopted the non-competitive mother image and became the queen Flawless Sabrina.

Almost sixty years on, I’m at the home of the one and only Sabrina. Her Manhattan apartment on 73rd St. has been a salon for queers and artists since 1968, when she first moved in. Sharing a pot of tea, we discuss the radicalism and conservatism of the modern LGBT movement, the ethics of identity politics, and how to empower disenfranchised gay and transgender youth.

Your guide to a safe acid trip
Flawless Sabrina10 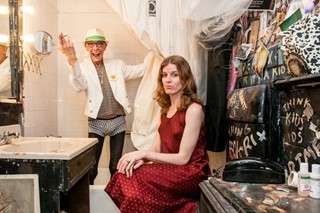 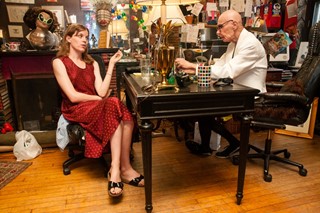 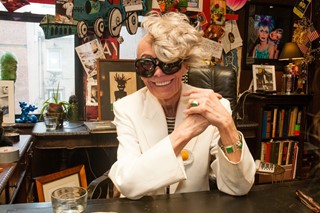 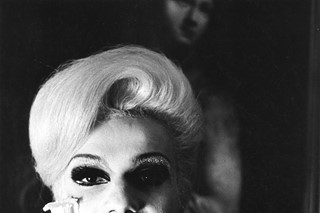 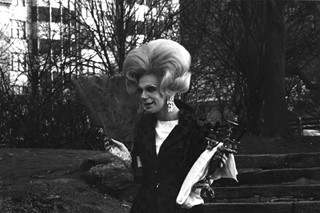 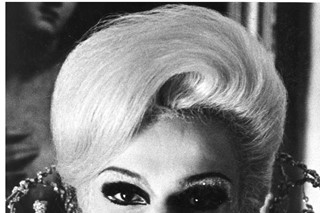 “Culture is not conducive to being comfortable in your own skin. But you have a responsibility for your own identity.” Sabrina muses from her leather armchair. “It’s very easy to do a great deal of damage when you obscure sexual deviation, because you’re asking people to question their instincts.”

Two lamps sit on either side of Sabrina's desk, with the names and numbers of various friends and artists scrawled on one lampshade and a red clown nose attached to the other. It’s dangerous to discuss anything serious, too seriously, when you’re Flawless Sabrina. The nose comes in handy.

“You don’t need an instinct to think of yourself as a citizen, and how could anyone have the instinct to think of you otherwise?” She draws from the slender cigarette between her fingers. “We’re buying into their excuse that we’re trans something. What? Trans citizenship? Is that what trans means, or is trans just another excuse for trying to disable and disempower people?”

Sabrina’s thoughts ring true. As a journalist I’ve experienced this contradiction in my own work. On one hand, covering and criticizing gender empowers me as a trans woman because I’m offering radical dissent against conservative attitudes, policies, and institutions that have negatively impacted me. On the other hand, I feel pigeonholed by the labels inherent to this discourse, and want to run from the subject altogether – to find new ways of understanding outside the constructs of gender and sexuality.

“Norm is a setting on a dryer,” says Sabrina, after pulling a rubber scrambled egg out of her desk drawer and sticking it on top of her head, “and reality is a mass hunch.”

Unfortunately, those who fail to conform to the unrealistic cultural norms of gender and sexuality become subject to societal violence and institutional discrimination. The National Transgender Discrimination Survey reports that 90% of trans men and women experience mistreatment and discrimination at work, and 78% in education. One-fifth of respondents have experienced homelessness because of their gender.

But while gay and trans are labels that identify personal characteristics and behaviors, they do so in relation to heterosexual and gender conforming traits considered normal. Queer existence discerns the true cultural "norm" to be diversity itself. This ought to destabilize the status quo of heteronormativity, not reaffirm binary sexual and gender identities. So why must people appeal themselves to be members of a set of static categories? Isn’t the human identity a meaningful campaign to end discrimination?

“They feed into the argument that there is a hetero standard,” Sabrina says, “I think citizen is citizen. Why would you have a word heterosexual if there weren’t other? It would just be the word sexual, as it should be.”

Today, Sabrina is 74 years old, and still working to empower her community. When Hilary Clinton was Secretary of State, Sabrina worked with her to make it possible for trans people to change the male (M) or female (F) sex markers on their United States Passport, and for many years she fought for gay marriage. She believes the rights of individuals as citizens take precedence over what kind of individual they happen to be.

In late 2013 Sabrina was on set when Bruce Weber shot the luxury store Barney’s groundbreaking ad campaign that featured transgender men and women. The campaign is evidence of progress that Sabrina describes as, “Mammoth. Trans subject matter is present in the public square. This topic was once, at best, toilet conversation; it was trash talk, you just didn’t talk about it.”

Sabrina has experienced the mainstream media’s fear of LGBT issues firsthand.  The Nationals was a huge enterprise, running 46 shows a year with 100 people on payroll. In 1968 Sabrina convinced Andy Warhol to fund a documentary about one of her NYC drag pageants called The Queen. It went on to become an international success at Cannes. Afterwards, she worked behind the scenes in Hollywood as an expert on homosexuality, consulting for films like Dog Day Afternoon, Midnight Cowboy, and most notably on the 1969 set of Butch Cassidy and the Sundance Kid.

“My first reaction was, ‘Faggy?’ I’ll faggy you, you bastard!” – Flawless Sabrina

The film doesn’t feature gay characters; she was hired to ensure that co-stars Paul Newman and Robert Redford didn’t appear gay. The studio was concerned the two male stars would come off as homosexual because their characters weren’t vying for a woman’s heart.

“I don’t know how the hell they came up with that.” Sabrina says, rolling her eyes. “There’s a scene in that film where Paul Newman rides a bicycle and I remember being asked by the director’s assistant, ‘Did he look faggy?’ My first reaction was, ‘Faggy?’ I’ll faggy you, you bastard! What did they assume, that every homosexual on the planet called me three times a day to give me their every waking thought?”

In Sabrina’s bathroom, my eyes catch a familiar name written across her shower curtain. In the center of the white plastic sheet “Z A C K A R Y” is scrawled in big black letters. The name belongs to the transgender woman and artist Zackary Drucker. Close friends for over a decade, 31-year-old Drucker and 74-year-old Sabrina represent a transgenerational kinship that is unfamiliar in American society, where trans elders are rarely represented as role models.

I called Ms. Drucker, who says she first met Sabrina in 2001, at the annual NYC drag festival Wigstock. “I took a photo of her and pinned it on my bedroom wall. I was 18 years old and had just moved to the city,” Zackary remembers. Shortly after, Drucker attended an art opening in Sabrina’s apartment, and the two quickly formed a familial bond.

Drucker’s film and photo collaborations with artist Rhys Ernst were featured in the 2014 Whitney Biennial, and Sabrina, whose legendary apartment is featured in their film, She Gone Rogue, lives right down the street from the museum. In conjunction with the Biennial, Sabrina began offering tarot card readings out of her home, and she’s enjoyed the experience so much that the service has been extended indefinitely.

Mother Sabrina’s history is invaluable information at a time when queer people – historically criminalized and pathologized over the decades – are attaining long fought-for recognition in law and healthcare reform. The cultural climate is shifting in the United States, but societal bias against gender variance still means queer kids are taught to doubt and fear their nature.

“Life is a learning situation, that’s how we walk.” Sabrina says with a grin, “I think my grandmother was right, in that you can walk down Madison Avenue with a cow on your head if you do it with confidence. Accentuate the positive, illuminate the negative, and don’t mess with mystery in between. You’re the boss applesauce, believe in yourself without question.”