Daido Moriyama has spent three quarters of a century pushing the boundaries of taste and decency with his trusty camera. In this archive interview we speak to the photography's black dog

Taken from the June 2008 edition of Dazed:

The work of 75-year-old photographer Daido Moriyama is as artistically potent now as it was when he first started to make waves in late 60s Japan. Over the years, his photography has provided a unique immersion into discarded moments, and explored the stark, melancholic beauty of life at its most ordinary. In many senses Moriyama’s pictures are our pictures. His logorrhea of the eye slows down the pace of how we gaze, so we can see our personal familiar environment laid out in front of us, like the play-by-play of a chess game in a daily newspaper, seeing beauty in humanity’s imperfection.

Daido Moriyama was born in 1938, along with a twin brother who died when he was two. His father worked in life insurance, and when Moriyama was only a couple of months old, the family moved to Hiroshima, leaving the sickly infant behind with his paternal grandparents in the town of Ikeda, a coastal town that would emotionally resonate for Moriyama his entire life. (When Moriyama commenced work on arguably his most important project, Memories of a Dog, its narrative began in Ikeda.) His childhood was spent in the town of Urawa, outside Tokyo. Moriyama mentions the chocolate and chewing gum that would get thrown to the children by GIs in passing jeeps as one of his strongest memories of the immediate postwar years.

“For me, photography is not a means by which to create beautiful art, but a unique way of encountering genuine reality” – Daido Moriyama

In his mid-20s, working as a photography assistant (just prior to becoming a freelance photographer), Moriyama encountered Kerouac’s On The Road. In many interviews, he speaks about the value of chance encounters – of transition and the road that the main character in Kerouac’s novel refers to as having “seen”. Moriyama describes his taking of photographs as being akin to how a Spitfire plane fires its machine guns – rapid bursts of instinctive shooting, without viewfinder, without focus, and without knowing what the image is until the distillation in the dark room has commenced. In this way, he too “sees” the road. In 1968, photographer Takuma Nakahiri showed Daido Moriyama the first issue of his photography journal Provoke, and asked him to participate in the second issue. The iconoclasm and originality of this obscure publication has continued to reverberate in the industry for over 40 years.

“I was always irritated by photography being a tautology – how can you describe it?” Moriyama recalls. “I used to be a photographer who interpreted things via language. Provoke changed me.”

The influence of William Klein’s series of documentary photography books, as well as Warhol’s 1968 Stockholm exhibition catalogue were clear, but the work in Provoke, like Duchamps’s The Bride Stripped Bare By Her Bachelors, is art so insulated, so original, and so contextually devoid of its surroundings that it is truly peerless. The narrative flow in the three issues of Provoke goes beneath the surface, hitting you in rapid bursts of energy – disjointed, blurry and strange with crazed leaps of faith and wild juxtapositions. Provoke was a publication of photography that succeeded in stepping outside of time, which is what the writer Ernst Junger postulated as our collective reason for getting very drunk. Provoke captures something of that essence of extreme intoxication – the thin-skinned hyper-reality and blurred edges of drunkeness, where all one’s surroundings are simultaneously heart-achingly beautiful and grotesque, and fitted Moriyama’s artistic vision perfectly.

“For me, photography is not a means by which to create a beautiful art, but a unique way of encountering genuine reality at the point where the enormous fragments of the world – which I can never completely embrace by taking photos – coincide with my own inextricable predicament.”

Jack Kerouac wrote On The Road on a continuous roll of paper, without the formality of having to insert a blank sheet of paper in the typewriter. I’d like to think that Moriyama never had to change rolls of film, that his capturing of images was not diminished by a formality such as running out and the forced timeout of replenishment. That what he chose to find was found, and what was lost was simply lost.

“We perceive countless images all day long and do not always focus on them,” he says. “Sometimes they are blurry, or fleeting, or just glimpsed out of the corner of the eye. Our sense of sight, which is active all day long, cannot be constantly coming to rest. The crushing force of time is before my eyes, and I try to keep pressing the shutter release of the camera. In this inevitable race between the two of us, I feel I am going to be burnt up.”

In 1972, Daido Moriyama issued the milestone book Bye, Bye Photography, Dear (Sashin Yo Sayonara). This book took the shoot-from-the-hip fragmentation of Provoke even further – fragmented, blurry, oddly cropped and distorted images flow from the pages like a drunken and distant dream, mimicking the urban landscape and drifting through consciousness with the blurry fascination of a lone stranger in a city. Photographs are perpetual copies, said Moriyama. The only good copies are the ones which show up the absurdity of bad originals, said the classical French author Francois Duc de la Rochefoucauld. Moriyama, like William Klein and Andy Warhol, exemplifies how original photographic thinkers create good copies that counteract the bad copies surrounding us. 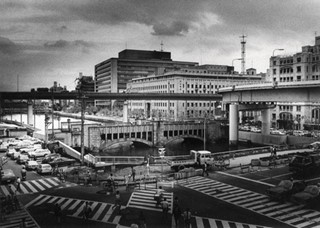 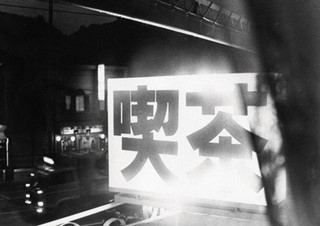 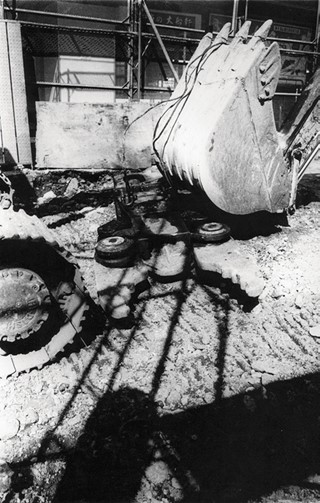 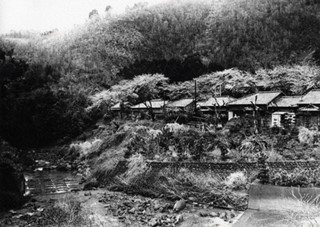 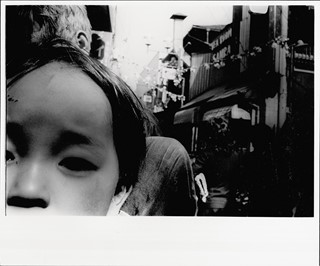 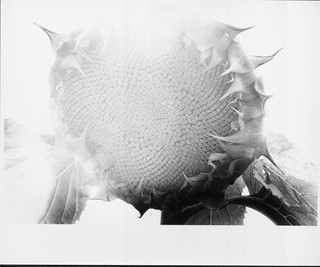 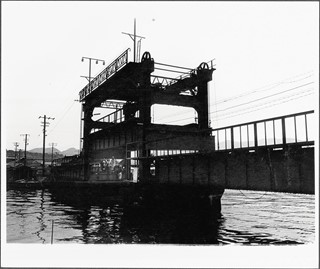 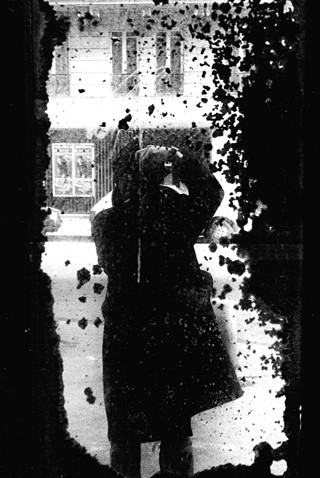 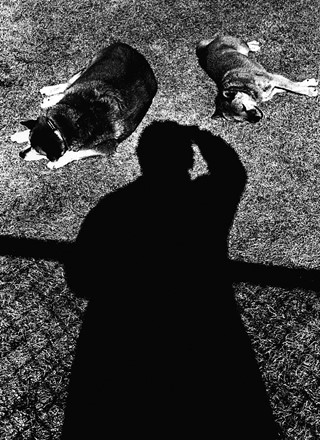 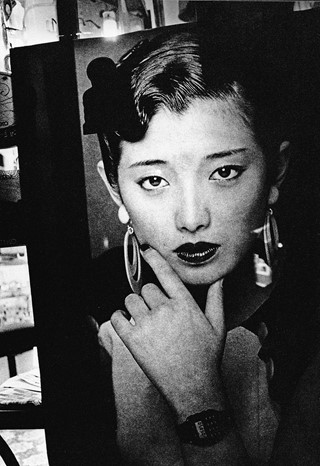 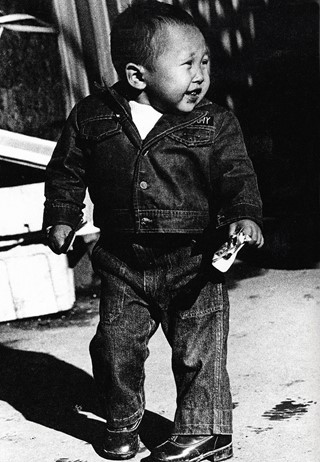 Memories of a Dog was first published as a continuous narrative in the Japanese publication Asahi Camera in 1983, and collected into a book the following year. This book features what is perhaps Moriyama’s best-known image, and a photograph that has reverberated through the world – a photo of a stray dog ambiguously glancing at the camera. This image, like much of Moriyama’s massive body of work, tells us a bit about how we feel as viewers and something about our collective memory – some days our howl is that life is wretched, some days that life is wonderful. Insiimage-8de the memories of a dog, that distinction never comes to pass, as everyday life is both beautiful and wretched.

Over the course of over 80 books, Moriyama’s narrative continues to dazzle. Hailed as a master by any photographer worth his weight in silver-gelatin, classic Moriyama photo-books such as Bye, Bye Photography Dear (1972, reissued as Farewell Photography in 2006), Color (1993), Daido Hysteric No 6 (1994), Osaka Daido Hysteric No 8 (1997), Daido Moriyama (Foundation Cartier 2003), and Memories of a Dog (first English publication 2004), rank their place alongside William Klein’s Life Is Good, And Good For You In New York, Ed Van Der Elsken’s Sweet Life, and Robert Frank’s The Americans as true modern masterpieces.

Celebrity culture and advertising is increasingly mass-marketed with imagery that seeks to mimic our everyday life, and the destructive force of their forgeries can enslave our very eyeball. We need iconoclastic masters like Daido Moriyama more than ever, in his presentation of this world, our world – in the fragmented chiaroscuro kaleidoscope of his work, we are all handed a potent tool to help us dismantle some of the most common lies of pop culture.