Fresh off of her residency in department store Selfridges' windows as one of the Bright Young Things, set designer Clementine Keith-Roach is turning heads. Her 70s water cooler set forged in faux-marble tipped its hat to The Flinstones; back to Bedrock. Since assisting reknowned set designer Shona Heath on Tim Walker shoots for Vogue and campaigns for Dior and Mulberry, Keith-Roach is armed with the know-how to source and build her own props and sets for the editorial crowd. And she hasn't exactly been begging for clientele – India Waters (daughter of Pink Floyd rocker Roger Waters) had a Keith-Roach signature wedding: "They’re shamans, the daughter who got married and her husband, so they had a shamanistic ceremony in the woods. Then we had this amazing, beautiful tent with the tree upside down with flowers and candles – very mystical." 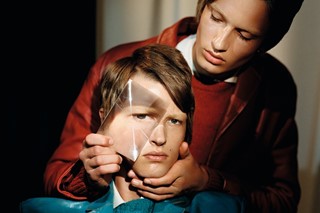 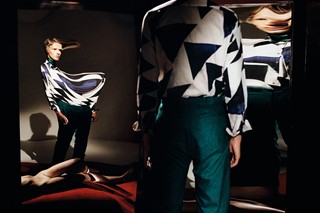 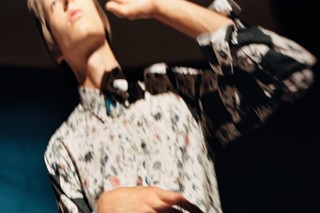 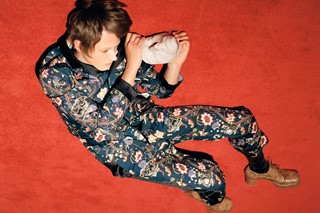 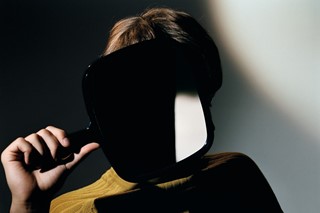 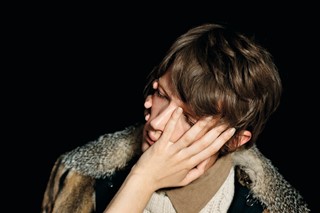 Raised in London until a move to Dorset the age of 12 ("I was livid to be leaving London just before I’d hit puberty!"), Keith-Roach was the incumbent member of a creative family. Her father worked as a music video director, and her mother, the delicate hands behind classy and elaborate gift hampers that were relayed to big names in the music industry. Fun fact: Clementine was one of the kids who made a cameo in Spice Girls' "Mama". "(My father) did '2 Become 1', and 'Life is a Flower' by Ace of Base, one of my favorite songs. He did Radiohead, he did… basically he’s like a '90s music video director. It’s really quite funny because now we’ve got this amazing collection of videos, which are all like, hits from my childhood." After studying Art History at Bristol University, Keith-Roach wanted to attend art school, but an opportunity to assist Shona Heath came along, which "was kind of like going to art school in a way because you learnt so many skills."

Google Clementine Keith-Roach now and one of the first images is her lying in the bed of a clam. Shooting with Tim Walker, you just might be tapped to be a pre-Raphaelite muse if a model's not keen: "We had to wait until it got dark so we could light these little bonfires that we’d made to float around the shell; any other model may have protested at the time that she spent lying in the shell, but obviously because I was just so excited about it, I almost got hypothermia from lying in there for five hours!"

She's also been on set with Jennifer Lawrence and a bevy of white peacocks for W magazine. "There was this whole dilemma about whether they were going to open their tails or not, and I was ringing around everyone in the country saying, 'Has anyone got any white peacocks? We need ones which are trained to open their tails.' People got really angry with me and said that I was treating peacocks like porn stars and didn’t I know that opening their tails is a sign of sexual arousal? They weren’t just going to do it, just drop their pants for me because I asked them to!" Keith-Roach had to problem solve, which led to the hiring of a bird whisperer. "There was one guy who claimed to be a bird whisperer and he did something really strange to the peacock and it did open its tail. He definitely didn’t whisper to it. I don’t think anyone else saw it except for me – and I was horrified that I’d been part of this whole sordid, sordid…gesture thing, stroking, in a strange way," she shudders.

While her marble-painted phone keeps ringing off the hook with new jobs, her one true dream is to design a kitsch '70s club, outfitted with "a long mother-of-pearl bar, then the marble telephones and then furniture, very kind of muted pastel-coloured PVC cushions on wood veneer-covered chairs and things like that. I love disco, as well is my absolute favourite music dance to. I feel like my aesthetic is slightly like that cheesy, disco, sort of hair-blowing-in-the-wind, white silk, martini-drinking vibe," she explains. "Julio Iglesias playing Moonlight Lady."