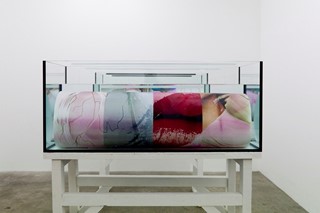 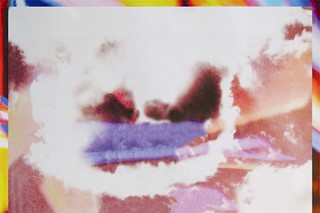 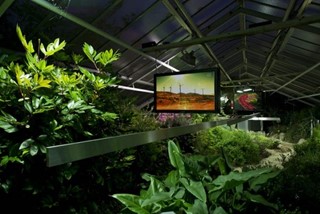 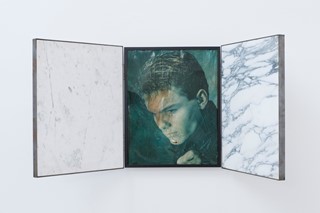 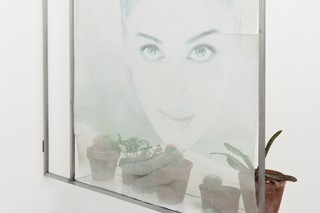 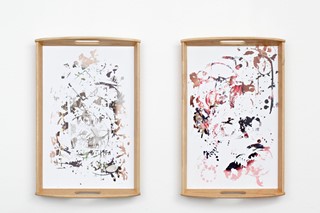 Advertising imagery and its associated codes of allure are embedded in David Jablonowski’s Blue Greens (2012). Held by Westfälische Kunstverein, the exhibition was not set within the gallery walls but nestled in the botanical gardens of Münster, Germany. On a row of flat screen TVs, digital sustainability and nature-focused advertising campaigns flashed amongst lush foliage and biomorphic sculpture in a kind of hybrid ecosystem that recalls Kari Altmann’s work. Jablonowski’s juxtaposition of advertising rhetoric with the tangible realities that it purports to represent set a scene both familiar and disquieting.

The Netherlands-based artist is not alone in this concern. Just as photography was a method of reproduction before a mode of artistic expression, contemporary artists are delving into the constructs of commercial image-making and manipulating its inner workings. In his ongoing AUTUMN AUTUMN WINTER (2012) series, London-based artist Matthew Johnstone draws on the method with which commercial images are produced and presented, deconstructing the advertising imagery that is hardwired into our everyday consciousness to produce something almost recognisable, yet altered; an abstracted vestige of its former purpose.

In one sense, the assimilation of present-day commercial imagery into art reflects a wider disintegration of the distinctions between image-making based on defined function, as part of the inexorable growth and cross-breeding of imagery in general. While the implications of the multiplying image is not a new concern – Walter Benjamin scrutinized the idea in The Work of Art in the Age of Mechanical Reproduction 80 years ago – the life of images is now in a state of increasingly rapid evolution; not in a linear, forward direction, but in an ecology that moves exponentially outwards: a neurological expansion.

In relation to this, current musings on the 'life' of the image and its possibilities of communication tend to emphasise the plasticity of images in contemporary visual culture, their ability to be re-used and recontextualised. Berlin-based Aude Pariset, who extracts and re-homes the short-lived images used in online fashion merchandising, subverts the conventional life-path of these photographs by disrupting the relationship between the image and its intended purpose. In her Hosting Works, Exposure Rules exhibition at Sandy Brown (2012), adverts for Ralph Lauren, Paul Smith and River Island are at once ‘hosted’ and distorted by serving trays and folding furniture. Similarly, in her collaboration with Juliette Bonneviot for Les Urbaines, Last Spring/Summer (2012, curated by Elise Lammer), inkjet prints of cosmetics adverts are submerged in aquariums, left to gradually dissolve in the water.

This preoccupation with the life-path of the commercial image is shared by Gabriele Beveridge, whose work draws on advertising as a form of visual representation typically associated with transience and superficiality. The London-based artist’s solo exhibitions In A Normal World I’d Be There at Outpost Gallery Norwich and Newly Laundered Smile at Rod Barton Gallery (both 2012) appropriate the sun-bleached photographs of hairdressers’ window displays. Isolated from their function both physically and temporally, the swampy green, vanishing remnants of these portraits inherit a new and captivating strangeness. In part an attempt to slow down the frantic pace of our everyday image consumption, her work also tests the fading seduction of outdated feminine advertising constructs, hinting at traces of potency, a lingering effect.

Five of the most explicit anime films ever
Arts+CultureSymbolismBlogsArt