We talk to the artist about William Burroughs' countercultural novel, our mind-boggling physicality and notions of time 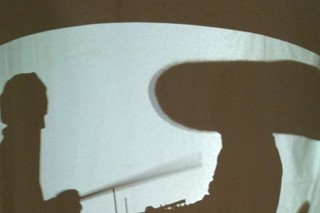 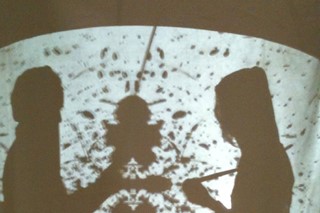 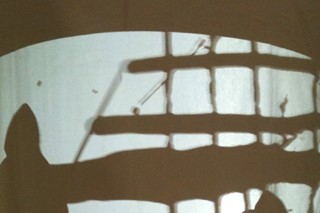 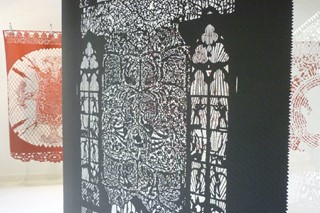 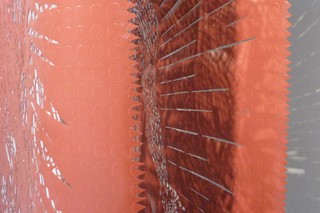 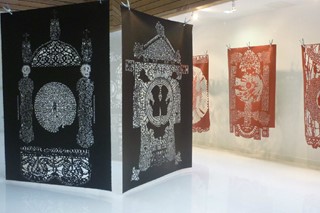 A secret agent who has the ability to change bodies and metamorphose his own body builds a time machine. Mayan priests control the minds of slave labourers working in cornfields, using the Mayan calendar’s images written in books, coded on a magnetic tape and transmitted as sound... This is just a glimpse of ‘The Soft Machine’, William S. Burroughs’ subversive novel published two years after the groundbreaking 'Naked Lunch'. The novel is the first part of the 'Nova Trilogy', one of Burrough's most experimental narravites, based on a series of manuscripts he wrote in Tangier, Paris and London years before.

‘The Soft Machine’, which is said to have first used the musical term ‘heavy metal’ in the context of modern popular culture, and influenced the likes of Brian Eno, David Bowie and Iggy Pop, is now the starting point for Polish/Canadian artist Jarek Piotrowski’s new exhibition at GALERIE8. Like the book, the exhibition explores the themes of the human body, repetitive rituals and institutions of control, through immersive large-scale installations where meticulous motifs cut out from vinyl flooring also take from Burroughs' cut-up literary technique, creating a porous theatre of light and shadow. It all kicks off with a live performance on the opening night, where Piotrowski will join German experimental musician Lars Korb and Japanese sound engineer Ayumi Sawa on a veiled stage, mixing Tibetan bowls, an African thumb piano, handmade box guitars and waterphones with computer technology to create a multi-sensorial, meditative experience.

Here, we find out more about the motivations of the artist who crosses references as varied as medicine, contemporary culture, fantasy, literature, philosophy, science, sociology and religion to unleash dramatic scenes that challenge our imagination of the unknown and our perceptions of the physical.

Dazed Digital: What is your personal connection to Burroughs’ novel, in which way does your work draw from it and what is your favourite part of the book?
Jarek Piotrowski: The book is very sexual and very physical - I like the gesture of the book, so I draw from that. In the beginning, it was so abstract that people could barely understand it and every time the book was published (three times), it was re-edited. I imagine it was very hard for Burroughs to do this, and I very much like this idea as it becomes a process - I like that process and I believe in processes. And our physicality is mind boggling if you think about it - the human body is such an amazing mechanism - it circulates 19,000km every day.

I don’t necessarily have a favourite part of the book, I like it as a gesture in itself completely rather than a particular part. I think of it more as an entity, but I do particularly like the phrase, ‘two assholes and a mandrake’ - it is a beautiful picture that I find quite intriguing.

DD: What is message of this exhibition?
Jarek Piotrowski: I try not to pose answers for anything. It’s not about sending a message. Through my work, I hope people are able to pose certain questions to themselves. All these cut-outs are made from imagery of different body parts and cultural references that allow people to relate to them. So there isn’t really one message - the works are agnostic, they are meant to pose questions. Everything I do is. I believe that people are capable of finding answers for themselves and I don’t believe that there is one ultimate answer for all. As Buckminster Fuller said, we are basically here to solve problems and look for solutions – being is a process itself.

DD: Your work is said to ask fundamental questions to the nature of being. What are these questions? Have you found any answers?
Jarek Piotrowski: Maybe the best way to answer this is to borrow from what Boltanski once said in an interview: art always oscillates between six or seven questions which are always the same - what is fear, what is desire, what is pain, what is death, etc. We have never actually exceeded beyond these fundamental platonic questions and we always come back to this.

If I did find any answers I would probably stop painting, or doing anything. No, behind those questions, I have just found more questions. If I somehow found answers I would just end up dictating them to people, and everyone needs to find the answers for themselves. There is no complete, universal answer for everything, although there are universal things that connect us – certain chaos in the cosmos for example. Also every rule we have posed until now has been disputed. I am more like a hopeless alchemist really, always trying to delude these things. I am not trying to make a statement, I am not capable of that. Instead I use these elements that are universally accessible - you have some kind of experience with them, and can open a window for yourself, and be personally confronted. If I am not able to open that window then the work is worthless.

DD: You want to explore the physicality of the human body – did the large scale of this expo test your own limits?
Jarek Piotrowski: The cutouts are a completely different movement from making painting and I use my entire body - in a painting you are adding stuff and with the cut-outs it is reduction. This process of reduction is fascinating for me - the less it becomes, the more it is. I have to use my whole body to be able to do this  - you have to be very conscious every moment. When you are on a ladder and the blade breaks, if you are not careful, you can cut yourself and in one gesture, or ruin the piece. Being very concentrated, and at the same time with the repetitiveness of the gesture, brings you into a different sphere, which also comes to close to what we call time. You can only define time through repetition - that is why people always ask the question ‘How long does it take?’ So many people, whether they like it or not, cannot just pass by these pieces without asking this question because the aspect of time is very present. And it’s a very good question that people should ask for themselves - what is time for them? We are always trying to measure time - we’re killing time, we’re preserving time, we’re winning time, we’re losing time - we are always trying to confine this aspect.

DD: Your intricate cut out patterns denote a great deal of perfectionism – why do you manually cut these patterns, what is your creative process, how long do you take in each piece, are you always proud of the final results?
Jarek Piotrowski: I need to do it myself as I don’t think many people could do that - you need a very sturdy command of your hand and be very physically disciplined. You need to come into a state and be open to that state to be able to do that. If not, you will go mad.

I do not want to laser cut as I jam a lot within the piece as I am making it, and it changes a lot. It also has to be done through warmth - it becomes more personal and my work is very personal. It is about leaving a mark, and it is a very radical mark because it is a mark of taking something away - that is the gesture. It has to be done by me. I would not be able to put anyone else through this, I would not want to. A machine would lose the anatomical / physical aspect of the work so there would be no point for me to make that. The energy I use, my energy, activates the piece. It is part of my gesture in the pieces, which take as long as they take - the entire project took one year - it is difficult to say how long each piece took.

As for pride, I am not doing this for myself. It took a lot of people to put this show together, so I am proud that I had the possibility to make such a statement, which includes a lot of people that gave me support for it. I am thankful that I was able - with a certain amount of people, and time, and energy - to fulfil that. I would not be able to make this alone - a lot of people have put a lot of time and effort into this project. I am not only talking about the musicians, I am talking about everybody - people are putting in energy to make this happen. I am very glad I was able to tap into something and generate this exhibition, but it is not about self-fulfilling pride.

DD: Can you tell us more about the performance? Why the veiled stage, why this particular mix of handmade, lo-fi instruments, ancient ritualistic ones and modern electronic music techniques?
Jarek Piotrowski: With the veiled stage, I wanted to reduce our own physicality in order to bring the tones - the simplicity of certain tones, and beauty of them - out more and not distract by seeing us play those instruments.

In the instruments, we were looking for certain tones. We had a certain concept of which tones we wanted to create and the best way of creating that was through creating our work instruments that could process that. The performance will be amazing - the most exciting thing on the island.