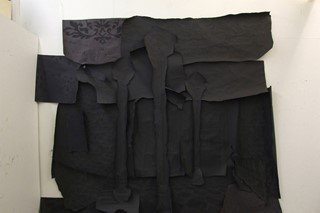 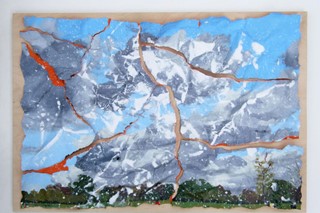 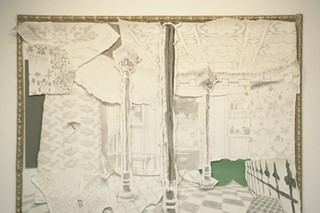 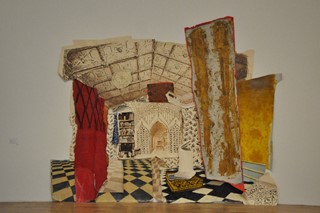 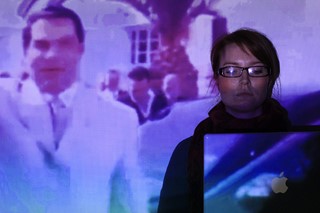 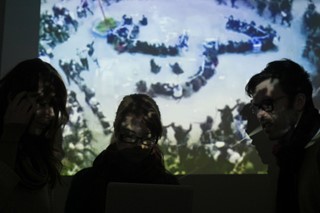 As the one-year anniversary of the Arab Spring approaches, artist Daniel Kelly presents a distinctive interpretation of the Tunisian uprising that sparked it all. The idea for The Pirates of Carthage came about from the pure serendipity in Kelly’s reading Gustave Flaubert’s Salammbo at the time of the revolutions in the Arab world; Flaubert’s historical novel tells of the mercenary revolt against the ancient city of Carthage, and held an unexpected resonance with the contemporary uprisings that Kelly was inspired to explore.

Twelve months later, the artist unveils his ambitious multi-platform production; a narrative that spans the generations, retold through excerpts from Flaubert’s novel and the Twitter feeds that drove so much of the rebellion. Presented through live stream, interactive radio, a stage event held at Soho pub The Nellie Dean, and an accompanying publication, The Pirates of Carthage encourages the audience to experience protest from every perspective. Dazed caught up with the artist to talk about some of the ideas behind the impressive project.

Dazed Digital: The Pirates of Carthage intertwines two narratives, the uprising in Tunisia from 2010 and the Mercenary War from 240BC; why did you choose to present the story through these dual timelines? Do you find an inherent timelessness to protest?
Daniel Kelly: I was captured by the way the Internet and social media were harnessed as a tool in the will of the people in the Middle East. It was the first time I noticed new media being used to achieve something productive and make a positive change in a society. Coincidentally I was reading Salammbo at the same time, and started to draw all these parallels between the two stories, and the ways in which they were passed on to me as a young adult in London in 2011. It does feel like the patina over the certainty of the last 20 years is starting to show signs of ageing; people are starting to question the order of things and this I find reassuring.

DD: You’ve described the performance as “fusing spoken word, video montage and Tunisian hip-hop” – was it important for you to make the play as immersive as possible for the audience?
Daniel Kelly: I did have a slight aversion to 'multi-media' art, as it felt like a lot of bad postmodern paintings from college that myself and others used to make. But this seemed different somehow because of the subject matter. The speed at which we gather our information has dramatically increased in the last 10 years, along with the pool of which we can draw our sources from. But I think it won’t be until the next generation of artists come through who have grown up as 'native' internet users until we start to see more of a shift in fine art practice.

DD: 2011 was filled with uprisings, riots and protests - the Arab Spring, UK riots, the Occupy movement - what role do you think artists play in creatively re-interpreting these historical moments?
Daniel Kelly: Artists can interpret historical moments however they choose. I think this piece is pretty socially sound in its retelling the intricacies of the Tunisian revolution to an audience who otherwise may have let it pass them by. Artists are not historians or documentary filmmakers - making art is quite a selfish endeavor really, you can really pick and choose how you'd like to interpret something because it's always going to be about you in one way or another. And does an artist owe a debt to society to be a good citizen or to make good art? Can we chat about that again in 40 years because at the moment I'm still undecided I’ve spent long afternoons in the pub arguing about this and am still making up my mind…