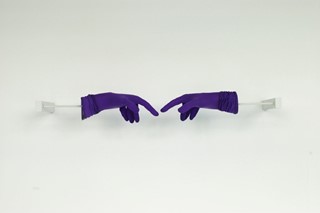 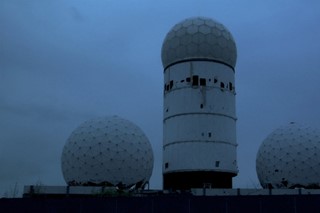 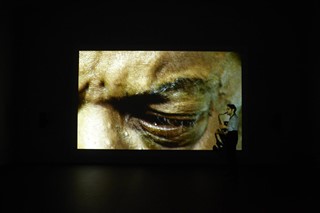 Albanian born video artist Anri Sala came to the attention of the art world during the 1990s through his touching and emotionally charged films depicting stories from his native country and the political unrest it was then navigating. Although now known predominantly for his video and film installations, Sala originally trained in a variety of practices including fresco painting before he moved into video. While it may seem a strange leap, it was the interest in layering of image and ideas that was current in fresco painting that Sala has transposed into his work with moving image.

Currently showing at the Serpentine Gallery, Sala's exhibition highlights another important aspect of his work, the interest in music. Sound and the creation of music at the heart of a number of the pieces, and an element that each work could in some way be performed live. The show is made up of a selection of various works made during the past five years and while each may not have been made with another in mind, for this exhibition Sala has chosen works which in some way communicate with each other. Here we talk to him about the show and the conversation between him, the works themselves and the audience.

Dazed Digital: Is there a theme that runs through the selection of works in the exhibition?
Anri Sala: I think it is the perception of music through different layers of time. The exhibition intertwines recorded time with ‘live’ time, scored time versus extemporized time and time in film versus time in music.

DD: How do you go about the selection process?
Anri Sala:I selected works that are consonant simultaneously or consecutively. They alternately phase on and off across the exhibition space, creating an overall experience of continuity which is punctuated by disruptions.

DD: How do you feel the works relate to each other?
Anri Sala: The idea behind the phasing of the installation is to let the audience create their own position between the different works. We often find ourselves being a third point connecting different references. The audience arrives at irregular intervals and each individual arrival in the exhibition space creates a new beginning.

DD: You have chosen to present works that communicate in pairs, why?
Anri Sala: Metaphorically speaking, when I think of an exhibition, I wanted to ‘turn down the volume’ of the individual foregrounds of the selected works in order to ‘play louder’ their respective backgrounds. The works no longer function as solos but come together as one. In this process, sometimes the background of an existing work leads to and becomes the foreground of a new one, creating pairs where disruption and continuance play the same tune.

DD: Music is core element of a lot of your work. Why is it important to you?
Anri Sala: To put it simply, I’m interested in finding or directing situations in which emotions do not pass through verbal language and verbal understanding.

DD: How do you use it as a tool?
Anri Sala: Music offers me a remarkable opportunity to both enhance and decline a narrative.

Anri Sala is at The Serpentine Gallery until 20 November, 2011