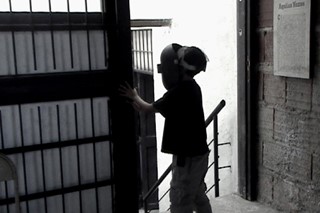 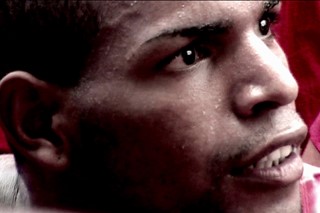 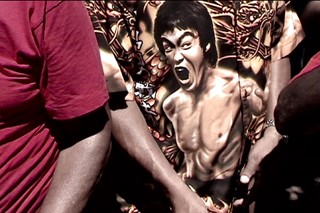 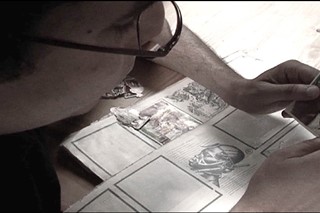 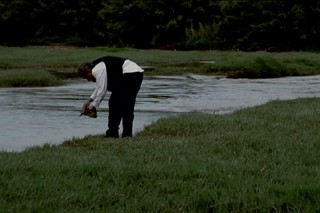 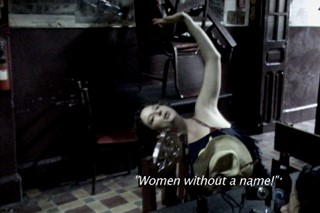 Among work innovatively pushing the boundary between cinema and video-art at REC Tarragona International Festival of Cinema in Spain last week was Venezuelan director Andrés Duque’s Color Runaway Dog, a mesmerising, witty assemblage of personal archived footage streaked with gentle melancholia featuring everything from Venezuelan myth to a quaint and hauntingly poetic recollection about a suicidal pet. One of the most significant experimental filmmakers working in Spain today, the Barcelona-based director chatted over sangria about the film’s atypical genesis.

Dazed Digital: How did the idea for the film come about, and from where did you source the clips?
Andrés Duque: I started the other way around - on the editing. It’s an editing-based film oriented towards a Catalan phrase not used anymore but which I loved a lot, “Colour of a runaway dog” - meaning a colour that’s not pure, something like a blur. And I had this accident - the scene where I jump on a bridge trying to stow away in a train actually happened and was the beginning of doing this because I had to spend two months in bed.

You see the window where I’m living which has the lousiest view so what better window than Internet. I was of course very bored, and I started getting into sex web cams and going on YouTube, spending a lot of time that I didn’t have before on this kind of new distribution media. I started downloading images that I liked, and conversations that I liked that I recorded, and put it on my hard-drive. Then suddenly I had a virtual memory of myself. I thought I could make sort of a line-map, something to connect these images and construct something more poetic.

DD: There’s a clip from Iván Zulueta’s Spanish cult film Arrebato - what’s your relationship to his work?
Andrés Duque: It’s important for me this year to rethink about Zulueta as he died in December the year before last and he was a very good friend of mine so for me it was very shocking. I did the documentary [Ivan Z.] about him, it was my first film and was in 2003. Since then we were always talking to each other. Arrebato is a film I saw in Caracas where I originally come from when I was 18 years old and it’s a movie that changed my life completely.

I was really exposed to auteur films when I was a kid, and that film told me that film was another thing beyond a concept, a story, it was something more like a geographer, an alchemist. You can get very hypnotised and that’s an effect that only films can have. I was obsessed with that film, so when I arrived in Spain in 2000 I started to look for him until I found him and then we became friends.

DD: Your work is very experimental in style- is it important for you it’s seen in a cinema rather than a gallery?
Andrés Duque: My films have been shown in galleries and museums but I think they need that dark room where you can sit. I’m not a conceptualist in my work, I’m very intuitive, and like Will More in Arrebato I love the rhythms that I find and I know that when I’m recording something there is a lot that you cannot explain by words but I know that people will connect with that.

DD: What’s the context of the footage shot in Venezuela?
Andrés Duque: Last year was a really strange year for me. It all started with that accident, and then I had to go back to Venezuela after almost 11 years because of some family issues. For me it was very shocking to go back because I’d totally cut the cord. I wanted to break with Venezuela but somehow when I got there I got very fascinated with getting reconciled again with a lot of things that I thought were dead already, some feelings and even memories and friends and even what I’d back then hated most - the chaos. Venezuela is so, so chaotic, but now I understand that it’s part of my identity and I was fed with that chaos, and now that chaos for me is important in my work. I somehow became conscious of that. And I’m still thinking about it.