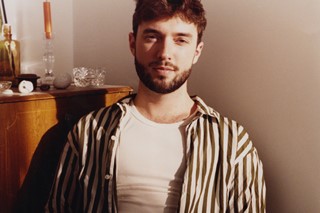 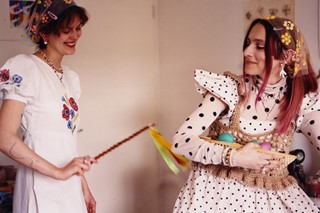 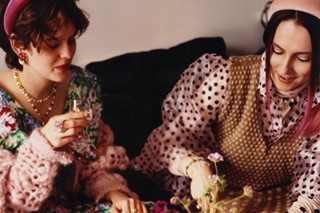 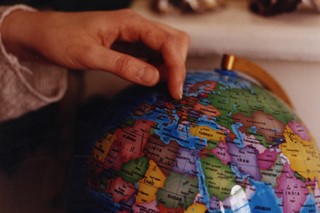 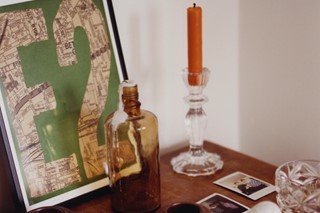 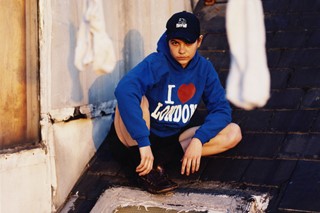 It wasn’t until Prague-born photographer Johana Kasalicka moved to London five years ago to pursue her studies that she uncovered a significant part of her identity – that she’s Eastern European. Or at least that’s the label people wanted to pin on her. “I never thought of myself as Eastern European”, she tells me, “but rather just as a European or Czech. And then I moved to London, and I found out that I am labelled as Eastern European in the UK, which brings certain negative connotations and stereotypes.”

As she settled into the city and her studies, she spoke to fellow first-generation CEE people in London and noticed a pattern in the feelings and experiences of living – pigeonholed – by that label. She began to probe, using art and the creative community she had met through her studies at the London College of Fashion as a tool for connectivity and discussion, to create a positive portrait of her community – something physical to work through these growing anxieties and frustrations. And so, she picked up her camera and created a body of work to dispel harmful ideas about who she and her community are.

The series sees Kasalicka visiting her friends’ homes and surrounding areas to photograph them in their spaces as authentically as possible. She dressed them in their clothes and with as little direction as possible, she aimed to strike a balance between candid and staged.

Interestingly, she picked up on the similarities between their spaces and how they choose to furnish them, which became the thread which connects the series, but also the community. “I found out that all of my CEE friends tend to collect stones and shells anytime they go to the seaside and put it on display,” she says. “I believe we must have learnt it from our parents and grandparents, who couldn’t travel under a Communist regime. When they finally could travel to the coast, they would bring home shells and stones to put in their glass cabinets.”

There are other items that hint at a person’s heritage without them having to say a word. Like in her friend Julia’s room, which displays a collection of religious pictures and statues. “(Fellow CEE people) will perhaps immediately guess she is Polish because that’s sort of a well-known tradition there – to have at least one statue of Virgin Mary in their household,” explains Kasalicka. “Or, at least it would suggest she is not Czech because most Czechs are atheists.”

These objects are easter eggs that Kasalicka welcomes in her frames. “The series celebrates CEE heritage and through hidden symbolism of CEE culture, meals, traditions; like drinking tea with lemon and honey instead of milk, or wearing slippers at home, or Eastern European decor,” she says. “I tried to comfort and encourage the sense of belonging for those who might feel that they are sometimes left out.”

But the series has other intentions, too, which is to give visibility to her fellow CEE community, and to let those outside of it learn. She adds: “To perhaps show that despite the fact we have some cultural differences, we are not that distant after all. I wish these portraits would work as an invitation to get to know my community better – because familiarity and meeting members of minorities prevent xenophobic behaviour and discrimination.”