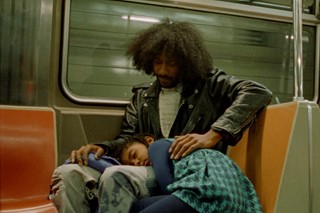 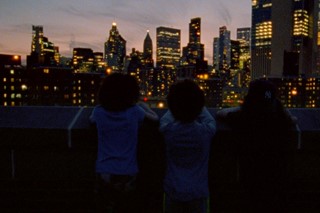 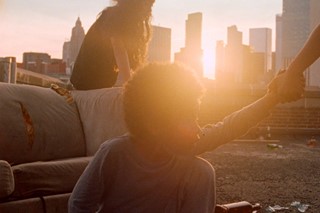 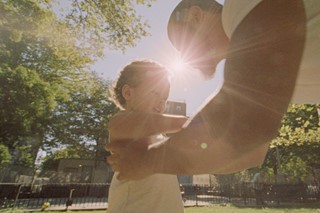 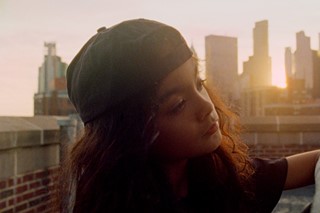 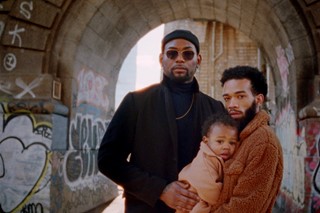 The origins of Stella Asia Consonni’s latest short film are part dream, part experience and part history. “I was at a park one day and there was a father with his young son. He was attentive and caring, kissing his son’s head and listening to the child’s babbling as if he was having the conversation of his life,” the Italian-born director and photographer tells Dazed. “Tears started to run down my cheeks as I felt the void in my life left by my absent father – it was painful.”

In the wake of witnessing this poignant father-son exchange, Consonni had a dream that presented a vivid vignette of childhood, reconnecting her with her own impression of this seminal era. “There were three kids running around in a big city, sneaking into buildings and inventing games out of anything – very much what my younger brother and I were getting up to at that age,” she explains in a conversation over email. “The dream recalled how we are most impressed by our fathers when we are young and they appear as superheroes. Also at this age, the experiences we have with our fathers shape our adult lives and futures.”

Inspired by these visions of childhood and a renewed impression of her own fatherlessness, Consonni began working on a short film and photography project that would explore relationships between kids and their dads. “Fathers who are tender and loving do exist. With this project, I want to celebrate those fathers that proudly carry their title and serve as strong pillars of protection and emotional guidance for their children.”

Dear Dad (2022) is a restorative, nostalgic, life-affirming vision of childhood drenched in the golden, late afternoon light of New York City. It invites us to relive our own most cherished memories as we enter the dreamy world of three seven-year-old kids – Nathaniel, Hunter and Sydney. “They are sweet, naughty, curious, and full of crazy ideas. It’s through their eyes that we explore fatherhood while following them throughout their concrete stomping grounds as they embark on a series of mischievous adventures.”

Despite Consonni’s own experiences, she feels that some of the pejorative ideas about men too heavily dominate the conversation. “Especially in big cities like New York and London, the theme of heartless men who don’t want to get ‘tied down’ seems to be the prevailing narrative. I’d sincerely like to see men who aren't afraid to love and to show it championed and celebrated instead.” According to the filmmaker, this is a vital story for our times. “More than 20 million children live in a home without the physical presence of a father. Millions more have dads who are physically present, but emotionally absent. I feel like now more than ever it’s time to celebrate those men that take a stand in being proud, emotionally present fathers. The relationships the youngest generation has with their parents will define the people who will become the future leaders of this world. With this film, I wanted to shine a light on fathers – both the fathers of our characters as well as the real-life fathers featured at the end of our film, who are committed to building loving, lasting, joyous relationships with their children.”

Take a look at the trailer below for a glimpse of Stella Asia Consonni’s Dear Dad, or visit the gallery above for a closer look at the accompanying photography project.

Dear Dad will be screened on October 13 2022 at Angelika Film Center New York, with the photography exhibition and cocktail reception to follow. If you wish to attend, please RSVP to abc@accentptojects.co