The Rhondda In Colour by Elijah Thomas shows the wild contradictions of his bleak, beautiful and bizarre homeland 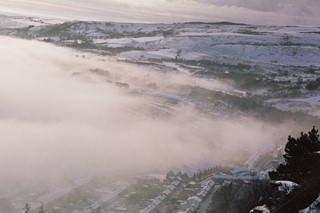 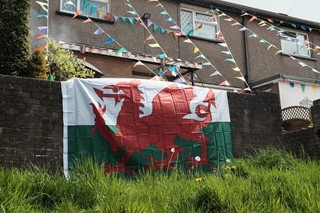 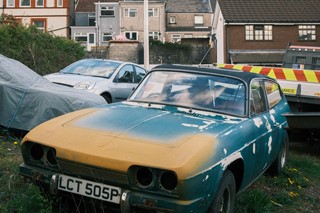 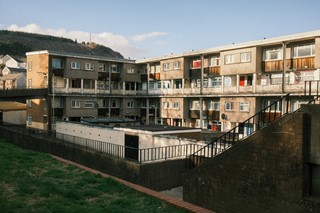 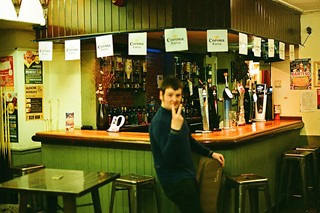 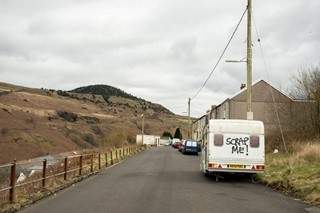 Majestic mountainous vistas, shafts of sunlight cutting through the icy fog, a burnt-out car, a group of lads convulsed with laughter as their friend vomits hilariously into a bucket, a lone ice cream van parked in the wilderness, an end-of-terrace draped in a colossal Welsh flag… the Valleys are a mystical terrain, accommodating a multitude of meanings and contradictions; bleak, exalted, unyielding, absurd; the past and the present existing in the same shared space amid the hardships of the land and prodigious warmth of the company.

Photographer Elijah Thomas was born and raised in the Welsh Valleys and the place continues to exercise a hold on him: “I’m surrounded by it and it continues to mystify me,” he tells Dazed in a conversation over email. “A lot of folks won’t understand it but, for others, there’s a charm here and sense of character that I find fascinating. There’s not much in the way of funding or things to do, but love and a great sense of humour compensate for that.”

In an attempt to distil the allure and magic of the area, Thomas began to take pictures. The Rhondda In Colour has so far manifested itself as an exhibition [currently running at Clwb Coffi in Tonypandy] and three volumes of a sold-out zine but looks set to become a life’s work. “It is an ongoing project and will continue until the day I snuff it...or get banned from every pub in the area,” he reflects.

“The Valleys and the Deep South are seen by the wider world as being populated by a bunch of shit-kickers, but what we produce is from the heart. There’s a strong sense of Identity in both places” – Elijah Thomas

The third and latest issue of The Rhondda In Colour gathers together a collection of Thomas’ images that attest to the Valleys’ outstanding beauty and distinct culture. I ask him about the various stereotypes about South Wales. “Of course, you get the sheep one,” he muses. “Also, maybe male voice choirs too? But I challenge anyone not to have their heart broken after five pints when Treorchy Male Voice Choirs breaks into song during their weekly visit to The Lion pub in Treorchy. There’s a photograph in the zine of Paul Williams from Lewis Merthyr Band – their oldest member who continues to play after 50 years of service. Some of the smartest people I’ve met are from here...also some of the craziest. There’s a fine line.”

The zine contains an introduction by writer Emma Garland, who shares a hilarious and eccentric tale that seems to embody some aspect of the pragmatism, eccentricity, tenacity, and surrealness that characterises the local folklore. “My grandad once got so drunk at his local that his friends hid his car keys, assuming he would sleep it off in the pub. Instead, he stole a horse and rode it home over the mountain,” she writes. “Whenever I think of the Valleys, I think of that image. A figure – half man, half allegory – laying claim to his land under the cover of darkness like a lunatic king. And if it weren’t for the people who woke up in the morning to find a horse tied to a post in the back garden, you wouldn’t believe it happened at all.” She adds: “It is, in many ways, a ridiculous place. It’s also a beautiful one. As much as we like to refer to things as ‘crap’ and ‘buggered’, which they frequently are, there is also a warmth and humour as vivid as the smell of Carling soaked into rugby club chairs. Nowhere on earth has the same feel.”

For Thomas, the local sense of humour is one of the prevailing things that really define the sense of place. Like everything about the Valleys’, it’s riddled with contradictions but it is “brilliant – casual and nonchalant, ridiculous yet understated.” But when I press him to try and choose the image that most epitomises the Valleys to him, he chooses a portrait of an ice cream van on a windswept moorland road with just a lone sheep appearing to queue (above). “It also shows the European influence in the Valleys, especially in regards to the Bracchi cafes that opened after the war. Speaking to the Carpanini family during a visit to their cafe, Carpanini’s – sadly now shut – when I first started this project, which coincidentally coincided with the Brexit referendum… just sitting there in their cafe, it really showed their influence in the community.”

Both Garland and Thomas agree that there’s something about the Valleys that has something in common with the Deep South in America. “The Valleys and the Deep South are seen by the wider world as being populated by a bunch of shit-kickers, but what we produce is from the heart. There’s a strong sense of Identity in both places. I love Hank Williams as much as I love Tom Jones.” But, speaking of music, if he tells me if he had to soundtrack his images of the Valleys, he’d choose his own track Everything Else Is Just Work, but also concedes that “the Twin Peaks soundtrack would work well too.”

Take a look through the gallery above for a selection of pictures from The Rhondda In Colour.

The Rhondda in Colour Elijah Thomas is currently on display at Clwb Coffi in Tonypandy. Follow The Rhondda In Colour for updates on future re-editions of the sold-out zine.