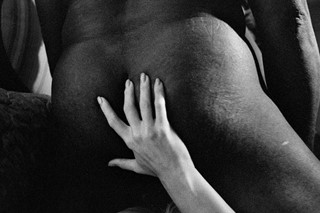 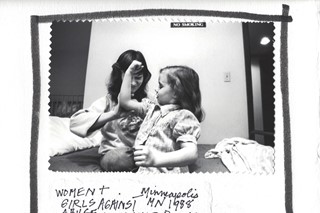 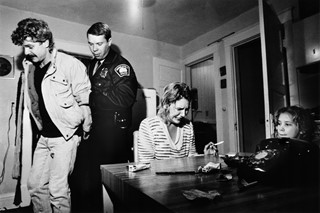 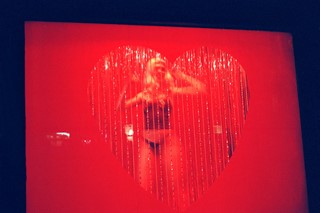 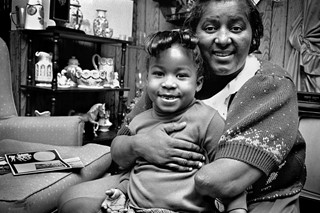 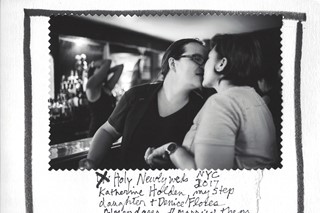 “Documentation is sacred,” says Donna Ferrato. “I am a woman with a camera. I choose where I walk. I pick whom I walk with. I am the maker of my photographs. The photographs come from stories about real women who’ve overcome personal trauma and found freedom on their own terms.”

Since the late 1970s, the acclaimed New York-based documentary photographer and activist as been using her camera to honour the remarkable courage and experiences of women, exploring themes of “sex, domestic violence, abortion, home birth, love, and polyamory” with her powerfully empathetic gaze. Her groundbreaking book Living With the Enemy (Aperture, 1991) exposed the hidden horror of domestic violence, while her 2020 book Holy (powerHouse in 2020) is a rousing call to action proclaiming the “the sacredness of women’s rights and their power to be masters of their own destiny.”

Four years in the making, Holy is Ferrato’s ode to “gonzo warriors fighting the battle between good and evil.” She recalls, “Making the book by hand was slow unpredictable work. It kept me occupied and taught me how to cut out the noise and listen to women. Women are the best storytellers…  believers, non-believers, young, old, cis, and trans living.”

In a conversation over email, Ferrato recalls the dire circumstances in which she created Holy. “Living with Trump as president was hell,” she recalls. “Endless sickening media talk… Blah blah blah about his women on the side, the size of his dick, public exposés about sexual harassment, mothers fleeing mad violence, losing their kids to ICE, fighting Isis, babies locked in cages, COVID-19, mothers and children locked up at home with abusers and rapists, the killing of Black men and women, the rise of the white supremacist movement. It was getting uglier day by day.”

“I’ve been worried, and, sad, and angry for a long time,” she tells Dazed. Against the backdrop of Trump’s presidency, she began a new project which would become Holy: “Feeling untethered, in 2018 I began working on a book about ordinary-extraordinary women who were also in hell and then took control of their lives. It was about the rights of women and how sacred these rights are. Of course, I was worried about Roe and what the Supreme Court was going to do. I was trying to inspire myself to keep going. I wanted to praise women for being so brave, trying to say, ‘This is how to fight the patriarchy.’”

The opening of her latest exhibition anticipated the Supreme Court’s disastrous decision to overturn Roe v. Wade. Also titled Holy [Daniel Cooney Fine Art], the show surveys her archive of images depicting the many spheres of women’s lives. “My book, Holy connotes the sacred rights of women to control their own destiny through the choices they make: being LBGTQ+, loving who they want, being free to leave abusers whenever they want, having easy access to safe and legal abortions, birth control methods, good health care options, equitable pay scale, etcetera. The Holy exhibit is dedicated to the examples of wonder women in the book, and to provide a safe place for like-minded people to gather.”

“I worry about women and girls… about the horrible things that happen when no one’s watching or, worse, when no one cares” – Donna Ferrato

The show debuts 40 never-before-displayed collage works. “I can’t say what possessed me to even do them,” she says. “I was playing around, having fun, making what felt like poetry or therapy art. I wanted to weave my handwritten narrative pieces on the actual silver gelatin photographs because it looks nice and tight, maybe it feels and looks radical, not precious.” Incorporating text and potent, provocative statements, the collages expand the scope of Ferrato’s practice in new powerful ways. “Many of these things I’ve been experimenting with feels like busting out of a box, or being a wave and breaking on a wall. There were usually made in the early morning before sunrise, oil paint on thick cotton white paper, with imperfect 5x7 photographs cut with pinking shears or a craft knife.”

The stirring photographs exhibited in Holy attest to Ferrato’s ongoing philosophy as an image-maker: “My moral imperative is to be there and help people suffering in silence… to respond as a human being, to earn trust, to listen.” As women’s rights feel particularly imperilled and progress has faltered in a way likely to devastate the lives of so many women in the US, Holy is both a restorative act of care and a stirring siren call. “Abortion and contraception are long-standing practices dating back to ancient Egypt,” she says. “I worry about women and girls… about the horrible things that happen when no one’s watching or, worse, when no one cares.” Looking at her photographs, it’s impossible not to feel just how much Ferrato cares. Signing off her email, she writes, “Never give up the fight!”