The museum’s deputy director is claiming the works were ‘removed from the rubble’ around the monument – lol did you sprain your arm with that reach, hun?

In recent years, numerous museums have been called upon to return any artworks and artefacts looted from other countries during the colonial era. In European countries like France, Germany, and Belgium, museums have begun the process of returning stolen objects to their countries of origin, and recently the Smithsonian Institution announced their groundbreaking new “ethical returns” policy, following their decision to ship a number of Benin Bronzes back to Nigeria.

But, as per, the UK is late to the game, despite the British Museum being the world’s “largest receiver of stolen goods”. Notably, the museum is in possession of Hoa Hakananai’a, a statue stolen from Easter Island in the 1800s, and several Benin bronzes stolen from Nigeria. The museum’s website vaguely states that its “objects have been acquired in a variety of ways” – which seems like a lot of words just to say... “stolen”.

The British Museum has also been locked in a dispute with Greece for decades after the country requested in 1983 that the museum return the Parthenon sculptures, a collection of different types of marble architectural decoration from the temple of Athena (the Parthenon) in Athens. Now, tensions have heightened after Greece rejected a claim by the British Museum that the statues, removed under the instruction of British Ambassador to the Ottoman Empire Lord Elgin, were retrieved from “the rubble” around the monument. 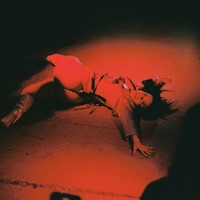 By this logic, stealing isn’t really stealing if you’re taking something that’s just lying around unguarded. Interesting – I need to try that one next time I use a bit of my flatmate’s expensive shampoo x

In reality, Lord Elgin petitioned the authorities to be able to remove figures, was granted a permit to do so, and went on to seize around half of the remaining sculptures from the Parthenon, selling the works to the British Museum in 1816. At present, the museum is in possession of 15 metopes, 17 pedimental figures and 75 metres of the original 160-metre long frieze in its collections. Most of the remaining statuary is rightfully housed in Athens in a museum at the foot of the Acropolis.

In recent months, Greece has reinvigorated its campaign to repatriate the artwork, with prime minister Kyriakos Mitsotakis raising the matter with Boris Johnson in November 2021.

The British Museum asserted that Elgin had taken the statues from the rubble at a Unesco meeting last week. “Much of the frieze was in fact removed from the rubble around the Parthenon,” the museum’s deputy director, Dr Jonathan Williams, said at the meeting. “These objects were not all hacked from the building as has been suggested.”

But... they were: Greece literally has the receipts. In one letter between Elgin and Giovanni Battista Lusieri, the Italian painter who was instructed to oversee the removal of the sculptures, Lusieri beseeched Elgin “to send a dozen marble saws of different sizes to Athens as quickly as possible”. In another letter, Lusieri admitted to Elgin that he had “been obliged to be a little barbarous” during an operation to dislodge a relief panel from the temple. Dr Williams... you have been caught in 4k.

Greece’s culture minister, Lina Mendoni, has accused Elgin of theft. “Over the years, Greek authorities and the international scientific community have demonstrated with unshakeable arguments the true events surrounding the removal of the Parthenon sculptures,” she said in a statement published in the Guardian on Sunday.

She continued: “Lord Elgin used illicit and inequitable means to seize and export the Parthenon sculptures, without real legal permission to do so, in a blatant act of serial theft.”

Does it look like Britain will be characteristically slow to face up to the murkier parts of its past? Will the British Museum continue to act like a literal five-year-old child petulantly shrieking ‘finder’s keepers!!!!’ ad nauseam? Sadly, yes. But with other institutions across Europe and the US returning looted artefacts to their rightful countries, it seems like it’s only a matter of time before the British Museum returns all their stolen spoils.