Jean-Michel Basquiat: Art and Objecthood is the exhibition exploring the artist’s use of unconventional materials as surfaces for his prolific painting 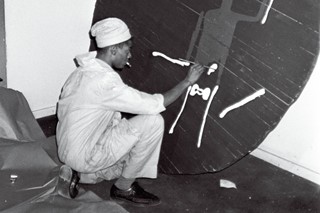 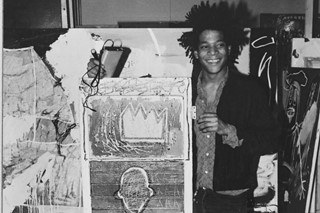 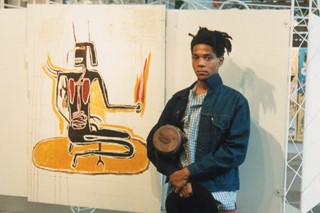 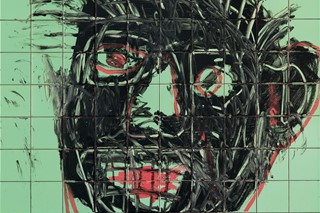 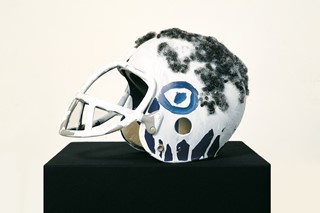 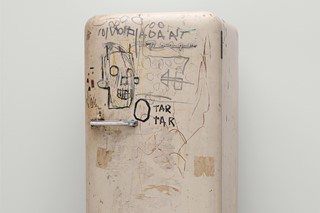 As Olivia Laing so beautifully wrote in her book Funny Weather, Jean-Michel Basquiat was an artist who “coloured every surface with his runes.” Throughout his career, from his early days in the late 1970s, creating graffiti with Al Diaz under their moniker SAMO©, to his years in the 80s as an internationally renowned artist, his prolific practice was never confined to the canvas or traditional gallery spaces. With a graphomaniac quality, his artworks spilt out across the surface of the city itself. The whole landscape of NYC – the buildings, subway, walls, discarded windows, doors, mirrors, and wood boards, refrigerators, chairs, cabinets – became an alternative canvas on which to disseminate his rebellious iconography and cryptic hieroglyphs, rallying against colonialism and systemic power structures.

Jean-Michel Basquiat: Art and Objecthood is the new exhibition at Nahmad Contemporary exploring the artist’s connection with found objects and unconventional materials. “The first paintings I made were on windows I found on the street,” he explained in a 1985 interview. “And I used the window shape as a frame, and I just put the painting on the glass part and on doors I found on the street.”

Taking its title from the 1967 essay by renowned modern art historian Michael Fried, the show reconsiders Basquiat’s work in relation to ideas of art and objecthood – a debate that was very lively at the time and pertinent to the pop art movement and artists such as Andy Warhol, who would later become one of Basquiat’s close friends and collaborators.

A statement from the gallery elaborates: “This exhibition demonstrates the extent to which Basquiat’s sculptural practice and particular use of objects reveal his intense dedication to the struggle against social inequality, as well as his profound engagement with the politics of race in the United States. His universal system of communication – and the collective struggle against ignorance, fear, and silence portrayed by it – are more relevant today than ever.”

Jean-Michel Basquiat: Art and Objecthood  is running at New York’s Nahmad Contemporary from April 11 until June 11 2022