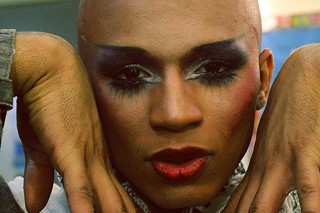 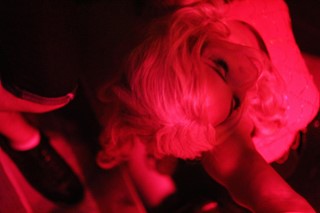 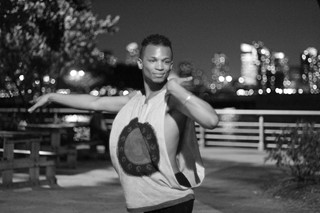 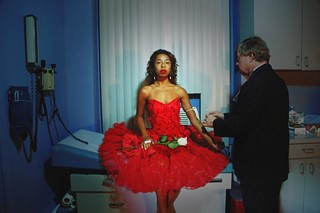 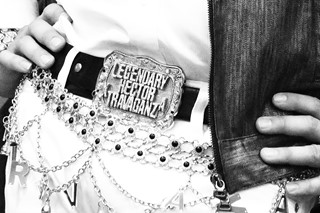 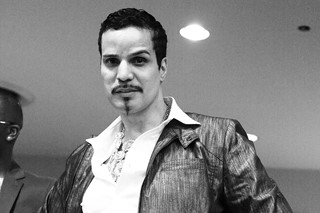 Kia LaBeija was born with HIV in 1990 in New York City – a time when the city was reeling from a maelstrom of devastation and death, while the government was doing nothing to help. By the end of the 1980s, more than 28,000 New Yorkers had died of Aids-related causes and the epidemic continued to skyrocket during the first half of the decade. Another 50,000 New Yorkers would die from HIV-related causes before life-saving medications became available in 1996.

While the impact of Aids on the gay community was heavily documented and publicised, the struggles of women and children largely went marginalised and untold. In 1985, the CDC published recommendations to prevent mother-to-child transmission of the virus either during pregnancy or at birth but sadly, then as now, the ineffectual messaging did not stop the pandemic from spreading to the most vulnerable groups. By 1990, the New York Times reported that children had become the fastest-growing group of HIV positive patients. Little hope was held for their survival. “No matter what you do, all the children with Aids die in the end. They’re all a time bomb,” Dr Savita Pahwa told the Times.

Enter the activists – people like LaBeija’s mother, Kwan Bennett, who dedicated her life to fighting for HIV positive women, children, and families. After both mother and daughter were diagnosed with HIV in 1993, Bennett taught her never to be ashamed – to live her best life despite the stigmas, the painful treatments, and the very real threat of death.

“My mother was just a beacon of light,” LaBeija tells Dazed. “The connection we had was incredibly strong, beautiful, and deep. I always think of my mother as a soulmate: my first love and life partner. Throughout everything, she was very optimistic and grounded, a joyful person who cared about other people. Watching my mother gave me a lot of courage and strength.”

Bennett’s love imbued LaBeija with the ability to stand up for herself, both figurative and literally. One day during seventh-grade assembly, a guest speaker asked the students if anyone was HIV positive. LaBeija rose from her seat. She had “come out” to the whole school only to realise she was standing alone. Although it was 2002, fear and prejudice still loomed. Students glared, their fear and anger fueled by the harrowing ignorance and bigotry that has tainted HIV since it was first described as a “gay cancer”.

But LaBeija would not be cowed, knowing she had a story to tell. “I remember feeling like the things we were learning about historical narratives didn’t fully resonate with me,” she says. “My mother was very involved in activism so I was in a lot of spaces with other people of colour: women, children, and families. The historical narrative was very particular and highly concentrated on the male cisgender gay community, but there are no many other narratives that I experienced growing up.”

Realising there was no role model to follow, LaBeija forged her own path across photography, film, dance and performance art to explore her identity as a queer woman of colour living with HIV. After her mother died in 2004 at the age of 47, LaBeija decided to continue her work reframing the Aids narrative to create a more inclusive and expansive approach. “I don’t want my mother’s story and her voice to go unheard,” says LaBeija. “She spoke so much because she wanted to feel we were represented.”

In her first solo exhibition, prepare my heart, LaBeija honours her mother’s legacy with her extraordinary coming of age story, which weaves together three decades of archival images, poetry, video, self-portraiture and ephemera for a kaleidoscopic look at love, loss, resilience and creativity.

Envisioned as a love letter to New York City, LaBeija’s story begins in her childhood home: Manhattan Plaza, a subsidised artist housing complex in Hell’s Kitchen back when the neighbourhood fit the name. LaBeija was surrounded by creativity from a very young age. Her father was a musician who played drums for Whitney Houston, while neighbours included Alicia Keys, Chita Rivera and Timothée Chalamet, whose mother was her first dance teacher.

While many young girls dream of becoming professional dancers, they do not always see themselves represented on stage. “At my ballet school, I was one of three students of colour and I wanted more,” LaBeija says, who is Black and Filipino. “I remember seeing all these beautiful brown people dancing with Alvin Ailey, and I was like, ‘Oh, my God, this is exactly what I want!’ I wanted to walk around with my hair in a bun, leotard, and tights every day. I auditioned a few times; I didn’t get in and was devastated.”

Fortunately, LaBeija found a way. While studying musical theater at the Professional Performing Arts School, she was able to switch majors and audition for the Ailey School. “I finally got in!” she says. “The experience was everything and more than I wanted it to be. I was able to learn different kinds of movement like ballet, modern, West African, hip-hop, tap and jazz. But as I kept going, I wanted something more. I didn’t know who I was outside of what I was being taught in class. I wanted to listen to music and let my body move the way it wants. That’s when ballroom found me and fell into my lap.”

In 2009, LaBeija became involved with New York’s iconic house and ballroom scene, and began walking balls in 2012. “Voguing is so linear, especially the type that I was doing, which is called ‘the old way.’ It’s a classic form of voguing and it was so liberating to me,” says LaBeija, who joined the legendary House of LaBeija, the first of its kind.

Although she is no longer a member, her achievements speak for themselves. LaBeija went on to win the first Woman’s Old Way Vogue of the Year in 2015, became the Overall Mother of House of LaBeija, and was awarded the Hector Xtravaganza Excellence Award, named for her late gay father, Hector Xtravaganza (1965–2018), a Puerto Rican LGBTQ+ and Aids activist who carried the title “Grandfather” at the time of his death.

“Hector was such a giving person. He was someone you could always call on who would be there for you. He wanted his gay kids to be safe, healthy, and feel loved,” LaBeija says. “When we would talk about being HIV positive, he would tell me about all the children he had worked with in the late 80s and early 90s, and so many of them died. He explained to me that one of the reasons I was one of his kids was because I was representative of those babies who survived.”

For the HIV positive community, love is inextricably connected to death in a way that few understand. Just 14 when her mother died, LaBeija found herself returning to the hospital where she spent the last moments of her mother’s life, compelled to take photographs of the place that had become her world. “I went up to the critical care unit floor and photographed the room where I remember seeing my mother on a ventilator for the first time,” she says. “I photographed the nurses’ station and the window where I would sit and watch the sunset. I don’t want to say the hospital felt like home but there was a familiarity and I wanted to capture that.”

While studying writing at The New School, LaBeija began taking photography classes with George Pitts, the beloved photography director of Vibe magazine. “Anyone who took his class will tell you that he changed their life,” LaBeija says. “He was the first person that I felt had this belief in me. I would bring in my assignments and one day he said, ‘You know, that could be published.’ I never thought like that before. I was just enjoying the work, but he believed in me, and he believed in all the students.”

Pitts exposed LaBeija to photography in a way that she had never seen it before. “It was like someone was massaging my heart and my brain,” she says. “I wanted to start exploring the different ways I could use an image to represent my life. I started realising, wow, maybe I can tell the story I’ve been wanting to tell for so long through images.”

By laying her soul bare in her art, LaBeija shares her journey to radical self-love and self-acceptance with us. “There are so many ways to love and to be loved. There’s a multitude of love languages and everyone experiences it differently,” she says. “I’ve been fortunate to have the love of family as well as the love of my partner who is like a breath of fresh air every day. And just learning how to love myself – I think a lot of that is in the photographs. I take these pictures hoping to find beauty and I feel like every image is a piece of a bigger puzzle.”

With prepare my heart, LaBeija now puts these pieces together and shares her story with us. “I hope that people will experience it, just feel it, and take whatever they need from it,” she says.

Kia: prepare my heart is on view at Fotografiska New York through May 8, 2022