The photographer’s stunning debut photo book asks the question: what does it mean to be Jamaican? And specifically, to be a Jamaican living elsewhere? 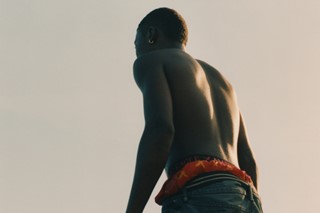 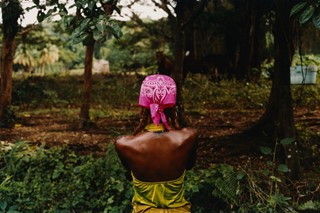 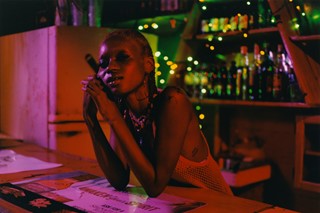 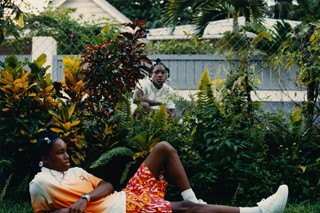 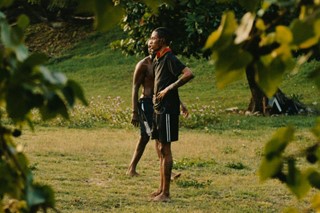 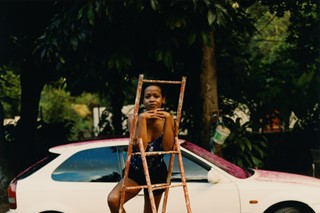 In the foreword of Jeano Edward’s expansive debut photo book, EverWonderful, the photographer and director’s friend, Ryan Christopher, captures its essence when he pens: “We partake in the rewriting and adoption of memories”. Edwards, now in his early 30s, migrated from Jamaica to the States when he was 16-years-old, and Ever Wonderful is as much about his re-discovery as it is our discovery. A stranger in a familiar land, he searches for himself in the gaps of his dual-nationalities, looking for the residue of ‘a Jeano’ he could’ve been if he never left.

After stumbling on the writings of Jamaican-British sociologist, author, and activist Stuart Hall in 2018, Edwards increasingly began to ask himself: what does it mean to be Jamaican? And specifically to be a Jamaican living elsewhere? Using his photography to ponder this, page by page, his memories are – as Ryan Christopher mused – rewritten and adopted through his encounters with old friends, family, and the landscape of the island itself.

EverWonderful debuted in the summer but immediately sold out, and Edwards has been working on a second edition ever since. Although it promises to be a visibly different book – in terms of paper, sequencing, and editing – the essence distilled in that opening text remains intact. Today (November 19), EverWonderful is being released digitally, and on Tuesday 23 November, it will manifest physically at 180 Strand’s Reference Point, with screenings of Edwards’ past films and other printed matter, plus a chance to purchase the book itself. Below, Edwards and I talk about the origins and evolution of EverWonderful, re-defining ideas of home, and finding yourself through other peoples’ memories.

When you started shooting these images, did you imagine them becoming a book?

Jeano Edwards: No, definitely not. There’ll be two covers for the second edition, and one of the covers is the first image, the oldest image, that I shot in the book. I took it in 2018 while researching some projects for my MA at Goldsmiths in London. I was shooting some friends from my neighbourhood (in Jamaica), who I knew from primary school that I hadn’t seen in a while. I was shooting them and talking with them, and I thought, ‘Wow, their point of view is so different from what I thought it was.’ There was a lot more nuance to how they saw the world, saw themselves, and saw the culture, that I didn’t really think that they had. So that triggered me to want to go back and speak with different people across Jamaica and try to capture that nuance. Then, eventually, it evolved into this book.

What did those boys say that made you think?

Jeano Edwards: I did a project with a film in 2019, and some of the images ended up in my series ‘Familiar Stranger’. (The conversation I had with the boys) was in the same vein as the narration in the film, which one of them did. He talked about the system that he lives in, how he sees the government, politics, culture, very nuanced ideas that he had about these things, and how he would run the country if he were a politician. I just found it really fascinating and thought there was something there to explore in terms of myself. It was more of a personal thing, like me trying to understand myself through them. I saw them as a version of myself that exists in Jamaica, like how I would be if I didn’t migrate to the States.

Do you think you had an inaccurate view of Jamaica before speaking to them? Like you were stuck in an old way of thinking about it?

Jeano Edwards: Up until 2018, when I became more critical of people, culture, and also myself, every time I went back, I had blindfolds on. I saw it the same way I did when growing up. But in 2018, it felt different. Like I really saw all the nuances. I saw all the ways that people move that make them Jamaican and makes the culture what it is – like the essence of what I think the culture is. When you wrote to me the first time (in late 2020), you described my images, saying that it was capturing leisure and stuff like that. That’s a big part of it that I didn’t notice until I was there, sat on the beach, and people had this ease with how they moved and spoke to each other. It’s something I could have only noticed after leaving (Jamaica for America).

In a previous interview you did, you said an urgent question had arisen, which was: ‘what does it mean to be Jamaican?’ And you wanted to understand what that meant in a personal way. So, is the book essentially exploring that?

Jeano Edwards: Yeah. I was coming face to face with my own identity in a way that I’ve never really before. You’re born in this culture, you’re raised in a culture. This is just what it is. It’s one of those things; I’m Jamaican. That was the first time that I was like, ‘Okay, what does this thing actually mean (to be Jamaican)?’ I’m not sure if I was able to answer that through the book, but it was a really good exercise to get close to something that feels like it makes sense in my head.

“I was coming face to face with my own identity in a way that I’ve never really before. You’re born in this culture, you’re raised in a culture. This is just what it is” – Jeano Edwards

We’ve spoken before about you wanting to shoot in a way that contrasts how Jamaica is sometimes portrayed. Can you talk about that?

Jeano Edwards: If you want to capture the essence of something, you have to get to the nuance that exists within it. Not just what’s on the surface. I like how I see the island, especially from my part of it, which is in the countryside. Things are a lot slower, things are a lot softer, and I was trying to capture those aspects. It was difficult. I didn’t know how to capture that and I didn’t know how to represent it in my post process. Not just the editing, but the retouching of the colours that I want, the skin tones, how deep to make the shadows...

There is something very special about the tones. For example, I can sense the coolness of the shade of a tree or almost smell the grass in a field. That’s an amazing experience to be able to give someone.

Jeano Edwards: That’s a really good description. It’s definitely rich. I do think (when I take photos), “How do I want the image to feel?’ And then the sequencing is a big part of telling that story.

Let’s talk about that. What were you thinking when sequencing?

Jeano Edwards: For me, it’s like if you were to fly to Jamaica, and when you first get there, you’re driving from the airport, you see these scenes, a car parked, someone off to the side; it’s very introductory.

Jeano Edwards: Yeah. So it starts like that, and then the tempo keeps increasing, and before you know it, you’re in the thick of it. These rich, energetic, vibrant, lively images, and you get thrown into that for a while. Like you spin around in that tornado, and then towards the end, you slowly come out of it – especially with this new sequencing. And then you go into this wide shot of the entire island, and it feels more expansive and light by the end.

Do you find yourself gravitating towards taking certain photographs that tell a part of your biography?

Jeano Edwards: 100 per cent. Especially with the boys (I knew from younger), and as I said, I saw myself in them. So that photo with the three boys on the car, they’re from my neighbourhood. One of them lives right across the street from where I grew up, and the other is five minutes down the road. I used to go to his mother or grandmother’s shop in his yard. So, those images come from a place of nostalgia and a place of yearning, of wanting to somehow capture the memories, emotions, and feelings of having been in those places. I can tell the story from my point of view as a Jeano that exists right now, but I’ve been somewhat warped in a way... influenced. And then there are these boys who have been there the whole time, and I can infer certain things about what my life probably could have been, or would have been (if I never left Jamaica).

Tell me about the book’s title EverWonderful. I know it’s taken from a song by Ted Taylor called ‘Be Ever Wonderful’ – a love song. Why did you choose that?

Jeano Edwards: I was in Peckham at the end of 2019, walking through the streets playing it in my headphones. It just felt like this had to be the title because of just everything he was saying. It’s a very romantic, intimate love song, but that’s how I felt about it, and that’s also what I wanted to say with the work I was making at that time. It’s a very simple song, there aren’t a lot of lyrics, but it’s beautiful. It gets to the essence of it.

Despite the success of the first edition of EverWonderful, you told me you wouldn’t do another series of images like this of Jamaica. Why is that?

Jeano Edwards: I’m not going make anything like this for a while. I’ll do other things, which will be more experimental. Maybe pulling from archives and found images versus just going around and shooting something. So it’d be a lot different in tone and feel. It’s a whole culture with so many things to offer. And you can’t really do the same type of thing each time.

With a second edition, I’m doing it because of the emails, DMs, and messages I received about how people received the first edition. Especially Jamaicans who were first-generation or second-generation, living abroad, or Jamaicans born and raised in Jamaica, but they live outside of it now, telling me how special they felt about the images and the body of work. And how they fully got what I was trying to say. So that’s very meaningful. There were a lot of people who wanted a copy but didn’t get a chance.