Between Girls began by immortalising the Upper West Side world of the charismatic teenager Molly Brover and her girlfriends, but continued long after her tragic death

In 1985, photographer Karen Marshall met Molly Brover – a “bright, exuberant 16-year-old high school junior”. Drawn to the charismatic teenager, Marshall asked if she could document the lives of Molly and her friends in New York City. “Enthusiastic to show me her Upper West Side girl world, Molly agreed,” Marshall tells Dazed. “I was soon privy to her ever-rotating group of girlfriends, spending time with the teenagers on a regular basis and documenting the everyday rituals of their friendship.”

Becoming an auxiliary part of their gang, Marshall joined the girls as they hung out in NYC, riding the subway, and gathering at whichever friend’s apartments happened to be free. Capturing private moments in the intense friendships of these fiercely independent Upper West Side latchkey kids, Marshall planned to document the emotional bonds we create at this formative time. But the photographs took on a new and poignant significance when Marshall’s muse, Molly Brover, was tragically killed by a car accident only ten months after their first meeting.

“I resolved to keep the project going,” Marshall says. “I knew that Molly would remain 17, while the rest of them would become women, and that break in continuity among the girls inspired me to continue to document them in various ways over the years to come.”

Inspired to continue taking pictures of Molly’s friends, Marshall photographed the girls for the next 30 years of their lives, until a point came when she felt it was a natural conclusion to this four-decade-long project. Having once been an outside observer, her role in the group changed as the years passed. She explains, “My role as a photographer changed over time as I became the one to create opportunities for them to see each other, to ask the questions, and drive the narrative.”

Between Girls is the new book published by Kehrer Verlag which gathers together nearly 200 of Marshall’s photographs of Molly and her friends. Due for release in October this year, it’s still possible to support this special project on Kickstarter. Along with signed copies of the book, limited edition prints, and special bookmarks, rewards also include the digital download of Molly Mix Tape – a cassette tape discovery that was recorded off a record player, complete with the unique record player dust noise.

Below, Karen Marshall takes us through the mesmerising pictures of Molly Brover – immortalised at the tender age of 17 – and her best friends. 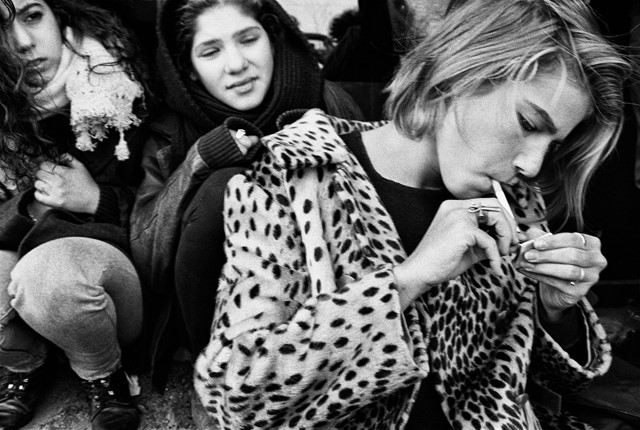 “Outside LaGuardia School for the Arts – the iconic NYC arts high school that the movie Fame is based on.  The girls wait for other friends outside the school on West End Ave across the street from Lincoln Center.  Later, they walk as a group to the old-school Greek diner a few blocks away where they hang out, grab a snack, and decompress before going home” – Karen Marshall 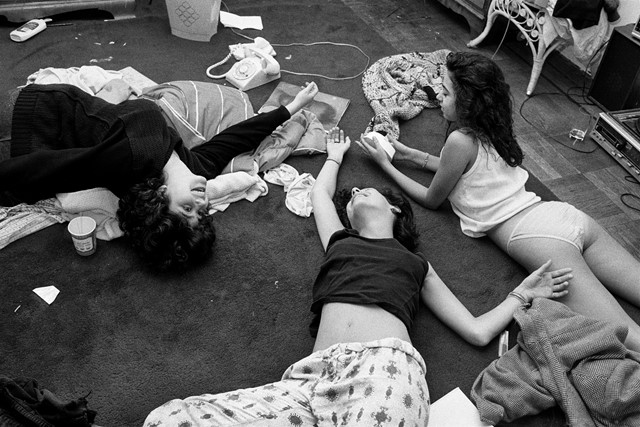 “The afternoon after a sleepover in Molly’s bedroom, during a weekend sleepover marathon. On any given weekend a parent might vacate the city and leave their apartment in the care of their daughters and their friends. Molly’s apartment was a particularly desirable place to hang out and spend endless hours talking, eating, and socialising. An old Upper West Side building hugging Riverside Drive, it was large with windows that looked out on the Hudson River. In those days, when New York was struggling back from bankruptcy, apartments like this were affordable” – Karen Marshall 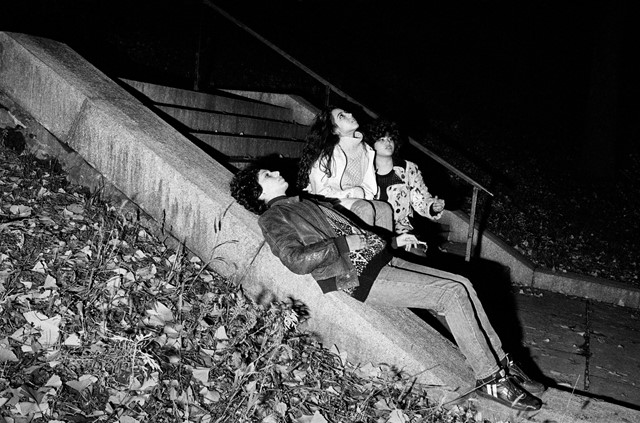 “Staring at the full moon at Soldiers Monument, Riverside Park. Molly's apartment on Riverside Drive offered easy access to Riverside Park and the monument.  An urban backyard of sorts, this location has been an iconic hangout spot for New York City teenagers for generations” – Karen Marshall 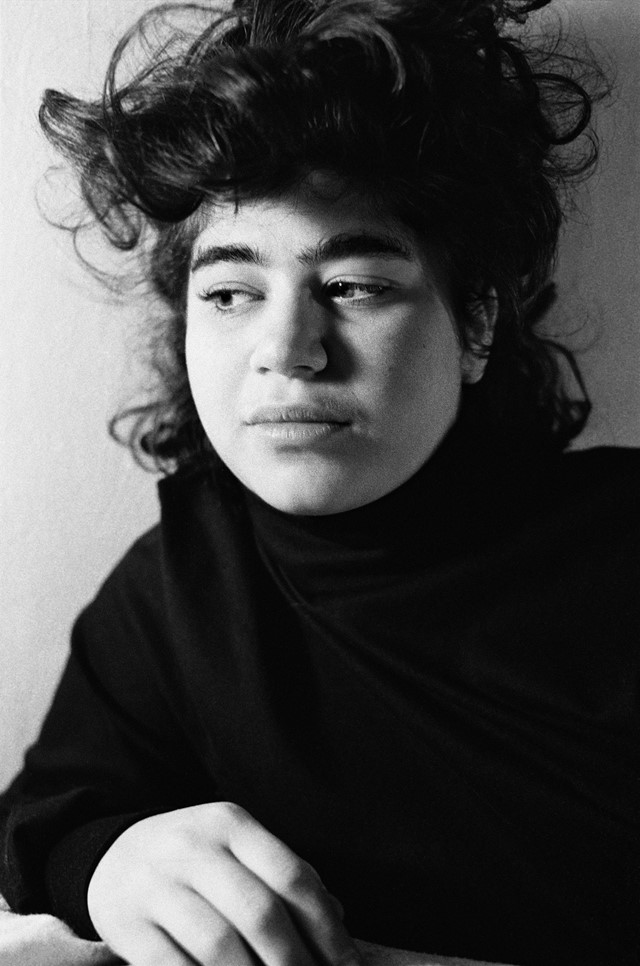 “I met Molly Brover – a bright, exuberant 16-year-old high school junior – and asked if I could photograph her and her friends. Enthusiastic to show me her Upper West Side girl world, Molly agreed. I was soon privy to her ever-rotating group of girlfriends, spending time with the teenagers on a regular basis and documenting the everyday rituals of their friendship. I made this portrait during one of the rare times when we got together without her friends.

“Molly was a vibrant and impulsive girl. She had a larger-than-life personality with wisdom beyond her years. Behind the façade of social advisor and fun-loving friend was a deeply sensitive thinker. She was a natural and compelling cinematic teenager, and the circle of girls I met through her equally captivated me” – Karen Marshall 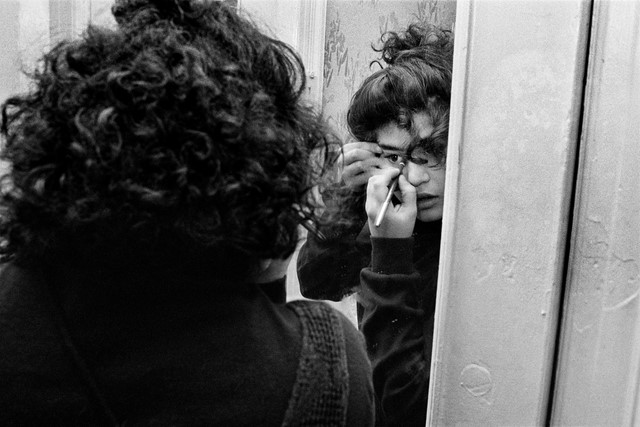 “Molly getting ready for her 17th birthday party. With her parents out of town for the weekend, Molly was preparing for a birthday celebration with a large group of friends who would later fill the apartment” – Karen Marshall 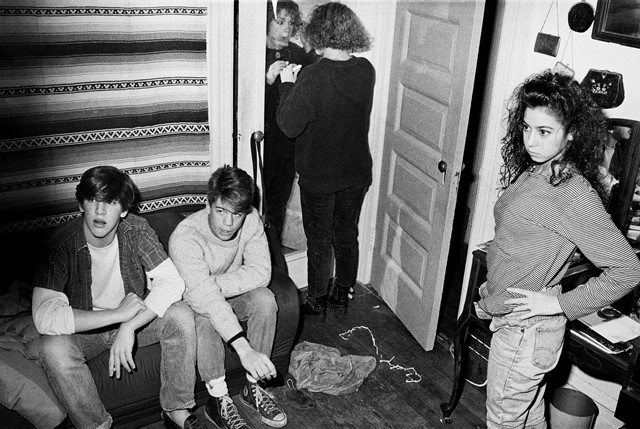 “In Blake's bedroom. On many occasions, the girls and their friends would gather at an apartment after school and on weekends. Most of these girls grew up as latchkey kids. Their parents worked fulltime and once they were old enough, they came home to empty apartments where they would take care of themselves. They were very independent and, ultimately, responsible and respectful of each other and the homes they lived in” – Karen Marshall 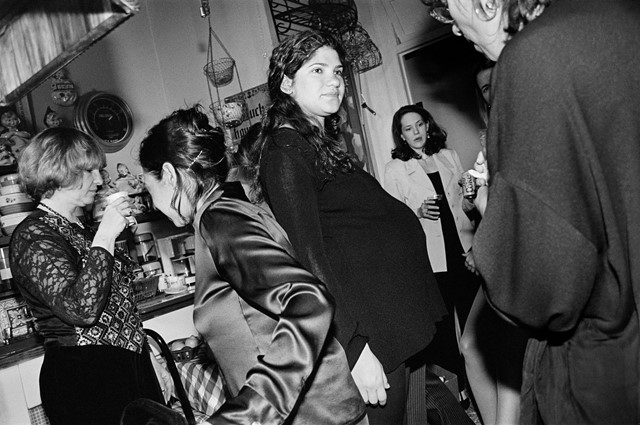 “Blake's baby shower. Growing up, Blake always wanted to be a mother. Having been raised by a mum who worked full time, she chose to stay home with her children when they were young” – Karen Marshall 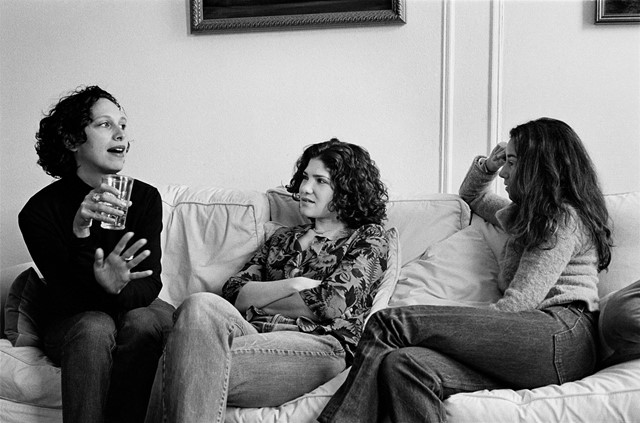 “Over the years, I experimented with video and periodically gathered the women together to tape and photograph them as a group. I would ask them questions about their friendships, their thoughts about being women, and their ongoing feelings about the loss of a friend and member of the group. Still uncertain what form the larger project would take on, I felt the need to continue this ritual of gathering them together to ruminate on their friendship. I did this repeatedly for 30 years before I knew that the work was complete. My role as a photographer changed over time as I became the one to create opportunities for them to see each other, to ask the questions, and drive the narrative” – Karen Marshall