In Shooting the Mafia, filmmaker Kim Longinotto documents the life and work of the woman whose work has been compared to Weegee 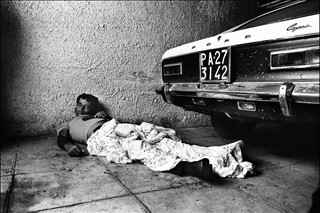 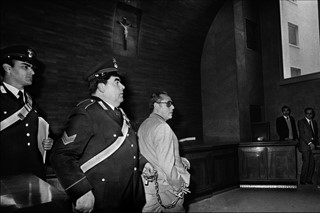 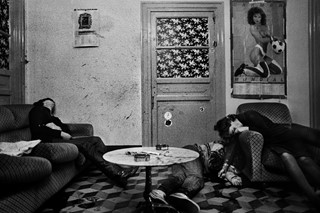 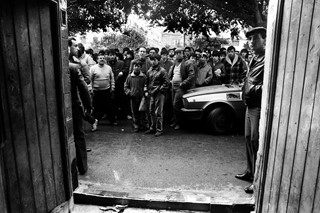 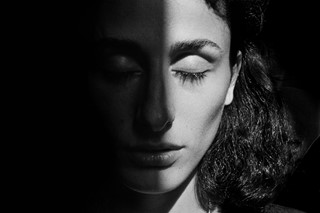 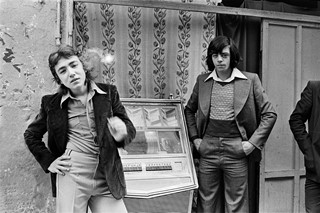 When Letizia Battaglia was ten years old, a stranger flashed her on the street. It’s an event the Sicilian photographer, who’s dedicated 20 years of her life exposing the corruption of the Italian mafia, regards as the first of many incidences throughout her life where a man tried to remove her of her agency (as a result, her father locked her in the house until she was 16 years old). It would be the day of her 16th birthday that Battaglia, now 84, fell in love with the first man she passed on the street. It was an abusive relationship that would carry on until her early 40s, finally ending once she picked up a camera.

In Shooting the Mafia, filmmaker Kim Longinotto documents the life and work of the seminal photographer, whose unsettling yet beautiful images were instrumental in dismantling the romantic narrative painted of the Italian-born crime entity, cemented into history through films like The Godfather, Goodfellas, and most recently, The Irishman. “I wasn’t a real person,” Letizia Battaglia says of the days before she took up photography. An unhappily married housewife stifled by Italy’s ruling patriarchy, it was taking up photography that opened Battaglia’s life to the ruthless yet all-encompassing presence of the Cosa Nostra, becoming Italy’s first female photographer to be employed by a daily paper. “Your first murder, it never leaves you,” Battaglia says, recalling the first dead body she ever saw, just three days into her job at a newspaper in Palermo.

“Your first murder, it never leaves you” – Letizia Battaglia

Often regarded as a modern-day Weegee (the pseudonym of late crime photographer Arthur Fellig), Battaglia’s images – in a move that echoes her own personal life – dismantle masculine narratives of power by pointing her camera straight into the heart of the Sicilian mafia in the 70s and 80s, an era nicknamed by the Italians as the “years of lead”. “When you first see the photos, it shows you a completely different view of the mafia that you’ve never seen before,” says Longinotto over the phone. “You see people sobbing on the streets, kids looking really freaked out, you see the effect it’s had on a society.”

A bleak photograph from 1979 is a case and point: a child on their way to school, walking directly past a corpse and their distraught family; another image from 1982 sees three bodies slumped over chairs in a featureless room, a sex worker and two friends killed for using heroin that wasn’t by the mafia. “It was such a small room”, says Battaglia in the documentary, “and when I arrived it was full of people: policemen, doctors, magistrates. I had to wait there until, one by one, they left and I was alone with the bodies. It took an eternity, but I had to be alone out of respect for the dead”.

“There’s this whole myth of the man who’s honourable and loves his family, or who’s brave because he goes into shoot-outs, so it doesn’t really matter, because you never meet the families or see them killing children – you don’t see the cowardice of it,” Longinotto tells us. “The whole mafia narrative that we've accepted as entertainment is about men of honour, and somehow they're different to everyone else. When you have women in the mafia films, it's only ever mafia wives or daughters, it's never women standing up to them.”

Battaglia’s photographs aren’t enjoyable in a traditional sense: they capture gruesome scenarios that point to deeper, more disturbing contexts. They draw parallels to documentary photographer Sebastião Salgado’s work capturing the Rwandan civil war and those displaced in the Congo. Despite both capturing hellish circumstances where humanity has turned on itself, the images hold an unsettling beauty in their composition, the use of textures and depiction of commotion against black and white film. “The balance and the frame, the way a shape is echoed by another shape, they're like paintings,” explains Longinotto. “They're beautiful portraits of terrible things. There's a real contradiction in each picture.”

Longinotto describes Battaglia as an “extraordinary pioneer who was able to break all the rules”, but it has come at a price. “She’s mercurial”, the director begins, “one minute she’s very loving and affectionate and another minute, she doesn’t want to talk about it. She’s lived through extraordinary traumas and she’s damaged by it in a very profound way. Going out and photographing four or five corpses a day for 20 years, you have to fight to be optimistic and full of love”.

Kim Longinotto’s Shooting the Mafia is out now