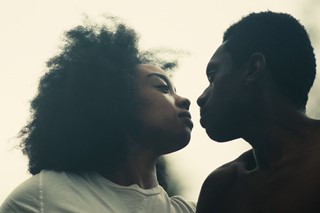 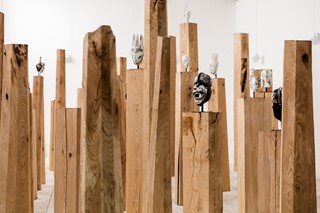 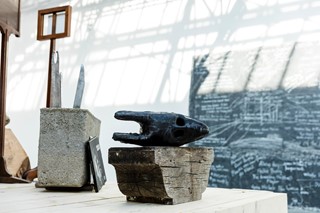 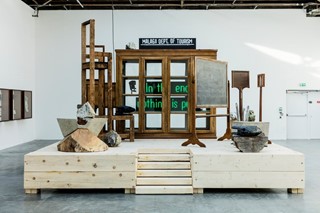 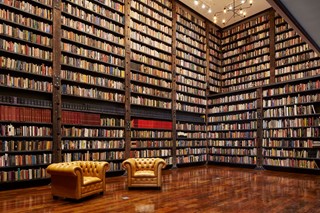 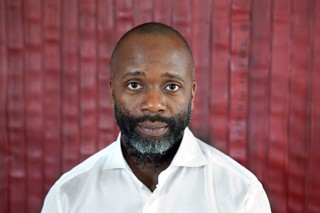 Anyone who’s seen Douglas Sirk’s 1959 masterwork melodrama Imitation of Life will recall a scene that epitomises the emotional pain and struggles faced by mixed-race Americans in the segregated, pre-Civil Rights era. Sarah Jane, a New York teenager who “passes” for white while living in constant fear, meets up with Frankie, a preppy white boy she’s been dating. A traumatic encounter ensues:

Frankie: Just tell me one thing… Is it true?

Sarah Jane: Is what true?

Frankie: Is your mother a ni**er? Tell me – TELLLL ME!

Sarah Jane: What difference does it make? You love me!

Frankie: All the kids are talking behind my back – is it true?

Frankie: Are you Black?

Frankie then proceeds to whack Sarah Jane so forcefully that she falls down. He picks her back up and continues his relentless assault, leaving her blood smeared and bruised, sprawled out in a dingy alley. I bring this up because the harrowing scene is included in Theaster Gates’ powerful film Dance of Malaga, presented at the Palais de Tokyo in Paris as part of Amalgam, the conceptual artist’s first solo museum exhibition in France. The entire show revives dark memories of an oft-overlooked chapter in American history, dealing with hybridity and mixed cultural heritage. Amalgam hones in on the little-known story of Malaga Island in Casco Bay, Maine, which was home to an interracial community until 1912, when the state governor forced this small group of impoverished individuals off the island. Some were committed to psychiatric institutions, while others chose to never again speak of the incident. The Maine legislature only mustered up a formal apology to Malaga Island descendants a century later (and the land remains uninhabited).

“Imitation of Life feels like an archetypal film for a Black identity or a white identity,” Gates explains when we meet at the Palais de Tokyo a month after the show’s opening. “Sarah Jane, from a very young age, understood herself to be beautiful, acceptable, and different from her (Black) mum or her origins. Blackness had produced a mutation that didn’t want to accept itself or its origins. And the outside world struggled to make sense of the mutant – the amalgam. In that way, it felt like a very necessary part of the challenge of talking about racial mixing and interraciality.”

His 20-minute film splices together significant moments in American interracial history (such as Imitation of Life) with a haunting score composed by Gates’ gospel band, The Black Monks of Mississippi, and sensuous, choreographed footage by Kyle Abraham shot on Malaga Island. What transpires is not so much aggregated anguish at past Caucasian atrocities, but a moving homage, and empowering counter-narrative about mixed Afro-American culture.

“In some ways, the exhibition isn’t preoccupied with racism at all,” Gates considers. “It’s more: what are the poetics of love and difference, and can I focus on those things? Maybe one of the things that’ll emerge is what we’ve come to call racism. But it’s something else, something deeper. Racism is: ‘I don’t like you cause you’re Black.’ This thing is more: ‘God didn’t make us equal.’ It was a different kind of power dynamic, and I’m really interested in mapping that out, pre-racism.”

For the past decade, Gates has been using his cross-disciplinary savvy as urban planner, ceramicist, community organiser, gospel singer, sculptor, university professor, and more, to map out bold ideas and brighter futures for the African-American community in his native Chicago and beyond. Having long situated his polymath practice at a crossroads between fine art and social progress, his projects resurrect overlooked touchstones of Black history while catalysing all matters of economic transformation and emancipation. Chief among these would be his Dorchester Projects urban regeneration program, launched in Chicago’s South Side in 2006. Gates has purchased dozens of condemned buildings with money acquired through the sale of his artworks to rehabilitate them into vibrant community facilities: artist workshops, low-cost housing, a library, a cinema house – you name it.

At his Palais de Tokyo show, Gates broadens the notion of “amalgam” – in the sense of ethnic, racial or religious minglings – to include his career-spanning appetite for hybridised art forms. As he puts it, he “surfs disciplinary genres that probably would never overlap”. The exhibition features the aforementioned video and gospel music, a forest of wood columns with casts of African masks, a slate sculpture reimagining Malaga dwellings, and a Blackboard with chalk-drawn timelines from the history of miscegenation laws throughout the colonies and the history of Black consciousness movements. Echoed throughout Amalgam is a bold creative approach to history, especially the kind that remains shrouded in shame: the decision to fictionalise long-gone material belongings. To practice a type of fake ethnography, thus prompting invaluable conversations about all those fabricated objects hanging on museum walls behind glass frames.

“This is a mark of my Blackness and not being able to trace certain things,” Gates reasons when asked about his archaeology of the imagination. “Often, with friends of mine who are of mixed race, they can say, ‘my dad is from Haiti and my mum is French Canadian’. But my mum and dad don’t fully know their ethnic identity. I’m Black. I think Black with a big B is how Black Americans need the word Black, and how others can have the word Senegalese or Trinidadian. So if there is a kind of racial mix, it’s far from me in that I’ll never be able to articulate it. It’s not just about a DNA test. There’s something richer than location that has made me. The show is attempting to point to the kind of genetic coding that in some ways is intangible and untraceable, but resonant nonetheless. So for all those who can immediately put a finger on their mix, and for those of us who can’t, Malaga becomes the place – perhaps it’s the home for all people.”

While the exhibition includes actual objects retrieved from the island, Gates didn’t want to make it a Maine-specific story by solely rooting it in those artifacts. “How far away from the source can I get and still have a story of amalgams mixing? If it’s too much about Maine, French mixed-race people won’t see themselves in it.” The unveiling of Amalgam in the French capital is especially noteworthy, given how conversations about the country’s colonial legacy or its myth of a colour-blind society remain taboo. Just last summer, for instance, the French National Assembly unanimously voted to remove the word “race” from its constitution. I wonder whether Gates thinks his exhibition can prompt fruitful exchanges about race in the République.

“I knew from the beginning that this question of mixed race would mean more for the French audience that doesn’t have the permission – they don’t have the same language of resistance as Black Americans. If you are a colonial immigrant, you need to be thankful to the French for allowing you to be here, and that shit is never talked about. There’s a lot of implied paternalism. For a white French person to say: ‘we don’t have racism here’. That doesn’t really mean anything. Or for a white American to say: ‘I’m not racist’. You actually don’t have a context for your racism sometimes. With my film, I’ve seen people saying, ‘I never really thought about it like that.’”

The publication of last fall’s Sarr-Savoy report, commissioned by President Macron, has been another hot topic in French art circles of late. Its authors recommend that objects of cultural heritage that were “removed” and sent to mainland France without their countries’ express consent be permanently returned. I’m curious to get Gates’ take on the report’s findings, as someone who preserves, recycles, and remixes important Afro-American archives, such as the image libraries of influential magazines Ebony and Jet, the record collection of late Chicago house legend Frankie Knuckles, and his impressive “index to Black experience”: a bookshelf containing thousands of volumes on African American topics, acquired from shuttered libraries and identically bound in black.

“Yeah, so I have pretty strong opinions about this,” he begins. “The restitution of art doesn’t begin to deal with the truth of the slaughtering of people. The repatriation of art, even if it happened, would only be a pacifying program to an apology that deals with the genocide of 50 million people. Like, the number of people who died in a slave passage, and the psychological impact of slavery that we’ll never be able to account for. So it’s hard for me to think about the restitution of objects without thinking about the restitution of bodies. If we’re simply going to give objects back, well that’s easy. That should happen. But what do we do with the fact that millions of people’s lives were torn apart and families were broken up? And that a tremendous amount of European wealth was created as a result of that? It all creates this pathology of anger, which is the thing that creates explosions in subways and airplanes flying into towers. The restitution will come, whether we agree to repatriate the objects or not.”

Six years ago, we declared Gates to be “one of the most politically cognisant rising art stars of his generation”, and that status has been both cemented and surpassed in the intervening years. While he was a little-known Chicago artist when he first presented his work at Art Basel Miami Beach in 2009, the New York Times dubbed him to be “the style world’s current cultural idol” at that same Florida art extravaganza a decade later, attracting an outpour of A-lister blessings from Kanye West and Chloe Sevigny, to Venus Williams. Gates is now set to participate in this fall’s social justice-focused Chicago Architecture Biennal. He sits on the design advisory board for the future Obama Center presidential library, and he just released “Furthermore”, a hypnotic second release featuring his jazz and house band The Black Monks on his Black Madonna Press label.

In recent weeks, he was also announced as co-chair of luxury house Prada’s Diversity and Inclusion Advisory Council alongside filmmaker Ava Duvernay, to elevate voices of colour within the fashion world. The initiative was sparked by a prominent Blackface controversy: a Prada-designed monkey keychain christened Otto Toto with a dark body and oversized red lips. It brings to mind a similar French controversy just last month, when a Lyon-area bakery was pressured to ditch a meringue pastry boasting a Black person’s face, name, and lips. Gates tells me he’s the one who reached out to CEO Miuccia Prada to offer his insights.

“I have a collection of Black memorabilia – Negrobilia – that I’ve not known what to do with, but I’ve had lots of conversations about these things. Why do they exist? Who made them? What kind of racist imagination could dream up such horrible things? And what I found was that the objects held so much potential to educate ourselves about history. By amplifying these objects, we get to have these real conversations about how Black people feel about white people, and vice versa.  When I saw the alien, I thought this design faux pas was a reasonable by-product of all of the good and bad visual content that we’re fed, and political correctness didn’t catch it. Because of this slippage, there was now an opportunity to have a conversation between the fashion houses, the design world, the art world, and normal people.”

As a man passionate about the weighty history of archives and the sheer power of repurposed materials to prompt social change, the Prada advisory board feels like the perfect Gates-ready mission. “There are moments when I make things and I also have to self-censor because I don’t actually know what me putting those images out in the world means. So how do we get the Prada design output closer to my friend Miuccia Prada’s good ethics? That’s worth a conversation, a symposium, and a convening. And it’s something I’m super invested in.”