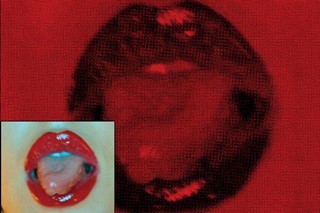 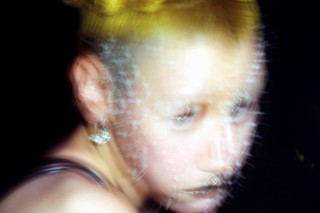 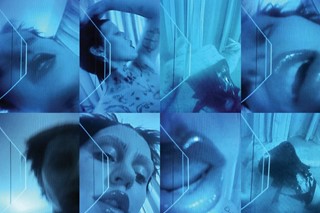 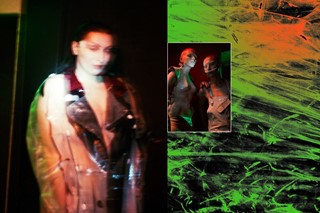 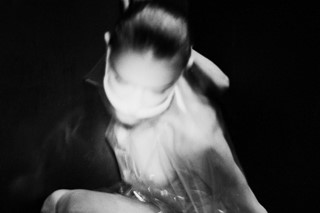 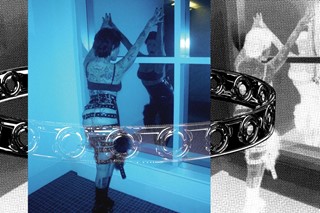 Produced by director Joseph Delaney and stylist Matt King, SORT zine has unflinchingly celebrated the darkest depths of art since 2015. SORT Issue Four, launching today, offers another glimpse into London’s underworld by capturing the jarring energy of the city’s noise, techno, and industrial subcultures, and offering a vision for how they see the future of hedonism. “This issue contains no grey areas and no middle grounds: think the harshest noise, the brightest lights, and the blackest shadows,” reflects King.

Delaney and King teamed up with more artists than ever before for Issue Four. The release contains five zines, each one centring on a distinct photo series and exploring the performance personas of various musicians, artists, writers, and producers. Supported by written explorations of iconoclastic thought, the photo series further refine SORT’s vision of “an arena of pure free expression,” the duo tell Dazed. “It always about community and collectivism, but the actual making process has become much more in that spirit and we’re finally where we wanted to be. The great thing is that each of the zines have their own identity but still fit together.”

American rapper Brooke Candy, who recently joined SORT for a shibari performance in London, is the focus of a “super seedy – and sexy” photoshoot in the first zine, XXXTC. The studio’s close collaborators and friends, noise duo Naked, also worked on an extended photo series for the issue – Cage features images their performance of The Cage in the Deadhouse at Somerset House last November.

The issue is completed by Club Rules: a set of regulations to party by, written by Dazed’s print features editor Jack Mills. Spanning the sexual to the spiritual, the A3 pull-out poster includes contributions from maverick filmmaker Bruce Labruce and New York-based performer No Bra. As for King's personal clubbing tip, that'd be: “Bring a look, always be inclusive and dance!”

Looking forward, SORT are proud of Issue Four's collective spirit and want to keep working with the bravest musicians, artists, and designers. “There’s so much bland content out there because nobody is prepared to take a risk unless it’s for empty clickbait or off the back of someone smaller, so we want to find those few exciting people,” says Delaney.