It’s an interesting leap into art’s technological future – but what could it mean for human artists, particularly women? 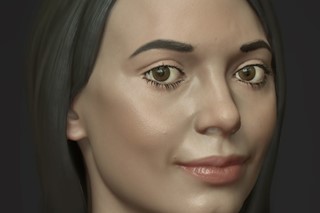 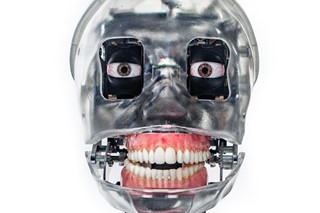 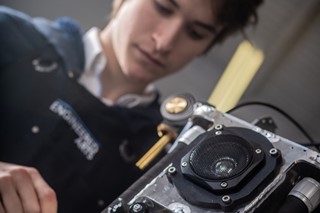 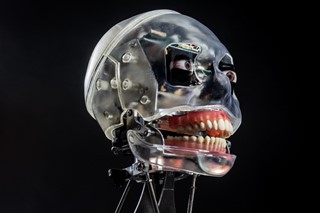 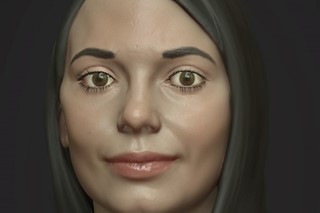 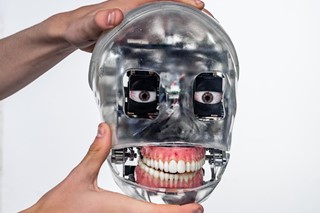 Humanity has long had a fascination with using technology to transform itself beyond human limits. In recent years, we’ve seen the development of tech devices that can be implanted into human bodies; elsewhere, there’s the advent of humanoid robots like Sophia The Robot, whose features and gestures are uncanny. Today, British robotics company Engineered Arts is launching Ai-Da: the first ever robot artist who can draw without any human input. Using a microchip in her eye and a pencil in her robotic hand, she draws and paints from sight, which has never been achieved in AI before.

“AI is already making a significant impact on the art world, largely because it can be used in a creative way,” remarks Aidan Meller, the director of his eponymously titled gallery in Oxford for which Ai-Da was made. “It’s another tool for artists, like the camera; for a long time photography and video wasn’t considered ‘art’, but now are completely standard and with their own established sectors in the creative arts.” (Last year, Dazed explored artists with an important relationship to AI, including Hito Steyerl, James Bridle, and Jenna Sutela.)

Previous to Ai-Da, all AI art (like artist Robbie Barrat’s nude AI works) has been made with human input into AI software, not by responding to the subject independently. “Ai-Da has been built with robotic drawing technology developed at the University of Leeds,” explains Meller. “This involves specially developed software and programming, and with the result that she can draw your portrait from an in-built camera. It takes her about 45 minutes to draw a portrait from scratch. So far she has drawn human and animal portraits, and still life pictures. She draws in various media, on paper and card.” For her debut in May as part of the Meller‘s Unsecured Futures exhibition, Ai-Da will be showcasing plastic, silver, and bronze sculptures rendered through AI processes. She will also be performing a piece in an homage to Yoko Ono’s Cut Piece (1964).

Ai-Da has a ‘RoboThespian’ body that can enact a range of movements, and she can also talk and respond to questions. Her face is made from silicone skin, 3D Printed teeth and gums, integrated eye cameras, as well as individually punched hair. “Although she is a robot, I would imagine that her favourite artist would be Yoko Ono for her avant-garde works with a feminist angle,” Meller remarks. “I would imagine her favourite painting would be Max Ernst’s ‘A Little Sick Horse’s Leg’ (1920) as the surreal pony has a robotic look to it, and one of the main areas of concern in Ai-Da’s flagship art exhibition is how we treat captive animals.”

While Meller suggests AI poses a new way of creative thinking and expression, what does the invention of robot artists mean for human artists? There are many things to consider, one of them being money, especially in a climate where artists are struggling more and more to be recognised and paid for their work. “We think robotic and AI art has the potential to create jobs for artists, just like the camera created careers for all the photographers and videographers in the world,” remarks Meller.

Something else worth considering about Ai-Da and other female bots (Sophia the Robot and sex bots included), is the gender dynamic behind it all: a group of (mainly) men digitally constructing a woman and her psyche, only to be controlled by other men. Meller states he would imagine Ai-Da's favourite artist to be Oko because of ’the feminist angle’ – but hearing him dictate this choice for her feels unsettling, as does the implied canonising of female art through a purely feminist lens. In an art world where women artists are still the minority in major institutions globally, could male-constructed female humanoids damage the progression of female artists? Or is Meller right in saying that the advent of AI will actually create more opportunities? Only time will tell.