Jess Kohl shares a series of images which show how, in the face of religious persecution, queer communities in America’s deep south are persevering 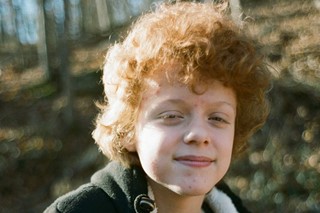 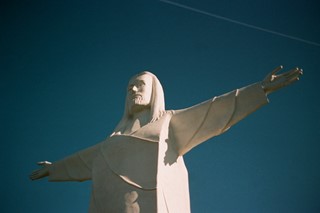 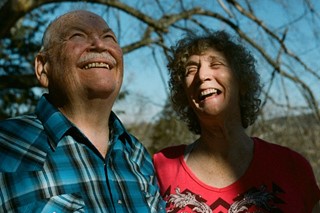 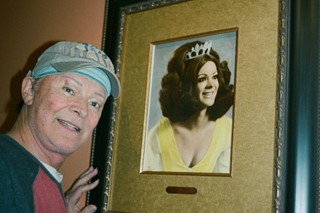 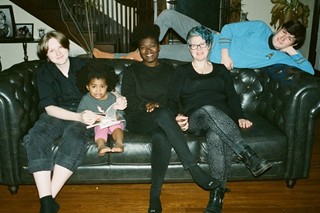 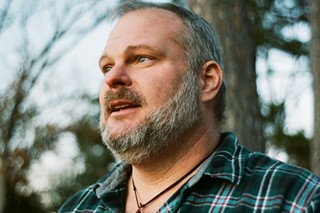 Deep in the American south there’s a region of towns so religious, every aspect of waking life is dominated by God. Here, in what is known as the Bible Belt, evangelical Protestantism commands community values, politics, and the law so harshly that in some deeply homophobic areas, hate crimes against LGBT people aren’t considered illegal. So just how do queer communities persevere in the discrimination of America’s most religious district? Interested in exploring this question is London-based photographer and filmmaker Jess Kohl whose most recent photographic trip to the deep south illuminates the reality of what it’s like to be queer in the Bible Belt.

Inspired by Lee Friedlander’s 2010 book America by Car, Kohl recently set across the country over Christmas (when Christianity was in full swing) to towns like Tulsa, Oklahoma, Nashville, and Tennessee, seeking out pockets of queerness and using her camera to tell their story. What she found was enduring and brave queer communities fighting to make themselves a space within their religion, rather than abandoning their faith. On top of these communities, Kohl stumbled across Eureka Springs: a town which is home to over 2,000 residents who openly embrace and celebrate queerness nestled within the Bible Belt. In Kohl's series, these brave faces juxtapose powerfully with the area's religious propaganda as her lens generates an important visual study on the intersection between religion and sexuality.

Below, Kohl walks us through the places she saw, the brave people she met, and the endurance of Eureka Springs.

Why did you decide to photograph queer communities in the most religious parts of America?

Jess Kohl: I’m interested in contemporary queer experiences and communities who exist on the fringes of society – particularly those who have been pushed to the edges by their religions and cultures. By examining these edges in the cultural terrain known as the Bible Belt, I wanted to gain insight and understanding into the wider experience of queerness in America today. I’m interested in the spaces where religion and sexuality meet, and those who are searching for a space for these parts of their identity to come together. I wanted to explore queerness in right-wing middle America because it’s a place of extremes – there’s anti-gay groups, evangelical Protestantism plays an important role in society and politics, and religion isn’t confined to churches. Religious symbolism is present everywhere, with punishing signs warning you to do right by Christ the deeper into the belt you go.

I wanted to find out if alternative communities were able to find a home in this harsh environment, and how Christianity affects the everyday lives of sexual minorities. Attitudes towards queerness in Bible Belt states lag behind their coastal counterparts. Many people still live in fear of being caught ‘out’ at work or being physically harmed. Arkansas, for example, is one of the few states in the US that doesn’t consider attacks on LGBTQ people as a hate crime.

Can you tell me a bit about Eureka Springs?

Jess Kohl: Eureka Springs is a true pocket of tolerance and diversity within Arkansas’ conservative state. Just 50 miles from the national headquarters of the Ku Klux Klan, it’s known not only as one of the most gay-friendly places in the state, but the whole of America. Many of the residents who moved here were looking for a place for their religion and sexuality to exist in harmony, and here they felt able to practice both, which compelled me to visit.

How did you see religion and queerness intersect in these towns?

Jess Kohl: Most of the people I met had at some point lived in the ‘toxic closet’, having been raised with the message that homosexuality is a sin that will send them to hell, which is of course incredibly damaging. Queer communities in these towns have created safe spaces where they can bring the wholeness of their identities together. In the town of Little Rock, Rev. Randy and his husband Gary Eddy McCain set up the Open Doors Community Church 18 years ago. In 1995 he’d been fired from his job at the church for coming out as gay. In a plea for other churches to start facing deeply ingrained homophobic attitudes, Randy said:  ‘So here we stand... a gay Christian married couple, madly in love with each other, who when told we were not welcome in the church, formed a church where all of God’s children can worship. We have served God and the church together for 22 years. What will you do with us and those like us?’

Can you tell me about some of your other subjects?

Jess Kohl: Jerry moved to Eureka Springs from Dallas to live a rural lifestyle ­– he was banned from playing the piano at his church when he was young, but in Eureka he was able to embrace his passion again. He cried when he told me this story. These communities have reinterpreted the punishing messages of Christianity, and instead, see Jesus’ message as telling them to love themselves, and to be true to themselves.

Roxy’s daughter was born with bilateral congenital dislocated hips. She sees her gender reassignment surgery as no different from the surgery her daughter needed to correct her hips. Roxie has had a strong relationship with Jesus since childhood ­– when I asked her how she felt about praying to a Church that doesn’t necessarily accept her, she said: ‘Based on the Book of Romans in the New Testament, forcing any transgender person to live by the flesh of their gender, instead of by the spirit of their gender, would be a perversion of Christianity. As for me personally, God is planning on meeting my spirit, the essence of who I am, in heaven. God wants me to live by the spirit of who I am, not by the flesh of what was once a birth anomaly. God not only has no problem with my gender, I am persuaded that God loves my gender.’

What was the most unique thing about these communities?

Jess Kohl: What stood out to me about Eureka Springs, in particular, is that people have not only chosen to live here because it’s a safe place in an otherwise hostile environment, but also that people have moved here from bigger coastal cities, choosing to call this small rural town of 2000 people home. It’s interesting that they have created an open environment, so radically different from their conservative surroundings, somewhere that feels truly alternative and liberated. This feels really significant in the traditional Midwest where change to the status quo is seen as a real threat.

Queerness in the Midwest is unique because the people who I met aren’t, for the most part, rebelling against their culture or society – they simply want to carve out a space for themselves within it. They want to be able to be good Christians, to attend church, and to celebrate their sexuality and gender too. Though, I wonder how much of this is a choice, or more the ‘compulsory Christianity’ that’s so deeply embedded in the culture.

How did queerness across the Bible Belt compare to the conservativism of Trump's America?

Jess Kohl: All of the hard-won progress that’s been made to create full equality for queer people feels like it’s slowly being reversed as a result of Trump's legislation, which in turn allows others to express intolerance and bigotry. This is particularly dangerous in the Southern states where there is still a school of thought that being gay is a choice and that it’s possible to ‘pray the gay’ away. The homes I entered and communities I photographed are pockets of blue within a deeply red environment. I asked the people who I photographed why they don’t move elsewhere, and for most people, it’s because they want to be agents of change in the places they grew up in, where they experienced homophobia, and fly the flag for future generations rather than abandon ship. This feels more important in America’s current political climate than it has for a long time.