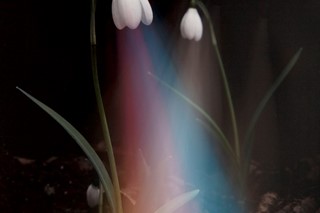 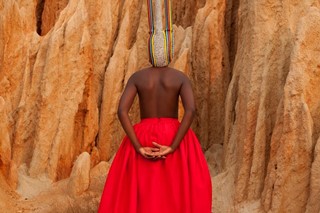 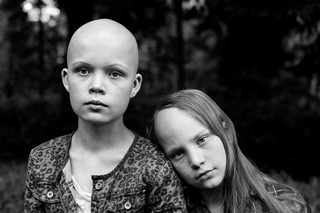 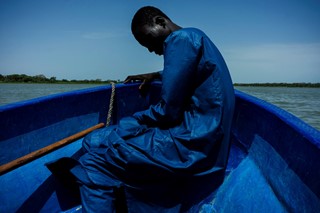 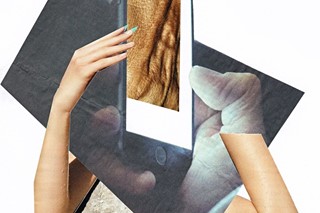 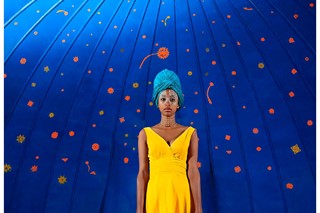 That annual photography fair showcasing the most exciting and cutting-edge photos the industry has to offer, aka Unseen Amsterdam, is back.

From today, the seventh edition – featuring 53 galleries and 300 artists from across the world – will descend on Amsterdam’s Westergasfabriek, until September 23rd.

Dazed friend, photographer Keyezua – an Angolan artist who we had the honour of featuring back in April – is one of the many on show. The photographer uses her lens and her body to conquer and overcome the deep trauma and grief that her father’s death caused her. Benyamin Reich’s intimate look at Jewish youth in a super-strict Orthodox community, as well as Pixy Liao’s striking gender-bending images will also be there.

Channelling the current stormy AF climate of the world, it’s no surprise that Unseen will tackle serious social, political, and personal issues in this year’s edition, with the ING Unseen Talent Award theme aptly titled New Horizons: exploring the promise and perils of the future.

Reflecting on clusters and trends which have naturally emerged during the fair’s curation, Emilia van Lynden, Unseen’s artistic director, reveals, “A good proportion of the projects on show deal with the broad spectrum of identity in one way or another”. She says: “We are seeing many young artists seeking out new documentary approaches, telling important stories in innovative new ways – whether related to conflict, migration or even ecology.” In terms of the mediums used to create, she adds that, “analogue processes remains of great interest to many contemporary photographers”, and “the photographic archive is another enduring source of inspiration for today's photographers, who continue to re-examine and repurpose found images in a wide range of different projects”.

Naturally, photography in the digital age will also be spotlighted – with artist Kenta Cobayashi being commissioned to shoot its official campaign. “For us, Kenta Cobayashi really symbolises a lot of artists who are discovering and probing the possibilities of the digital realm,” says Lynden. “Using his own archive of images as his departure point for the year’s campaign, he reflects upon the prominent futuristic atmosphere that surrounds a city such as Tokyo and the cycle of change in this city. He incorporates moving imagery, as well as digital glitches within his work in order to create a world in transformation. He is on the crest of the digital wave, a young artist with a great amount of potential.”

2018 also sees the welcome return of CO-OP, a programme devoted to celebrating collectives and “recognising the significance of artists who unite to make and show work”. For CO-OP’s second year, Unseen has selected 12 international collectives, all of which explore themes of authorship, mass tourism, migrant stereotyping, and education.

The initiative sits at the heart of the fair’s ethos and mission to support the next generation of key image makers. Lynden explains: “We want to be able to welcome artists throughout their career trajectories and not just those who are established.”

Unseen runs at Amsterdam’s Westergasfabriek from 21 September – 23 September. Flick through the image gallery above for what to expect