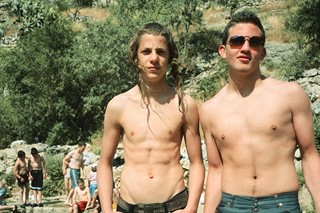 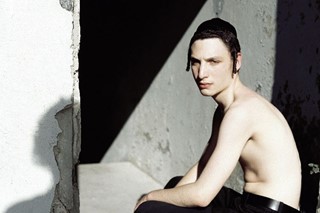 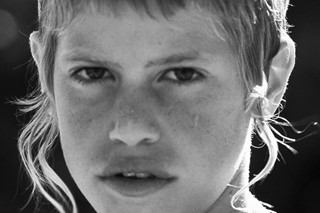 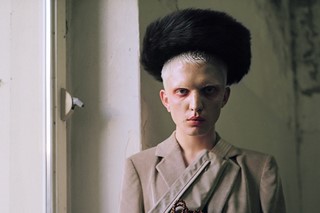 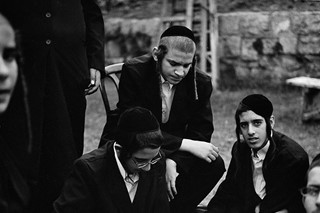 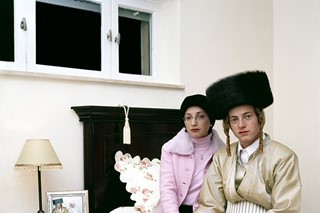 It takes a unique strand of heroism to challenge the sanctity of religion in the pursuit of queerness. For Berlin-based photographer, Benyamin Reich, it’s the experience of growing up gay in one of Israel’s strictest, ultra-Orthodox cities that has informed his lens. Doing so by casting a spotlight on queerness and masculinity in Judaism across Israel, Poland, Germany, and Switzerland.

Born into a rabbinical family in Bnei Brak – the world’s centre of ultra-Orthodox Judaism – Reich says, “Bnei Brak is a black and white city meaning the world is in black and white: men wear white shirts on top, black pants on the bottom, and that’s all you see. There was not a lot of colour in my childhood. And as a kid with an artistic, aesthetic point of view, it felt wrong, like something was missing. From my childhood onwards, it (was) all about bringing aesthetic back to my life.”

“Entrenched (Haredi Jewish) traditions require men to become patriarchal providers through an arranged marriage at around 18-years-of-age, to produce families of over nine to 13 kids and to pursue life as a Torah scholar”

According to the photographer, life in Bnei Brak is comparable to time in the army. The city, comprised of 85 per cent Haredi Jews, enforces strict laws, dress codes and encourages a lack of individual identity, in the name of Judaism. Entrenched traditions require men to become patriarchal providers through an arranged marriage at around 18-years-of-age, to produce families of over nine to 13 kids, and to pursue life as a Torah scholar.

So how does one come to terms with their sexuality in a place where the expression and language of sexual liberation don't exist? “I think this is an issue that has stayed with me forever,” reveals Reich. “I was always told, ‘It’s your bad urge and you have to fight it. You are straight, God made you straight, you have to fight it’. I didn’t tell anyone. I tried to but I couldn’t. So I would spend a lot of my time in my studies trying to find stories that depicted my feelings in the holy books – I tried to find something to reference myself by.”

When Reich failed to find such references, he left Bnei Brak for École Des Beaux-Arts in Paris to pursue the only medium that he felt could release his oppression – photography. “My work is about escaping how hard it was,” he adds. “It’s a release of what I was holding when I was younger by asking important questions that return to the source of my life as a teenager in the Yeshiva school with thoughts that are ‘impure’.”

This journey to reclaim this lost identity has informed his work for over 15 years now. Through a blend of Baroque-style colours of rich browns and golds, and contemporary portraiture, Reich’s work explores coming-of-age masculinity and the homo-erotic roots of Judaism. “My imagery is trying to make terms with Jewish forbidden law. It brings these two worlds together,” he explains. “I don’t reject traditional Judaism; I just add visions of homoeroticisms that exist in a secret way to create a new and needed language. I pronounce it visually so that way these scenes become reality and can be seen.”

Reich’s works are the antithesis of traditional dictations of Jewish masculinity. In his frames, we see male-only baths, Jewish ritual objects as stylised sex tools and challenges towards the attitudes of how a Jewish man should look or act. “On one side of Judaism, you have the new Jew: Jew of the army, Jew of the masses – it has to do with Zionism and with Israel as a country of power,” he says. “But I rather see it with a pre-modern eye: The masculine Jew is very weak and I glorify the image of the old Jew. It’s the Jew that puts his mind in books, in intellectualism, the scholar Jew which is very soft, very gentle.”

Male companionship is also explored. In ultra-Orthodox societies like Bnei Brak, boys partner up with other boys for their Torah studies – called Havruta – with whom they spend most of the day with. “It’s a very strong, intellectual friendship because they learn together, but it’s also very homoerotic because it’s only men allowed,” says Reich. “They are both at the age where sexuality starts to become prevalent and strongly influences their behaviour. Unfortunately, this kind of intellectual intimacy is lost to the modern world, although I think you can find it in earlier non-Jewish societies as well, like ancient Greece. So, it’s this very pure, romantic sense of kinship. There’s this forgotten romanticism in masculinity that fascinates me, so I try to capture it.”

In a city where being queer is forbidden, how does he find his subjects? “Like in every city, there is a queer underground in the ultra-Orthodox society,” Reich explains. “You see them a lot at the water source just outside Jerusalem where many go for ritual baths. And you can always tell who these people are through eye contact even though nothing is said. I wouldn’t call it homosexuality because this term doesn’t exist in ultra-Orthodoxy. It’s more about a teenage urge for warmth and the only thing that’s around is engrained masculinity. Some of them are gay, but they are married and will fight it. It’s more homoerotic than homosexuality. Which is fascinating too.

“In the future, I would be very happy if there would be an ultra-Orthodox rabbi who accepted homosexuality. Someone that said you can have a boyfriend but keep it holy. It’s this intersection between Judaism and queerness that I hope for. I hope for elders who will open the bridge for LGBT ultra-Orthodox people to stay religious – to stay traditional but be with a partner that they choose to love and be happy with. I think it will come. And this is what I am trying to make with my images. These images are easier to make, rather than for a rabbi to say. Maybe these images will bring the awareness. When this happens, I’ll be happy.”

In the pursuit of progressing conversations around Judaism, Reich has recently begun to explore trans experiences in ultra-Orthodox communities. One image (below) features Jewish-American trans activist, Abby Stein, who grew up in one of the world's strictest Hasidic Jewish communities as the direct descendant of Hasidic Judaism's founder Baal Shem Tov. She is also the first openly transgender woman to have been ordained by an Orthodox institution.