Wynter discusses Rupture, which will take place at London’s Garden Museum and bring together artists who are actively contributing to the uprising against injustice

“When I was in school, I desperately wanted to be Tracey Emin,” Liv Wynter humorously reminisces on her teenage years, citing Emin’s famous installation “My Bed” as the artwork that left the deepest impact on her. “I’ve always wanted to make art, but I’ve constantly veered through all these different forms of expression, which kind of explains why my practice has become what it is today.” Wynter’s work is interdisciplinary, to say the least. From poetry, theatre or performance to her punk band, Militant Girlfriend, it’s hard to think of a platform that the South London-based artist and activist couldn’t turn into a catalyst for her electrifying creative energy. Yet, despite the variety of media that have infiltrated her creations, the 25-year-old insists that her work is first and foremost text-based. “I somehow weaselled my way into a Fine Art BA at Goldsmiths where I made horrifically bad art for two years, and it was only in my final year that I had a bit of an epiphany and realised that I wanted to write,” Wynter recalls. “There’s a lot of fluidity in that as well – I wrote poetry for a long time, then moved towards live monologue, stories, music, theatre.”

The young creative’s radical spirit and passion are contagious; her vision may roam far and wide, but the commitment and assiduity with which she juggles her every endeavour is astounding. “I work on a lot of different projects at the same time, many of which I feel strongly about despite the fact that they’re not paid jobs,” she argues. “I think the reason I’m managing is that I grew up working class, and I’ve had jobs since the age of 13. When you have a lot to balance, you have no choice but to get everything done.”

“I was furiously political as a teenager, but I didn’t have the language to articulate my beliefs in the way that young people do today” – Liv Wynter

Wynter’s upbringing in a fragmented community outside of Croydon, where class disparities were as striking as they were widespread, instilled in her an irrepressible sense of revolt – one which has become a fundamental driving force behind both her personal and her creative identities. “I was furiously political as a teenager, but I didn’t have the language to articulate my beliefs in the way that young people do today,” she asserts. “I had this anger directed at hierarchies, power structures, gender roles… I didn’t have the vocabulary to verbalise it, I just knew I was furious.” The pivotal discovery of feminism during her second year at university entirely changed Wynter’s understanding of politics, as well as the responsibility associated with the role of artists in society. “If you’d asked me five years ago, I would have firmly said that artists don’t have a duty to be political,” she continues. “Now, I feel deeply that they do. Everything is political, existing as a person in this world is inherently political. Even if you don’t make work about politics, you have the responsibility to know where your money comes from and who shows your work. You have a responsibility to not accept being in an all-white line-up, or not exhibit  stuff in a gallery that’s involved in arms trade dealings.” A mere glimpse into her writing, performance pieces or music will dissipate any possible doubt; Wynter is a hardcore activist before anything else. Her political beliefs are the core of her ethos, which she is resolutely unwilling to compromise on.

In March 2018, Wynter made headlines after handing in her resignation letter to the Tate, where she had been named artist in residence. “It was a residency on the learning program, creating work in response to the collections by using research-based workshops with young people,” the artist explains. “My workshops were performance-based, we did a lot of funny stuff like breakdancing in the Henry Moore room, and spinning around on the floor, going up the escalators in football scarves… we were just really rowdy – everyone hated us.” While this may have contributed to Wynter’s resignation, it was a conflict with the gallery’s director, Maria Balshaw that permanently terminated the collaboration. “There was this interview that took place with Maria Balshaw where she was asked about the sexual harassment cases which had been floating around the Tate,” the activist explains. “She said something to the effect of ‘no, that wouldn’t happen to someone like me’, implying that she was too strong to ever be subjected to this. Obviously, hearing that made me pretty furious.”

Much of Wynter’s work is directly informed by her own experience with trauma, including the highly pressing issues of domestic abuse and gender-based violence. “So much of what I do is centred around systems of abuse and power, with a focus on my experience as a survivor of this abuse. The Tate was profiting off of my experiences, which were ultimately adding to their cultural capital, while the director of the UK’s largest art institute is dismissing victims of sexual assault. There had to be some sort of call for accountability.”

Following the resignation, Wynter lost her main source of income, her home, and saw her relationship crumble. Despite her countless projects, ever-growing recognition and being constantly on the move, the suffocating realities of the capitalist value system are compelling her to keep her day job at the Marquis of Granby, in New Cross – a pub she’s nevertheless found a solid support system in. “People think I get loads of cash, but this morning I woke up in an unfurnished room on an air mattress. I’m basically homeless,” Wynter continues. “This shit is fucking hard, but I wouldn’t take any of it back. I’m lucky to have some amazing people around me. It was totally worth it.”

Instead of discouraging her, the material hardship she’s encountered has done nothing but solidify the artist’s own definition of success and accomplishment, while at the same time demystifying the myth of the pristine art museum every creative should aspire to join. “For a long time, I thought success meant becoming a part of these institutions,” Wynter explains. “Now I know it’s absolutely not that. Some of my proudest moments have had absolutely nothing to do with capitalism.”

With boldness, disarming confidence, and a firm sense of self, the young artist resolutely celebrates the unquantifiable value of self-expression as a tool for social change.

Her most recent project, Rupture, taking place on 7 July in London as part of Art Night is an evening of contemporary art curated by Wynter herself, aiming to bring together artists across all platforms who are actively contributing to the spirit of uprising and resistance against injustice. The programme draws on the themes of politics and class, activism and labour, sexuality and gender. “I wanted to create a happening with artists, poets, and performers that would be active and engaging,” she explains. “Many of the participants are my friends, people I have huge respect for, representing a wide spectrum of art forms.”

An annual event, Art Night will take place along a trail featuring 12 locations, starting from Haywood and ending in Vauxhall. The location showcasing Wynter’s performances is London’s Garden Museum, a place which the artist views as particularly symbolic. “It’s slap bang in the middle of the trail,” she says. “I found that really interesting. I’d just left the Tate, and I’d been thinking a lot about the word ‘rupture’, which means a sudden break. In my resignation letter I’d spoken about how there needs to be people on the inside turning the cogs of change, and people outside with placards and bricks going ‘hurry up!’ – creating a rupture. The artists I will bring together for this night and the location really embody that.” The evening will be split into three sections, starting with highly articulate yet radical poetry, followed by experimental art, and moving all the way through to drag dance – the logic of the sequence being an anarchic metaphor for the loss of language. “I was interested in exploring the power and limits of the written or spoken word, and what its relationship with our political identities is,” the artist and activist concludes.

In a world where politics, activism and art are increasingly commodified to not only mask but enable unethical systems of power and consumerism, Liv Wynter’s bold convictions and unwavering integrity are an example to follow.

Wynter will take over Dazed’s Instagram, live from The Garden Museum during Art Night, which runs 7 July 2018 from 6pm – 6am. For more information, click here. See the artists participating in Wynter’s Rupture below:

Liv Wynter at The Garden Museum8 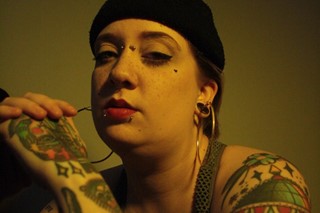 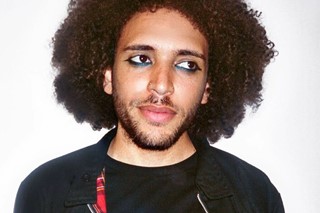 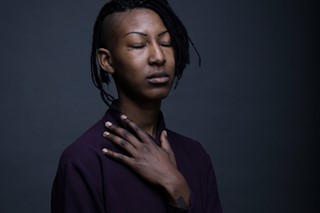 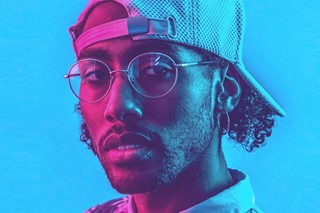 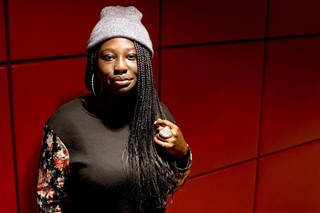 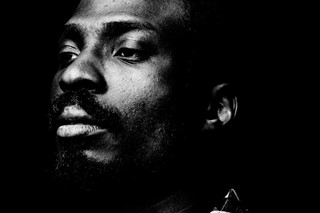