The contemporary artist on how his latest works want us to question our relationship with screens, selfies, and art itself 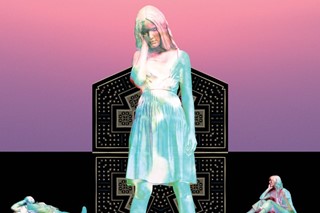 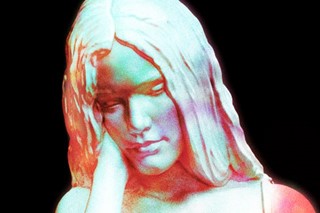 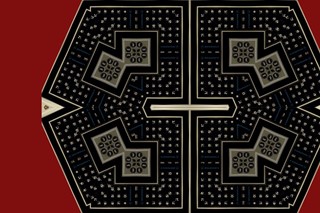 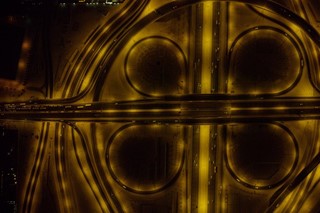 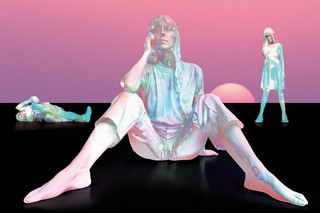 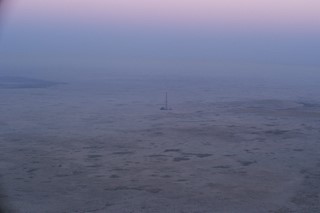 There is little room for apathy in Doug Aitken’s world. With a practice that spans the spectrum of artistic media and genres assiduously enough to defy them all together, the acclaimed contemporary artist has a knack for activating the viewer’s perception. Aitken is able to generate nothing short of complete visual and sensory immersion into one’s kaleidoscopic surroundings through work that is ambitious, imposing, stratospheric – figuratively, and sometimes, literally. In 2016, the arresting piece titled “Modern Soul” saw Aitken turn the Monaco sky into an ephemeral canvas through a large-scale live performance involving synchronised skywriting. The 2013 nomadic art project Station to Station involved a train travelling from the Atlantic to the Pacific, making nine stops along the way to host one-night only, site-specific happenings including the physical participation of artists such as Beck, Ed Ruscha, Patti Smith or Olafur Eliasson.

Aitken’s latest solo exhibition, held at Zürich’s Galerie Eva Presenhuber, showcases the artist’s most recent body of work, comprised of three installations creating a sequence of hypnotic encounters aiming to make us reflect on the meaning of connectivity in an era dominated by technology. “This show is a fast moving modern mythology, we are living in a new era, one of complete connectivity and one where the screen space has become equal to the physical space around us,” the Los Angeles-based artist explains. “This surreal shift in evolution brings us into uncharted waters... a new frontier, one we are not fully prepared for. I would like this work to question where we can go from here and how we can confront the future.”

“Talking about the idea of change in the digital revolution is quite relevant to me. We are no longer struck and amazed by the screen itself, instead we are inside the screen” – Doug Aitken

Entering the first room of the gallery, the “New Era” video installation creates a hexagonal space of alternating mirrors and projections – the film takes the 1973 invention of the very first cell phone by Martin Cooper as a starting idea, weaving his role in the history of mobile communication into a hallucinogenic narrative. “One day I was sitting at a wood table with the contents of my pocket strewn out, I looked to my phone, and I thought… did a person really make this… and why?” Aitken recalls of the moment the idea for the show first came to mind. “The question led to finding Martin Cooper. I thought it was important to re-humanise these tools that we use, tools that have changed our way of seeing the world. It’s important to connect them back to the human trajectory.”

This story disintegrates and abstracts, mirroring how connectivity and freedom have been blurred in this radical moment in history. “What’s interesting to me today is the confluence of images, the sheer quantity in which images are not only made but also disseminated,” the artist continues. “I read that last year, more images were created in the year than in the history of humankind. This changes how we see and what we value. Do we value images in the same way when we know they are replaced almost immediately? Do we believe images are really the carriers of news and integrity when we know how mercurial and manipulated they are? Is the wave of selfies and image sharing really an existential way of reminding us we are actually here on Earth, and we actually exist in living flesh and blood?”

Aitken’s exploration of a humanity engulfed by the inescapability of digital technology is further explored in the exhibition via “3 Modern Figures (don’t forget to breathe)”  – an installation of three human figures resting on a raw wooden floor, motionless, frozen, crystallised in translucent glass. Moving images run inside the figures as light speeds and pulses from within. The sculptures are essentially people made of moving images and information – from person to person, rhythms that connect the figures are created. The figures are caught in the midst of making calls, but where a phone should be clutched in their hand, there is nothing. “Talking about the idea of change in the digital revolution is quite relevant to me. We are no longer struck and amazed by the screen itself, instead we are inside the screen,” Aitken argues. “This is what the cell phone has done, it’s the screen each of us always carries. The screen-world is no longer our escape from the physical world, today it’s all become one.”

In an era of overwhelmingly passive surrender to the monopoly of digital consumerism, Aitken hopes his work can help us cement a deeper understanding of the possibilities offered by art when not just seen, but experienced and lived. “As we move forward I think the role of the viewer will change, there will be new forms of art-making that will be living, continuously changing and interactive,” he concludes. “There will be art we will have ever-evolving dialogues with, and it’s crucial we move beyond the traditional role of the viewer as voyeur, who sees the artwork as passive and judges it from afar. At the end of the day, the role of art should be to take us to the edge of the horizon and push us to see what is beyond.”