The artist, filmmaker, and cinematographer returns with a hard-hitting rendition of black narratives and history 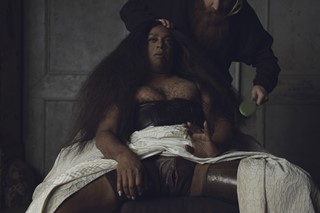 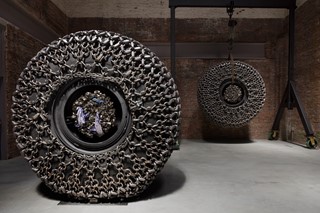 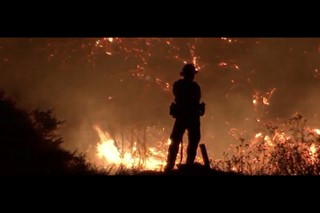 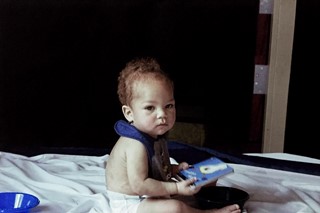 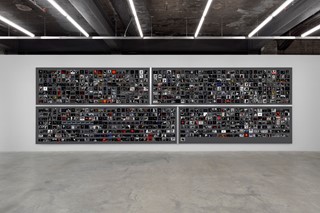 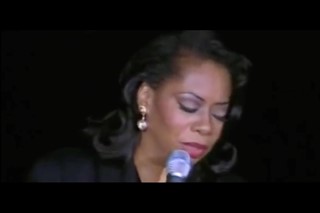 “If a supreme deity were to come to me and say, ‘Hey A.J, you can snap your fingers and erase every horrific thing that's ever happened to black people in the west, you can do it,’ the fact of the matter is that I can't do that without erasing them completely, you know what I mean? I couldn't possibly do that without erasing the very existence of black people in general, myself in particular and my family and everything I love in particular.” Artist Arthur Jafa was speaking with Dazed at his show, A Series of Utterly Improbable, Yet Extraordinary Renditions, which ran last autumn at London's Serpentine Gallery. The exhibition was a “re-performance” of black history – which Jafa says is embedded in images, objects, and artefacts, even if they had long since fallen into the clutches of the western world and, in turn, influenced it. “When the slave trade happens, when the Middle Passage happens, we can't take those things with us on the slave ship, right? Because they’re material,” he said.

Although Jafa trained as an architect before becoming a filmmaker (Daughters of the Dust (1991) and more recently, Solange’s music video for “Cranes in the Sky”) and cinematographer (Spike Lee’s Crooklyn), his art world credibility has soared in the last few years, after the debut of his short film Love Is The Message, The Message Is Death, at Gavin Brown’s Enterprise in late 2016. Specifically, Jafa makes art out of “absence”, sharing “renditions” of black history and narratives so that they can be “imagined and constructed (as) new possibilities for making them visible”. His latest show, once again at Gavin Brown’s Enterprise, is no exception. Air Above Mountains, Unknown Pleasure, continues his “exploration of ontological Blacknuss* as a generative and pluripotential phenomenon”. The show press release explains that this refers to a capability to address “the social stresses weight, fissures, and breaks of being black – and concomitantly, black being, and Thingification – in the world.”

Across three floors, Jafa works with sculpture, video, and photography to harness “shock, horror, trauma, transcendence, and transgressive impulses in history”, with the inclusion of not just black bodies but trans bodies too. The show opens spectacularly with a self-portrait, titled “La Scala”. Jafa poses corseted and girdled in leather in a reimagining of a black sex worker, pickpocketer Mary Jones (born Peter Sewally). It is debated whether Jones was one of the first transgender people (alternatively she has been called a cross-dresser), but was reported that she would traverse the city streets in the 1830s, described as “elegantly dressed”, but also dubbed “The Man-Monster” by the press after she was trialled for street robbery and was found to have male genitalia. Further into Jafa’s show are images of three lynched black men surrounded by white faces looking on in celebration, and a photograph of Whitney Houston in a car taken just hours before she died, titled “Geto”. As well as a huge montage of more than 800 found images (“APEX CITY”) presented with techno music.

New video work, akingdoncomethas, is also shown – “a paean to black Christian worship ceremonies, tropes, and rituals”. In signature style, Jafa’s film is melodramatic and made up of found footage. It celebrates “how the tribally sanctified spaces in which those forms of worship and spirited performances (take) place, are black pocket-universes of intense energy, eloquence, and illumination.” The film is feature-length, 100 minutes long, and the centrepiece of the show. Jafa once explained his fascination with the medium saying, “‘Film is one of the few things, particularly in the theatrical context, that takes up as much space as architecture but like music is fundamentally immaterial.’”

The show ends with the display of four immensely sized truck tires wrapped in silver chains, with purple durags mashed into the core of one. Another tire hangs from a gallows at the back edge of the room. The final installation is said to be inspired by the Mississippi artist’s love for demolition derbies and monster truck stadium shows. But they are also representative of “automotive and locomotive industry products as gestural markers and carriers of poetic, political resonances”.

Air Above Mountains, Unknown Pleasure is currently on at New York’s Gavin Brown’s Enterprise until 10 June 2018