Inside Arthur Jafa’s new exhibition we talk ‘love, futility and melancholia’ with the man himself 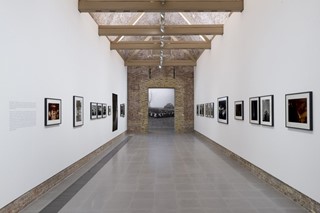 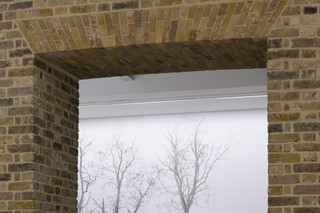 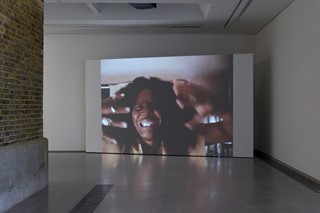 When Jonathan P. Jackson died in a police shootout in 1970 he became an underground martyr. He led a hostage situation in an attempt to negotiate the freedom of three African-American inmates at Soledad Prison in California, including his brother, which has since been named the “Marin County courthouse incident”. The prisoners had been falsely accused of murdering a white prison guard.

At curator and videographer Arthur Jafa’s new Serpentine Sackler exhibition, an image of the 17-year-old Black Panther-affiliate is front and centre, the first thing you see when you walk in the door. In the midst of the action, Jackson is clutching a gun that spans the length of his body. He looks worried and vulnerable, and a very different person from the hardened criminal that was later portrayed in the press. Jafa’s new exhibition has recontextualised him. The image, Jafa says during our interview, is one of “love, futility and melancholia”.

Black people in America, Jafa argues, have always had to make art out of absence – whether that be the absence of accurate portrayal, or even of basic materials. When you’re torn from your home, from Africa, he says, “We can dance, we can move, in a certain kind of fashion. But all that rich, thousand-year-old tradition of material expressivity, African sculpture, paintings, that's lost. Even though it ends up redefining Western art practice. But when the slave trade happens, when the Middle Passage happens, we can't take those things with us on the slave ship, right? Because they're material.”

“Jafa is probably best known as a videographer, recently directing Jay-Z’s video for “4:44” and working with Beyoncé and with her sister, Solange”

He goes on: “So much of Afro-American creativity is in the space which I term ‘immaterial invention’. I mean a lot of it is not material invention, which is why the whole idea of black people entering the arts arena is so charged.”

It certainly is charged. Jafa, an intensely intelligent man who manages to equate his art to basketball and quantum physics and back again, has come to the UK for the first time with this exhibition, A Series of Utterly Improbable, Yet Extraordinary Renditions. He’s probably best known as a videographer, recently directing Jay-Z’s video for “4:44”, working with Beyoncé on elements of the video for her song “Formation” and with her sister, Solange, as Director of Photography on “Cranes in the Sky”. He also worked with Spike Lee on Crooklyn. But another one of his films which has been experiencing a renaissance, is 1991’s Daughters of the Dust. Said to have inspired Beyoncé’s ode to black womanhood, Lemonade, it was the first movie by a black woman (his ex-wife, Julie Dash), ever to have been given a wide release. This year it was restored and put on show by the British Film Institute. Jafa was the cinematographer and co-producer of the movie.

“In addition to being a great movie, it’s also an instance of us having certain ideas about the nature of what it’s meant to be,” says Jafa. “We always the wrong brothers and sisters. Meaning, we are never given the benefit of the doubt. It’s like if the right brothers push a structure off the side of a cliff and it glides, right, for two-three hundred feet, everyone gives them the benefit of the doubt and says: ‘Look at what they did! They made a thing that didn’t just fall like an apple’. You know what I mean? It actually went. And they see the implications of it. They are invested in, and allowed to pursue the implications of what they are actually able to accomplish.”

The exhibition itself is a confusing and brilliant accomplishment. Amongst other subversions, including a fully black-coloured confederate flag which takes up one wall – “I’m a black American. The confederate flag supposedly has a pretty solid meaning, but as a black southerner, there’s a way in which, my relationship to the confederate flag is complicated” – cartoons, and a blown-up etching of a “Horrid Massacre in Virginia”, which shows black slaves attacking white plantation owners, A Series of Utterly Improbable, Yet Extraordinary Renditions is an immersive assemblage of still and moving images centred around race and blackness.

There are three screens showing uncomfortable, sometimes sexualised visuals – an Alice Coltrane live performance, video games, a video game is set to music, Funkadelic’s ‘Maggot Brain’. Women prowl around in leopard print, men appear post-coitus. It leaves you with more questions than answers, as does speaking to Jafa about his artwork in general. It’s understandable that the scale of this exhibition has meant that it hasn’t been as well-received by critics as some of Jafa’s previous work. It’s not as straightforward, say, as Love is the Message, the Message is Death, Jafa’s 7-minute video set to Kanye’s "Ultralight Beam" which astounded critics with the precision in which it picked apart black representation in the media.

Music also makes up a key part of the exhibition – alongside the music that plays throughout some of the videos, the photographer Ming Smith’s work, who features in the exhibition alongside @nemiepeba, the Instagram feed of artist Frida Orupabo, and content from the YouTube channel of Missylanyus, is grounded in jazz music. He calls her the “greatest Afro-American photographer ever”. He expands: “Technically what she's doing is using low-exposure to create blurred images, but then we can look at this whole idea of the blur being bound up in the black body in white space and what does that do.”

We are in a glut of African American culture and art. At the Tate Modern we have Soul of a Nation, looking at art in the age of black power, in Brooklyn there is Black Radical Women. Kerry James Marshall’s exhibition at MOCA ran until 3 July. And in west London, Jafa’s exhibition is on show until September.

But while there is plenty of beauty to be found in this, as Jafa put it himself, “If a supreme deity were to come to me and say, ‘Hey A.J, you can snap your fingers and erase every horrific thing that's ever happened to black people in the west, you can do it,’ the fact of the matter is that I can't do that without erasing them completely, you know what I mean? I couldn't possibly do that without erasing the very existence of black people in general, myself in particular and my family and everything I love in particular.”

Our artwork will always been bound up in our struggle. And the absences that exist in our lives because of it.

A Series of Utterly Improbable, Yet Extraordinary Renditions is on display until 10 Sep 2017