Alongside Gareth Wrighton, the duo turned to the Tate’s epic collection of portraiture to create their own royalty for a brand new but already out-of-stock zine – see it in full here 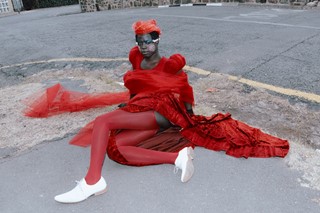 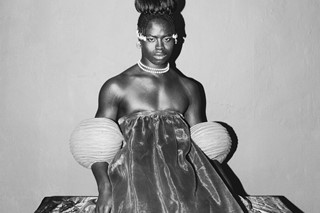 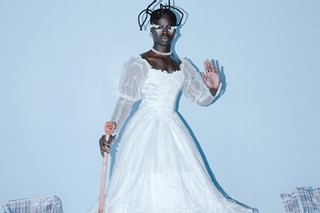 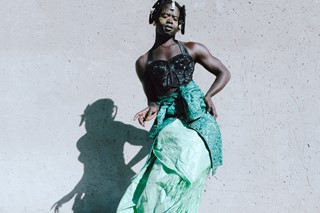 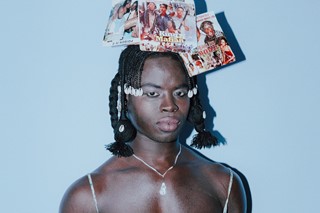 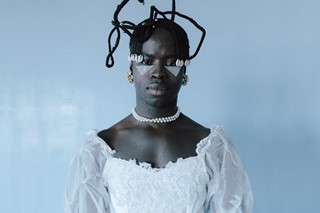 Last week, the Tate hosted the latest rendition of Late at Tate Britain, titled Stance. Focusing on the “reclamation of cultural identity through fashion and style”, the gallery invited artists and designers into the space to mine its collection of 16th-century portraits.

Inspired by these portraits, frequent collaborators, photographer Kristin-Lee Moolman and stylists Ibrahim Kamara and Gareth Wrighton have produced a new zine, titled Coachie – exclusively made and distributed at Friday’s event – to explore the boundaries of fashion, gender, and race.

“We looked at the images but made it our own,” Moolman and Kamara explain, the latter who doubles as the project’s model. “We wanted to capture the energy that the images from the 16th-century portraits had, but to create our own royal characters and push that as far as we could.”

“When we work together, it’s like our mutual insecurities and neuroses cancel each other out” – Kristin-Lee Moolman and Ibrahim Kamara

Coachie as a title borrows from Kamara’s childhood nickname but he also defines it as a word that “has been used to interpret and play various royal characters while allowing the viewer to experience each persona in their own way.” It “also describes a child who possesses the freedom of imagination and power to create his own universe regardless of access or lack thereof to the outside world.” Which is not unlike the stylist’s own work.

Last year, Kamara revealed that the late Barry Kamen once told him, “being a creative outcast in the fashion world, it’s your responsibility to influence.” And it seems he has never looked back. In an art and fashion world that can often feel stunted, Moolman and Kamara’s collaborations are like being knocked sideways.

“When we work together, it’s like our mutual insecurities and neuroses cancel each other out. We have a symbiotic creative process for sure,” they tell us. “We constantly share film and visual references, even when we are in different places. Most of our work starts with writing and we develop visuals from there – we are fortunate to be able to work together so often and continue to refine our process. We also realised that both being from African countries facilitates an unspoken understanding in regards to many things.”

Because the zine was a one-night-only thing, you’re unlikely to get your hands on one now, but Moolman and Kamara have generously shared the entire thing with us. And what have we got to look forward to next? “We have created a body of work for a show titled Items: Is Fashion Modern?, which opens October 1st at MoMA. And we are currently working on a new show opening at Red Hook Labs, NY in February next year.”