The FCKBORIS bot has sent over 10,000 messages since it was launched yesterday 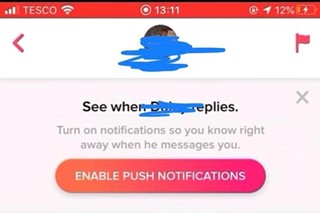 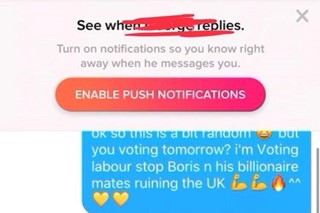 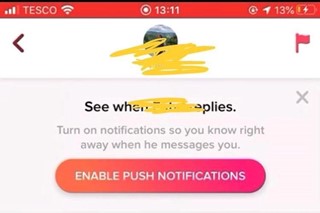 The team behind the anti-Tory FCKBORIS campaign is using a bot on Tinder to canvas under-35s in crucial marginal seats this election. Volunteers who sign up to use the bot have their Tinder profile remotely activated in marginals where youth turnout could have a clinching effect on tonight's results.

The bot then sends messages reminding matches to #KICKBORISOUT and “stop Boris and his billionaire mates ruining the UK 💪💪🔥”.

Rosa Caradonna, FCKBORIS organiser, says over 500 people have signed up since they launched yesterday, including 100 new volunteers in just 40 minutes this morning. While the bot is running, users can’t login to the app, but organisers say over 10,000 messages have been sent since yesterday, and counting.

Could sex for procreation soon be obsolete?

“With a historic youth vote expected in this election, the Tories should be worried. The team is taking new volunteers all day”, Rosa Caradonna tells Dazed.

In 2017, the bot was used to target marginals including Dudley North, a seat that Labour ultimately won by 22 votes. In total, 40,000 messages were sent in the run up to the 2017 election.

Earlier today, Stormzy urged his fans to get out and vote in a video posted online.

Others have been making use of apps like the popular short-form video platform TikTok to spread political awareness.

You can sign up to the FCKBORIS Tinder bot here