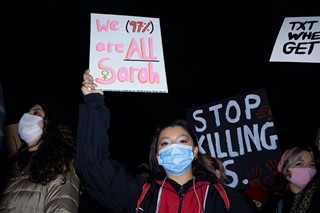 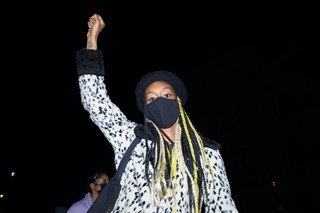 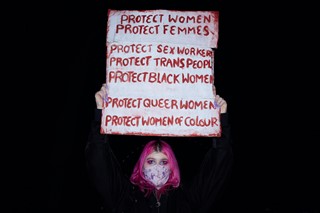 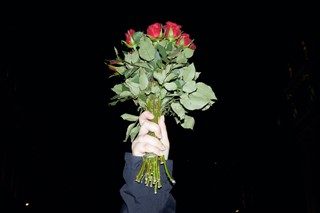 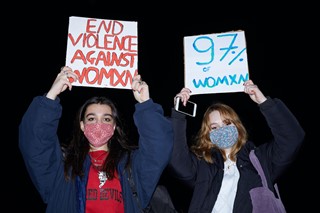 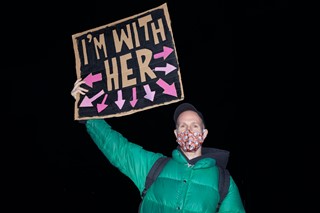 As a serving police officer is charged with the kidnap and murder of Sarah Everard, the government has come to the concerning conclusion that more police powers = less male violence against women.

Yesterday (March 15), Boris Johnson announced a series of “immediate steps” to ‘protect’ women from sexual abuse. Among these is a plan to send plain-clothes police officers to clubs and bars, and to increase police patrols as people leave at closing time. The prime minister is also set to double the Safer Streets fund, with the aim of improving street lighting and CCTV.

Unsurprisingly, the decision to send spy cops to clubs has been met with widespread criticism. Some have questioned who’ll protect women from the plain-clothes police officers, while others have cited past abuses by undercover officers as evidence that this would do more harm than good.

Labour MP Stella Creasy questioned why the measure was decided upon when it bears no relation to the circumstances of Everard’s murder. “The idea that putting plain-clothes police officers in nightclubs is going to solve this problem doesn’t recognise that women get abused, assaulted, and intimidated in all sorts of places,” she told Radio 4 earlier today (March 16).

33-year-old Everard went missing on March 3 while walking home to Brixton from a friend’s house in Clapham. The journey should have taken her 50 minutes – the last known sighting puts her just 20 minutes away from home before she was kidnapped. Her body was formally identified on Friday (March 12); 48-year-old Met police officer Wayne Couzens has been charged with her murder.

On Saturday (March 13), women attempted to attend a vigil in Clapham to honour Everard, but were told by the police that this was unlawful under current coronavirus restrictions. Led by grassroots activist group Sisters Uncut, many still attended the vigil, only to be met with excessive police violence. Today (March 16) marks the fourth day of action against state violence, sexual abuse of women, and increasing police powers.

Despite this, the government’s newly-proposed plan ignores the detrimental impact of state violence, and makes no attempt to address the systemic biases and inequalities that put women in danger in the first place. In announcing these steps, Johnson aims to shirk responsibility away from the government and law enforcement (where it lies), and onto cultural spaces and the public.

Instead of preventing harassment and assault against women, the move is likely to result in more petty drug charges, an increase in police violence against minorities, and a shutdown of more clubs – all at a time when nightlife in the UK is scrambling to rebuild itself post-pandemic.

“This proposal from the government will do nothing to address the underlying causes of gender-based violence within clubs and bars,” says Jess Poyner of the Good Night Out Campaign, which helps nightlife spaces respond to and prevent sexual abuse. “This plan will not prevent sexual violence, and it will not skill-up staff or customers in intervening if someone looks uncomfortable.”

“We know that the police are institutionally racist, so if this measure is pursued, we will inevitably see a disproportionate over-policing of nightlife spaces where people of colour gather” – Jess Poyner, Good Night Out Campaign

Poyner describes the move as “another example of the government’s clampdown on civil liberties”. She adds: “We know that the police are institutionally racist, so if this measure is pursued, we will inevitably see a disproportionate over-policing of nightlife spaces where people of colour – and, more specifically, Black people – gather, as well as in communities that have been, and continue to be, harassed, assaulted, and murdered by police.”

Hannah Camilleri, the co-founder of Girls Against, which tackles sexual assault and misogyny in the live music scene, tells Dazed: “Women are already concerned with the increasing powers that police are being given, and their subsequent abuse (of these powers). This isn’t an appropriate use of funds, and will only make us more suspicious of each other.”

In an email statement, Michael Kill, the CEO of the Night Time Industries Association (NTIA), says: “Sexual harassment is dealt with very seriously and there is zero tolerance for inappropriate conduct within our sector. As our businesses are already heavily regulated, coupled with good working relationships with key stakeholders, authorities, and the police, this additional resource would be better utilised dealing with the broader societal issues rather than focussing on licensed environments that are already highly regulated.”

Who will protect the women from the plain-clothes police officers https://t.co/MEyL2y5REA

Dazed reached out to London’s night czar Amy Lamé and were provided with this statement from a spokesperson for the Mayor of London: “The government’s plan to send plain-clothes officers into clubs and bars doesn’t address the real and wider concerns about women and girls’ safety. The mayor is clear that there must be proper consultation, rather than this being imposed on venues, bars, and clubs by the government.”

The statement continues: “If we’re to really tackle the issue of violence against women and girls – which means preventing male violence rather than responding to it – we need to properly address their abhorrent behaviour. This means the government committing to educating men and boys about the sexism and misogyny which leads to abuse and violence towards women. It’s crucial that the government makes misogyny a hate crime, ensures longer sentences for perpetrators, and outlaws sexual harassment.”

Johnson’s announcement is a dangerous distraction – violence against women is systemic and is encouraged by the state. Increasing police powers will only serve to exacerbate the problem, and is a further attempt to reduce our rights. Ironically, these measures (to ‘protect’ women) have arrived just as women’s rights are being rolled back as part of proposed changes to the Police, Crime, Sentencing, and Courts Bill. This week, MPs are debating the amendments, which could see increased restrictions on protests, as well as ‘reforms’ to the criminal justice system.

Not only do the suggested changes pose a threat to our human right to protest, Rights of Women say they “ignore a history of violence against women at the hands of police, with Black and minoritised women at the sharp edges of these abuses”. In a statement on Twitter, the group said: “Far from reforming our broken justice system and supporting survivors, this bill entrenches a reliance on powerful institutions with histories of discriminatory approaches and weak accountability mechanisms, and does nothing to address the underlying causes of offending.”

Instead of employing spies and increasing police powers in an attempt to reduce violence against women, Camilleri says that the government should increase funding for “proper sex education”, reform the justice system, and offer nightlife venue staff more training”. While Poyner states that “real cultural change comes when we build on the work that communities already do to keep themselves safe”.