First, I heard the *pop* of the car crash. Second, I saw the line of cars ploughed forward into the crowd, people falling off the hood of the attacker’s vehicle. Third, I felt my heart drop. The thing our community had worried about became real. Sometimes people call attacks like these ‘unthinkable’. This was not unthinkable. It was all I had been thinking about for weeks.

The story of the terrorist attack in Charlottesville, Virginia on August 12 (a12) doesn’t begin that morning. Nor does it begin the night before, when I was surrounded by angry, hateful young men with tiki torches, chanting Nazi slogans, wearing memorabilia of the Third Reich and its legacy. This story doesn’t begin in Vinegar Hill, the black community Charlottesville razed in the 1960s to make way for a shopping centre. The story doesn’t even begin in 1958, when the City of Charlottesville partook in Massive Resistance in an effort to protest the racial integration of public schools. The story begins with Thomas Jefferson, the founding father whose Monticello home still stands in the Charlottesville hills – and who was a slaveowner.

Charlottesville’s troublesome racial legacy hides beneath our city’s progressive veneer. A self-identified college town, Charlottesville sees itself as a champion of liberal values. A free speech wall adorns our famous Downtown Mall. Locally-created sculptures line our highways. Our mayor declared us ‘Capital of the Resistance’.

But Resistance means showing up, even when it’s hard, even when it’s unpopular, and sometimes, even when it’s illegal. And Charlottesville’s municipal government was given many opportunities to resist. They failed, and now a young woman is dead. In the weeks leading up to a12, I and many other local activists worked overtime, pushing the city to revoke the Unite the Right rally permit. Central to the revocation argument were well-documented threats of violence against our community, against City Councilors, and threats against activists. “We need military guys to crack skulls,” read one comment on Daily Stormer, the main neo-Nazi forum.

“a 20-year old black man was beaten in a parking garage next to the police station as the rally went on, his skull smashed with a pole wielded by a man wearing makeshift armour and camo”

A 20-year old black man was beaten in a parking garage next to the police station as the rally went on, his skull smashed with a pole wielded by a man wearing makeshift armour and camo. “Done... I say take them out all together,” read a Facebook comment from James Jason Powers. A man drove his car at a high rate of speed into a crowd of peaceful demonstrators.

A12 is a story of a community going unheard, a community literally begging its leadership to put the material threats to safety before the principles written some 200+ years ago by Mr. Jefferson, sitting just up the hill. A12 is also a story of those pleas for help being heard by people in other communities around the country, people who came to defend our streets against a Nazi invasion. People who had our back. A12 is the story of the score of young UVA students who bravely locked arms around a statue of Thomas Jefferson as a torch-wielding mob, outnumbering them 10:1, surrounded them and hurled threats, insults, and bigotry before dousing them with lighter fluid, pepper spraying them, and beating them with torches. I was there, drawing the attention and hatred of a man wearing a swastika pin, streaming in real time for the world to see. 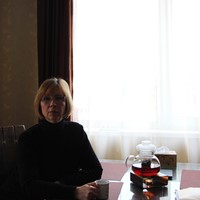 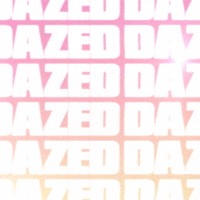 These are literally young UVA students age 17-23 standing up to a sea of white supremacists and neo-Nazis surrounding them #Charlottesvillepic.twitter.com/VEU3mU9d3o

And a12 is not least the story of a white supremacist terrorist attack – unambiguously white supremacist, unambigiously a terror attack, with no other legitimate explanations. I was there, too, mere feet away from the attack, trying to clear the streets. As soon as I knew what happened, my heart sank. A celebratory moment turned to the nightmare scenario I had worried about for weeks. I ran to the car, drawing my weapon in case he decided to pop out and start shooting. Instead, he sped away in reverse and attempted to flee.

“A celebratory moment turned to the nightmare scenario I had worried about for weeks. I ran to the car, drawing my weapon in case he decided to pop out and start shooting. Instead, he sped away in reverse and attempted to flee”

Every detail of the rally, the counter-protest, and the attack will be played out in detail over and over. But what we cannot lose when we tell the story of a12 is how tirelessly people worked in the weeks and days leading up to the event, trying to prevent the loss of life. I have never worked harder at anything in my life. Perhaps we failed. Heather is gone.

But a12 is also the story of all the solidarity marches around the world, of the rapid crumbling and exposure of the alt-right, from local bigots all the way up to the US Presidency, and of the Confederate statues coming down all around the world. And the more time I put between myself and the event’s worse moments, the more I believe that quite a few lives were saved indeed. Now that we see what our town’s past ultimately leads to, it is time for us to use the legacy of a12 to address and rectify the centuries-long wrongs we did to people in the name of white supremacy. Charlottesville showed up on a12 to resist white supremacy. If we can address our racist past, perhaps we can think again about becoming that ‘Capital of the Resistance’ after all.