A new exhibition looks at the British master’s monochrome years, showcasing the development of his eye for documenting life’s quotidian moments 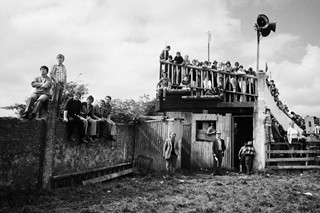 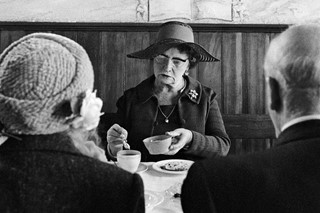 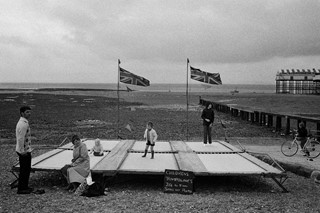 The concept of what it means to be British is one Martin Parr has continually returned to throughout his career. With collections such as The Last Resort and Think Of England, Parr has drawn acclaim for his witty, class-focused critiques of society, which are often presented with a bold and colourful aesthetic.

A new exhibition of Parr’s work entitled The Ceremony Of Life offers an alternative view of the British master’s work, focusing on Parr’s little-seen monochrome photographs which he took before moving onto colour film in 1987.

Parr once said that "black-and-white is certainly more nostalgic, by nature," and that his early “black-and-white work is more of a celebration and the color work (is) more of a critique of society." However, in the photographs showcased in his latest exhibition, the seeds of social commentary that he would later sow can also clearly be seen.

Certainly, there are more gentle images in the collection which explore life’s quieter moments. Images of businessmen waiting at train stations in the fog, or men fixing doorframes are indeed nostalgic in their simple rendering of a bygone world. And yet in many of the photographs we sense the beginnings of Parr’s commentary on what it means to be British. Take, for example, the image of a refined middle-aged woman carefully sugaring her cup of tea, sitting directly beneath an image of Jesus at the last supper. Do many images of the last 40 years quite so accurately condense a whole spectrum of British values into to one shot? I should think probably not.

At a time when, more than ever, we are being asked to ruminate on what ‘Britishness’ means exactly, let’s hope the exhibition acknowledges the timeliness of these images, and avoids simply tipping into nostalgia.