Delve into a pre-Photoshop world with the game-changing designs from a trio who redefined album art through a surrealist, DIY approach 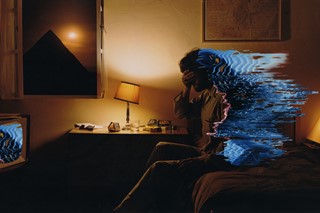 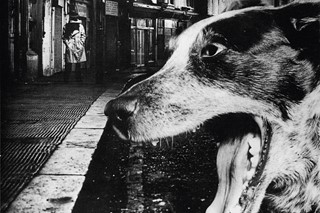 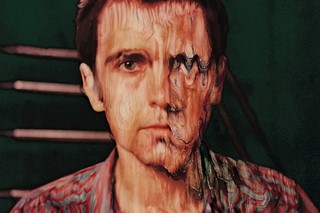 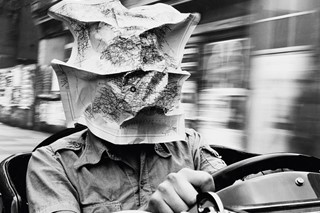 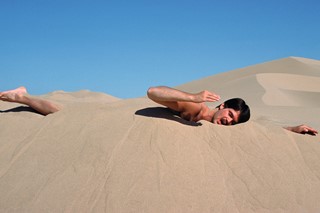 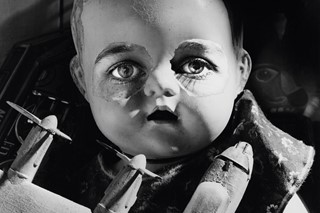 “All I can say is I wish I had Photoshop in those days,” laughs Aubrey ‘Po’ Powell, one-third of the genius photo design company Hipgnosis that ran from 1968-1982. Formed after being asked to design a friends’ album cover (that is, Pink Floyd’s 1967 A Saucerful of Secrets), alongside co-founder, Storm Thorgerson (who sadly passed away last year) and fellow designer, the late Peter Christopherson, Hipgnosis’s impact on album art is immeasurable. Celebrated in a new book Hipgnosis Portraits, out today and featuring both seen and unseen works, the trio shunned the “boring”, static portraiture populating album covers at the time, instead embracing surrealism (Salvador Dali, Rene Magritte and Man Ray were inspirations) and a DIY attitude to design, see: taking an eraser to Peter Gabriel's face for the Melt cover or popping a handful of prints in the oven to cook. All in a time of early desktop design and (actual) cutting and pasting – long before the digital revolution took hold.

“There were often Hasselblads being thrown across the studio floor at each other, but somehow that worked,” Powell says, remembering the halcyon days where their chaotic Denmark Street studio reigned supreme. “When you’re in a creative community like that you can’t just live in harmony, you’ve got to have friction, and we had plenty of that.” Although gone are the heady days where the trio created some of the most iconic album covers to date – Pink Floyd’s Dark Side of the Moon, Syd Barrett’s The Madcap Laughs and Peter Gabriel’s Melt – the Hipgnosis legacy runs deep. Below, we chat with Powell about life pre-Photoshop, the band that got away and why the Sex Pistols changed everything.

That time – when you started – was pretty revolutionary, even by today’s standards – how did Hipgnosis come about? Was there just a gap in the market?

Aubrey ‘Po’ Powell: The company came about not by any other way but just a kind of symbiotic association with what was happening culturally at the time. It was a peaceful revolution that was going on in and around London, and I was a student with my partner [Storm Thorgerson], and we were very old friends with the guys in Pink Floyd. Because Storm and I were studying film and photography they naturally asked; “You got any ideas for an album cover?” We did [A Saucerful of] Secrets in 1967 and within a couple of years we were flavour of the month.

What was the chemistry like between the three of you?

Aubrey ‘Po’ Powell: Storm was primarily the ideas guy, I was primarily the photographer and Peter was somewhere in between. Peter was very dark, he was very much an outsider to Storm and me who were far more from the hippy generation. But the chemistry worked incredibly well. It was quite volatile, but that somehow led us to be very sincere and very dedicated to the work that we were doing.

You completely subverted the normality and mundane of album portraiture...

Aubrey ‘Po’ Powell: All rock bands in those days were open to anything that wasn’t just a straight portrait of themselves – they didn’t want to be just seen. The Beatles started by just having portraits of themselves on album covers, and then along came Sergeant Pepper which was so radically different and everybody went; “You know what? If they can do it we can do it.” From then on in it was fair game. If you look at Peter Gabriel, the Melt cover, which is a Polaroid treated with a pencil just rubbed all over it to create these really rather unpleasant images. How brave of Peter Gabriel to have his image distorted so badly – disfigured so badly – and put on the front of an album cover? For us, it was fantastic!

And pre-MTV, before music videos came in, it was these images that you were creating, and this artwork, that was so important in establishing a band’s image...

Aubrey ‘Po’ Powell: In those days there was no MTV, no YouTube, no digital world. So the outlet of identity for an artist was on an album cover, and when people bought an album they would pour over it to try and get some inkling into the life of the artist that they love to listen to. So it was very important that the album cover went along with the music, but of course the artists themselves wanted to be portrayed in a way that they felt represented their music and represented what they were trying to do on stage or anything else.

The launch of MTV was a point where you changed direction and decided to make music videos instead of album art – was that unavoidable?

Aubrey ‘Po’ Powell: In 1976-77, a band called the Sex Pistols turned up on the scene, who we shared a building with, they were that new, up-and-coming outrageous thing, and we were still the old hippies! As soon as Jamie Reid did that first album cover, Never Mind The Bollocks, which was just torn up bits of newspaper on a pink background, we knew the game was up because basically that cost about £2 to do, and we were working on album covers that cost £50,000. The writing was on the wall.

What are your thoughts on graphic design technology now?

Aubrey ‘Po’ Powell: All I can say is I wish I had Photoshop in those days! It was a long process to produce an album cover – it took weeks of time because everything had to be shot on 30mm, developed, processed, then prints had to be made, then you had to choose prints. Nowadays it’s so fast. The only thing that I think is different in the digital world, the bad side, is that people want answers now. There’s no time to deliberate, and we had that luxury to really build things and take days to work out what we thought worked best. And even though you have endless options through the digital world, not always the best thing is decided digitally.

What do you feel the Hipgnosis legacy is?

Aubrey ‘Po’ Powell: We were fortunate enough to be around in what I call the ‘Salad Days’ of that kind of design. The halcyon days of design between 1967 and 1982 – this is when album covers absolutely were at their peak in terms of design, and I think what Hipgnosis did was make a stamp on that cultural scene, especially in England, bands that were so prolific around the world, Led Zeppelin, Genesis, Bad Company, Pink Floyd, The Rolling Stones, and we were part of that. And if I look at something like Dark Side Of The Moon – which is probably the most iconic vision we were known for – probably more than a billion people have actually seen that image and can recognise it. I think that the timing of everything was very fortunate for us, and I think we have probably left a bit of a mark.

Lastly, who was the one that got away?

Aubrey ‘Po’ Powell: The Doors. They were very open to surreal ideas, and actually, at one time we were asked to design for them and then it just never happened and so I always felt a bit sad about that because they were my favourite band –  I thought The Doors were incredible. But, you know, things like that happen, you can’t work for everybody in this life, but we were fortunate to work with some of the very greats, so what can you say? We’re lucky. I’ve had a fabulous time.