The Magic Know-How is the mystical title for a new audio-visual exhibition from Laura Buckley, London-based artist and former nominee for the Converse/Dazed Emerging Artist Award. At Sheffield's Site Gallery, Buckley is creating an immersive, site-specific installation in which 'cold technology retrieves a personal memory'.

Videos interspersing clips of the artist’s own life with popular culture references and abstract colour fields will be projected through prism-like, semi-transparent structures onto a series of sculptures, populating the gallery space. Heightening the visual references to Buckley's domestic experience will be an audio element generated by her ongoing collaborator, Andy Spence of NYPC.

Before its opening night on 9 August, Buckley reveals a video teaser for The Magic Know-How, in which material production processes are exposed and fragmented, while shimmering shapes submerge in pools of crystal-clear water.

Can you describe the work you'll be exhibiting in The Magic Know-How?

I'm producing a new audio/video/light installation, which will sprawl and overlap throughout both galleries at Site. The show will be made up of around five or six projections, all synchronised with a soundtrack. I use video projection sculpturally and the moving image will refract all around the walls, ceiling and floor of the vast space; this is done by projecting through and onto large-scale reflective sculptures, and overspill plays a big role in the overall composition, fragmenting and abstracting the video.

How did the title arise?

'The Magic Know-How' is a phrase from a track by Andrew Weatherall called Big Smash Up. Andrew produced the track in response to my video Digital Skin for Out Of Focus, an online platform curated by Rosie Cooper and Ariella Yedgar. The curators commissioned the new video work which has sound produced by David MacLean from Django Django. They asked me to pick two others to contribute to the site. I've been a fan of Andrew's work since the 90s. Laura McLean-Ferris is an amazing writer and she created a beautiful and intimate text piece with film clips called Intense Proximity. The video content and editing techniques from the Digital Skin video have progressed and expanded for the Site show, with continued fetishisation of materials, surfaces, pixels and subversion of technology and the machine.

Does this mark a new direction in your work?

I'm working with Andy Spence from the band NYPC to produce the soundtrack. I made a video for them last year in one of my installations. Where previously I was doing sound on my own, it’s great to go into the recording studio and work with Andy. We have a lot of similar ideas on things and he understands where my head is with my practice. We are creating a sonic environment that works with the video, going in and out of repetitive, synthesised sounds and tones, human voice and ambient noise. My work attempts to arouse and evoke various mental states. Previous recent installations and soundscapes have often been centred in anxiety or melancholia. I wanted this show to be a celebration. It is calm and contemplative, at times shifting into heightened euphoric zones. 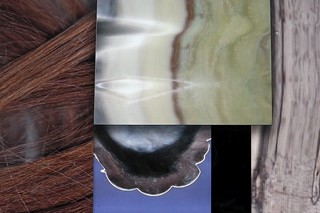 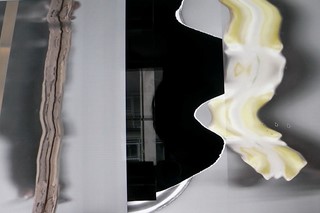 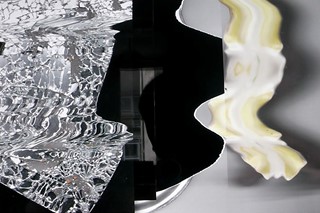 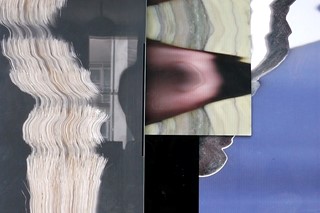 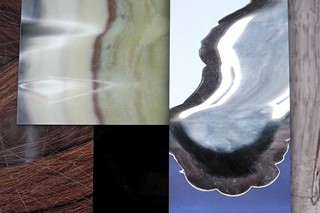 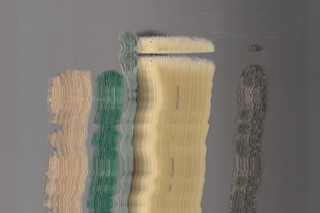 The exhibition deals with notions of personal, domestic life experience and popular culture. Can you reveal more about your preoccupation with these subjects, why they interest you?

My practice was exploded open when I became a mother, allowing much more colour and feeling into my work. It was when I started working with moving image. The subject matter of the videos moves between imagery produced by manipulating and animating my 2D scanned works and footage from my everyday life. The scans also exist as prints and are made using objects I have selected due to their physical properties, or because they have a personal or emotional significance for me. The more technical and rhythmic video editing is combined with everyday scenes from life, so it’s breaking into and out of reality all the time. The footage is personal to me, but it is important that it could be anyone's life playing out in the work. No characters are recognizable; it’s just background voice or slight hand gestures. Much of what I do is connected to memory and relates to thought patterns and what we can't quite grasp.

What other ideas or concerns are at the forefront of your mind at the moment?

The situation with university fees and cuts in funding the arts is very bad indeed. There is a whole section of society that is being excluded from further education, and it shouldn't be happening.