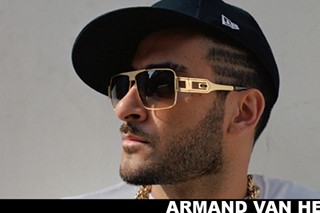 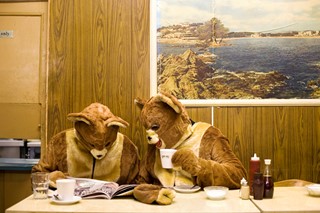 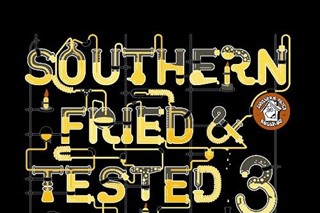 Label founder and 90s DJ megastar Norman ‘Fatboy Slim’ Cook will be celebrating Southern Fried's latest anniversary by releasing the third in their Southern Fried & Tested mix compilations, showcasing brand new exclusives, unreleased gems and classics from over the years. Joe Goddard of Hot Chip and Raf Rundell aka The 2 Bears have mixed the first half, featuring music from Appleblim, Armand Van Helden, Crookers, House Of House, The Black Ghosts and of course The 2 Bears themselves. Whilst Thomas Gandey, formally known as Cagedbaby or ‘the king of bouncy tech-house’, throws in some Shinichi Osawa, Miike Snow, Solid Groove, DJ Touche alongside his own productions. We speak to head of A&R at the label, Nathan Detroit about Southern Fried today...

Dazed Digital: Tell us about the new acts on the label.
Nathan Detroit: The 2 Bears are making proper House music mixed with their many influences to rock the club or your heart, beautiful songs and structure, New Ep The Bear Hug and album coming this Summer. The Shoes - French chic indie boys that soothe the soul with their album "Crack My Bones" Out In March. Luca C & Brigante - Cosmic Italians that are putting together an album of Balearic Bliss, with some help from Andrew Weatherall and Richard Norris, amazing vocal collaborations with Ali Love and Zeb (Mountain Of One) plus Roisin Murphy..

DD: You must see a lot of acts, what is it that makes you want to sign a particular one?
Nathan Detroit: My guts.

DD: What is your favourite track of all time?
Nathan Detroit: Probbaly somehting from Talking Heads but never been able to narrow it down!

DD: What's going to be the next big thing in music?
Nathan Detroit: Luca C & Brigante, The 2 Bears and The Shoes

DD: What is next for Southern Fried?
Nathan Detroit: An exciting year with New Albums from The Black Ghosts and The Whip plus all our new signings... alongside loads of great 1 off records and a good selection of Club bangers