The disco-tinged electro producer returns with with some insight to his new single, haunted curries and the linguistically challenged. 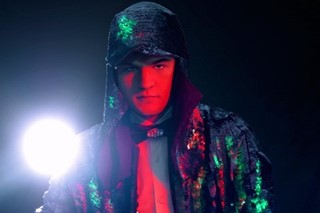 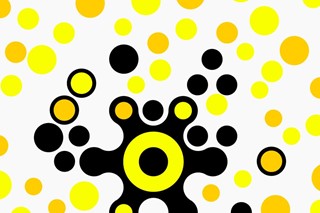 With a Top 5 album in the US electronic music chart and a sell-out tour with The Twelves, Graeme Shepherd aka Grum has more than proved his electro tunes are infectiously catchy. With remix commissions from Lady Gaga, Passion Pit, Marina & The Diamonds, Goldfrapp and more, the young producer has been hard at work. Since his last release ‘Can’t Shake This Feeling’, Grum is returning with his own brand of sun-kissed ‘cosmic-electro’ in his brilliantly carefree single, ‘Through The Night’. The video alone really is hilarious - featuring two 'bromantic' police officers embedded in 80s pastiche, it's almost emblematic of Grum as a whole, in the best possible way. Seeing a release on 6th October, the original sits alongside a full club mix from Grum, and remixes from Swiss Menergy and Tom De Neef, winning support from Radio 1 heavyweights Pete Tong, Annie Mac and Zane Lowe to name a few. Naturally, we wanted to speak further with Mr. Shepherd.

Q & AWHAT'S....so special about you, then?
Erm, I guess people seem to like my music. Maybe I’m good at it. I also wear a vivid array of bow-ties in press shots which many people seem to enjoy.
...your worst vice?
I’ve started drinking a lot of coffee while working.  I think its turning into an addiction…I’m sure a coffee machine will be the next thing I buy.
.the story behind your name?
It started out as a nickname at university.  My real name is Graeme so I guess its easier to say Grum if you’re linguistically challenged.
...the world coming to?
Humans seem to be suffering from more and more self imposed guilt, ie, feeling bad about smoking, and drinking, and doing things which might harm the environment.  I say: don’t worry, be happy.  Listen to some Hall & Oates.
...your worst fashion secret?
I’m not really much of a fashionista so anyone in the know would probably scoff at most of my clothes choices.  I don’t really care though.
...your favourite website?
www.takeaweirdbreak.com. It trawls all those wonderful women’s ‘real life’ magazines and finds all the good headlines.  Some classics: “I found a willy in my bag of sweets”... “Our curry’s haunted”... and “Carjacked! Then force fed MEAT PIES!”
...good for breakfast?
I tend to like fruit for breakfast, it makes me feel more awake and alert, plus it makes me feel all self-righteously healthy which is an added bonus.
...the best thing about your hometown?
Leeds has some of the big city vibe but without some of the drawbacks…You can pretty much walk anywhere in the city centre.  The airport is also tiny so I can leave it till the last minute to get there for a flight.
...at the top of your shit list?
Mastering houses which work with the big labels and destroy the sound of my remixes.  You know who you are…
...are you listening to now?
I’m enjoying some of the deeper house and disco edits scene.  Soul Clap's Break 4 Life is great.
How would you describe your work?
Glittery contemporary cosmic disc-o.
Read More